Sometimes, even the darkest clouds have a silver lining. In the case of The Alley Cat Rescue in Mt. Ranier, Maryand, that silver lining was found inside a donated cat carrier that showed up at the front door one morning.

A staff member named Grant found the carrier, and didn’t think much of it. Some shelters receive donated carriers several times a month.

But then, he saw the note on top. 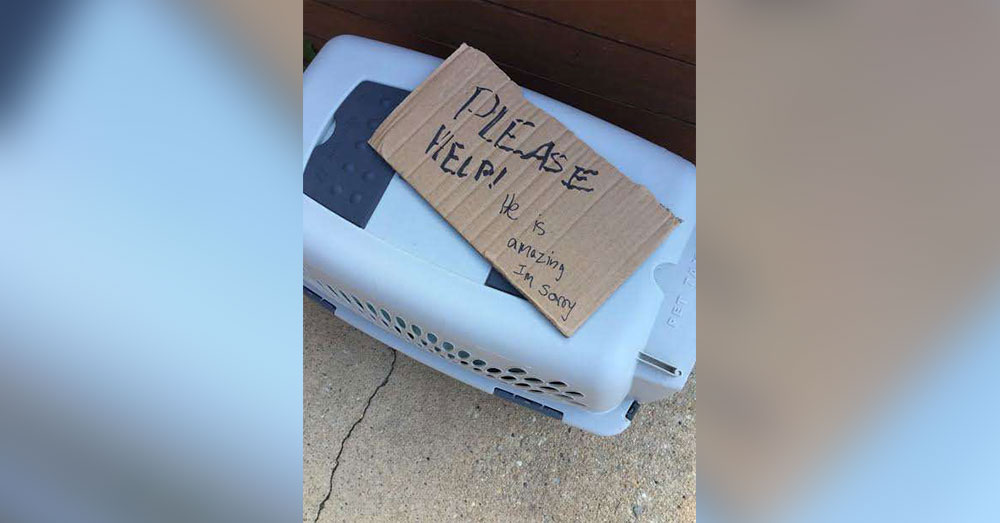 “He is amazing. Please help,” someone had written, followed by, “I’m sorry.”

Inside the carrier was a 3-month-old kitten with an injured eye. 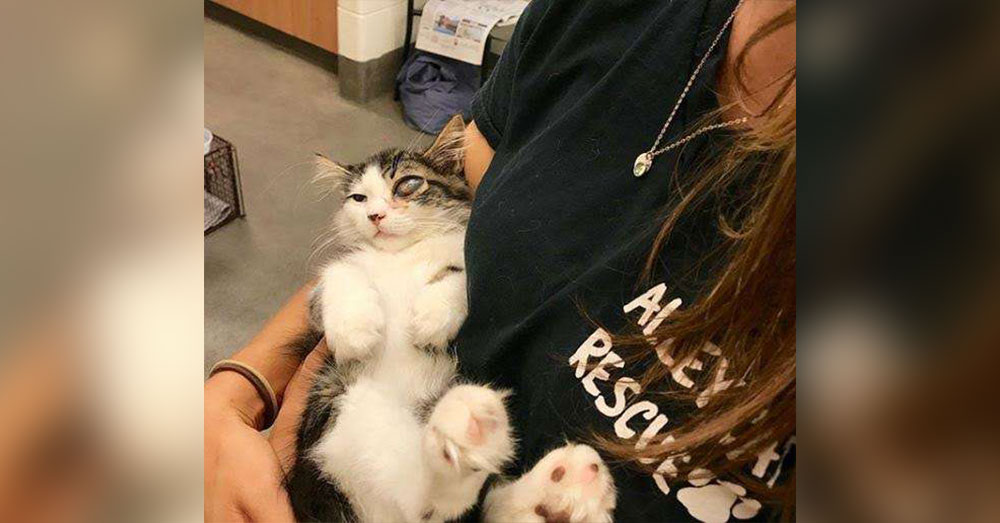 “His eye was swelled up, probably twice its normal size, so we knew right away that we had to help him,” Grant said. “Our vet looked at the injury and thought it was a sudden trauma, such as the kitten falling or something got hit into his eye. There was no sign that this was an intentional injury, so right now we think an accident happened, and his previous owner just got overwhelmed.” 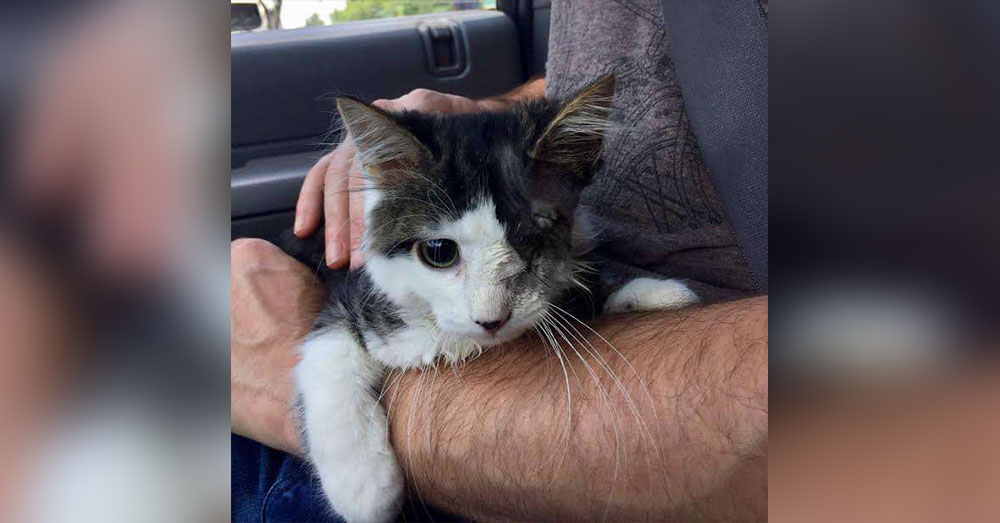 The shelter staff named the kitten Kobu. They had to surgically remove Kobu’s eye, but he made a full recovery.

“He is definitely a resilient kitten,” Grant said. “He has been such a champ through everything. When we first found him he was withdrawn, but has done a complete 180 since then. He is now a happy and goofy boy.”

Kobu is quickly making friends at the shelter.

“He loves the other kittens and is constantly cuddling with them and playing with them,” Grant said. “He really is amazing – he’s such a sweetheart.” 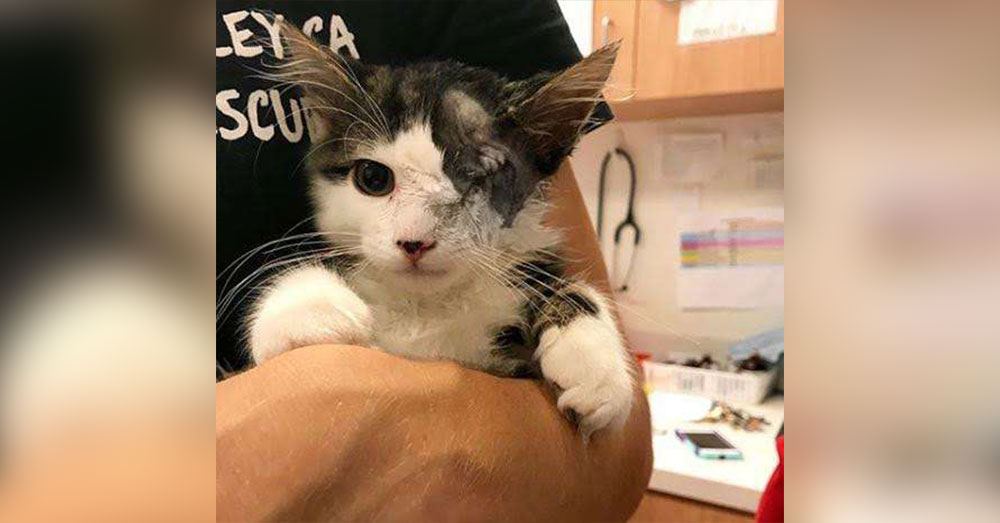 “He also loves to meet new people,” she added. “Anytime a new person comes into the kitten room, he runs up to them and immediately wants to be pet.”

Kobu even started playing around with the adult cats. He’s no longer a shy little kitten! 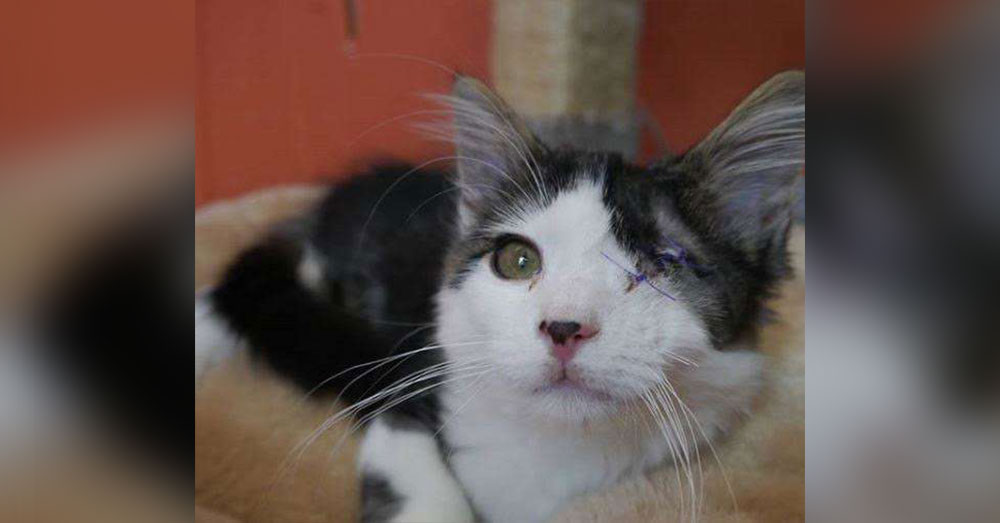 Grant says that Kobu would do best in a home with other cats.
“We’re looking for him to go to a home that currently has another cat, or [with someone who] is willing to adopt him along with another cat,” she said. 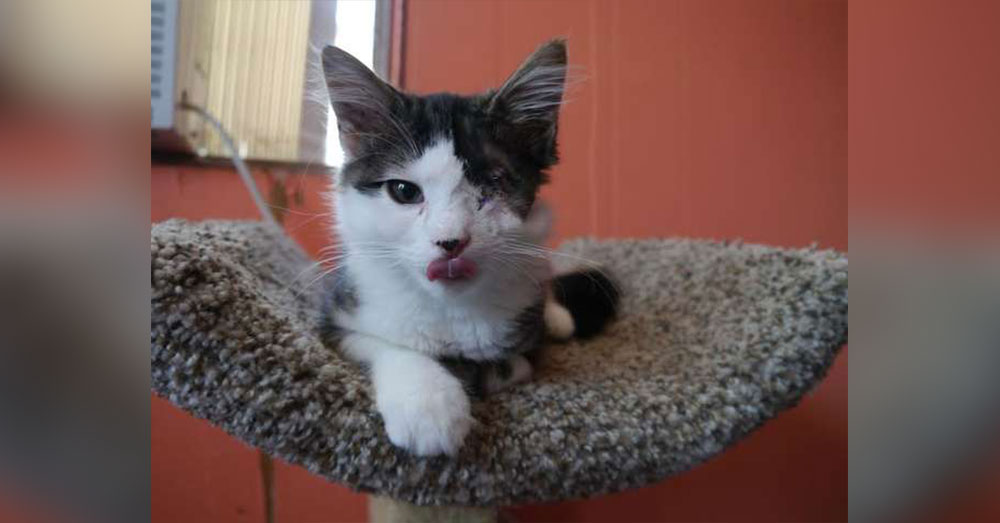 The note made it clear that Kobu came from a caring home, though his previous owner could not give him the care he needed. Leaving a tiny kitten outside the front door of a shelter is still a risky maneuver. Especially in the summer months, the heat could have stifled the animal in the small cage.

“We’re always willing to help people when we can and provide advice, so we’re glad the person brought the cat … but we hope that if someone is in a similar situation, they knock on the door, and we’d be happy to help them as we can,” Grant said.