Man Drove 2 Hours To Adopt A Cat, The Owner Crushed His Heart With These Texts

The Greek-born UK-based writer and actor has a stable home and income. He has a background in law and economics, he’s given TED Talks, and he runs the Sturdy Beggars Theatre Company. Andreou is responsible, and more than capable of caring for a pet.

Instead of buying his cats from a pet store, Andreou made a humane decision, and drove two hours to pick a pair up that “desperately needed rehoming,” he said. 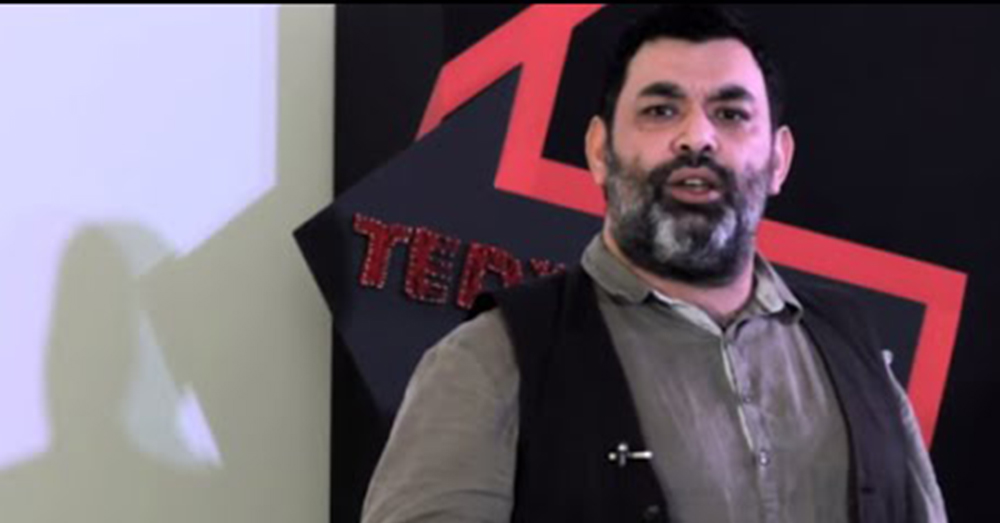 But when he got there, the owner turned him down.

So, I just travelled two hours to adopt a cat that desperately needed rehoming and was turned down for being gay. WTF IS WRONG WITH PEOPLE. pic.twitter.com/XDwYELdkn7

After questioning Andreou about his sexuality through text message, it was clear they were not interested in rehoming their animals with a gay man.

So now I'm on the bus and I'm sobbing and people are staring at me because the truth is it hurts as much as when I was 8 years old.

“So, I just travelled two hours to adopt a cat that desperately needed rehoming and was turned down for being gay,” Andreou tweeted. “WTF IS WRONG WITH PEOPLE.”

A friend of Andreou’s agreed to help him get the cat, be she too was turned away.

I have another update and it's not good news. This just in, from the friend who was getting the kitties for me. pic.twitter.com/5fSW7oVqvU

Then, the story took a strange twist. Andreou did some research and learned the owner had turned several people down, even though she had been advertising the cats for months.

THE PLOT THICKENS! I did a reverse image search. Curious to see if she responds. Quite clear there are no cats. Just a strange power-trip. pic.twitter.com/dxxuemtzxs

He found the same picture she used for her cats on the website of a company that makes French windows.

“They’re clearly not your cats,” he wrote the owner in a text message. “Why would you make all this up just to upset people?”

She just called me!!! Says I'm right, she's been advertising for months and has rejected a lot of people, but only out of love for the cats.

The woman eventually called Andreou back and admitted he was right.

“She also said the reason she used a stock photo is that she doesn’t have a camera and all cats look the same,” Andreou tweeted.

The upshot is I am REALLY ready for some cat-love after all this BS. So, if in London and looking to rehome a cat (two even better), DM me.

I live in Bermondsey, work from home, am a "seasoned" cat parent with a good local vet, and own my flat, incl. large enclosed outside space.

The story doesn’t end there. Before long, Andreou was fielding messages from all over London; caring cat lovers offering support, love, and kitties.

George and Freddy came from a local shelter, were neutered shortly after Andreou could claim them, and were soon enjoying life in their new forever home.