Dogs can make friends with all kinds of animals. But there is one sweetheart from San Francisco, California, who enjoys spending her time with the gophers that live in Francisco’s Golden Gate Park. A golden retriever named Fiona is all about that gopher life. She has made it a routine to socialize with the animals that sit in her local park.

In the video, Fiona is eager to say a quick hello to the gopher who seems completely disinterested. The tiny rodent is busy digging his hole. 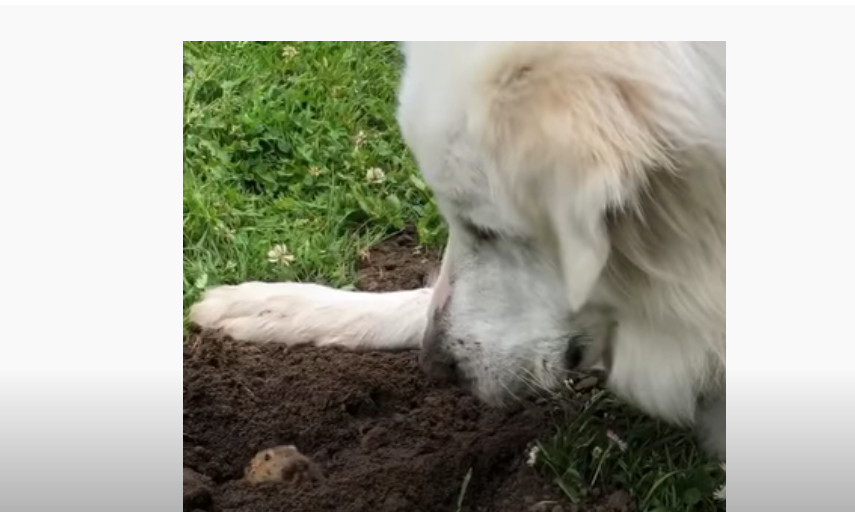 But Fiona doesn’t seem to mind waiting. In fact, she will often do this and that kindness and patience have actually won her a few friends from the gopher community.

This pooch will often fight to stay where she’s at, and will often resist all attempts to get her to go home. Can’t blame her there – sometimes you enjoy hanging out with your friends and don’t want to leave.

Watch the cute video below: