She Thought She Was Rescuing One Dog. But In The End, She Found Out Something Totally Unexpected!

This white German Shepherd, named Gemma, was suffering from a severe, but treatable, case of Demodectic Mange that covered 70 percent of her body. She had hair loss and oily residue all over her fur, but instead of taking her to the vet, her family brought her to a shelter. Gemma had obvious discomfort, and a volunteer at the shelter knew she had to do something to help her. 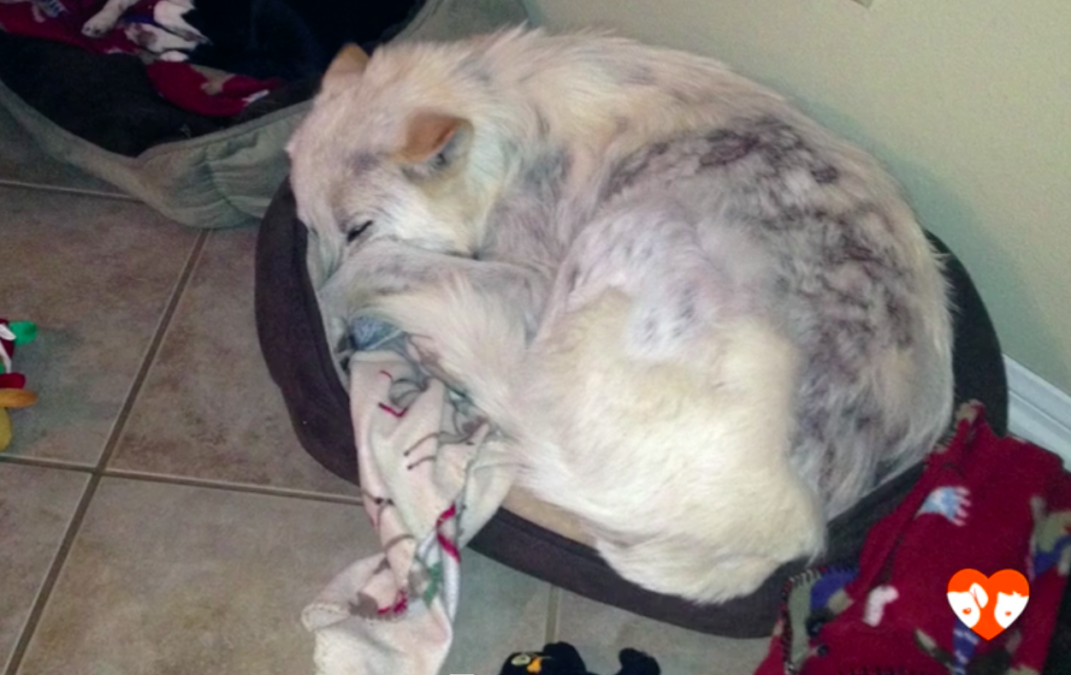 Jolene, an adoption counselor at St. Bonnie’s Sanctuary, an animal rescue based in Canyon County, CA, took Gemma in and began treatment right away. Jolene gave her many baths and meds and took care of her around the clock. The two of them were always together and quickly developed a very strong bond. 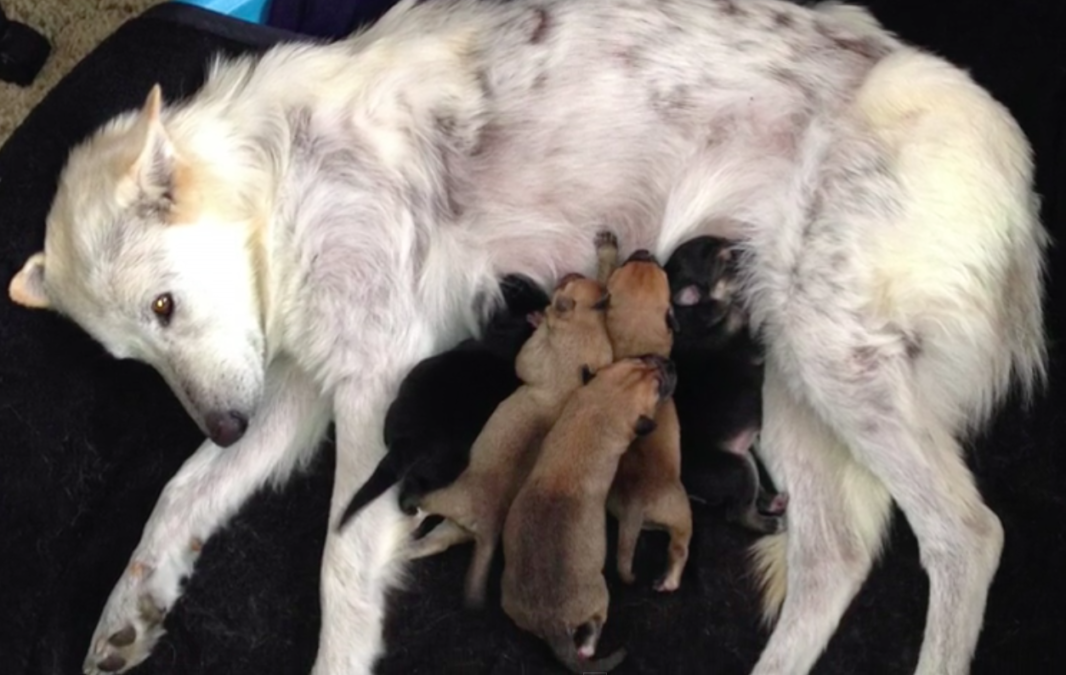 After some time, Gemma began recovering well; her skin was healing, her fur was growing back, and she also was gaining weight. Soon enough, Gemma gained so much weight that they finally realized that she had been pregnant all along! She soon gave birth to five healthy, adorable puppies! Once the pups were old enough, they were all adopted. Gemma’s treatment continued and she eventually found her forever home as well!

Rescuers thought they were saving just one dog, but in the end, they saved six! If it weren’t for their rescuers, these puppies would have been born in a shelter and would not have gotten the best start to life. Now they will all get to grow up in loving homes and get all the love and care they deserve!