Over 40 Neglected And Starving Animals Were Rescued From Rafah Zoo

Rescuers raced against the clock to remove over 40 malnourished animals from deplorable conditions at Rafah zoo.

The zoo was recently in the news for cruelly declawing one of the lions so visitors could play with her. Four Paws International stepped in to rescue all the animals.

Gaza, where the zoo was located, is under a blockade due to multiple wars between Israel and Hamas. The hard times caused by the wars had taken a tole on the people and zoo animals that were neglected and starving.

The rescuers needed to rescue the animals and transport them back over the border before it closed. 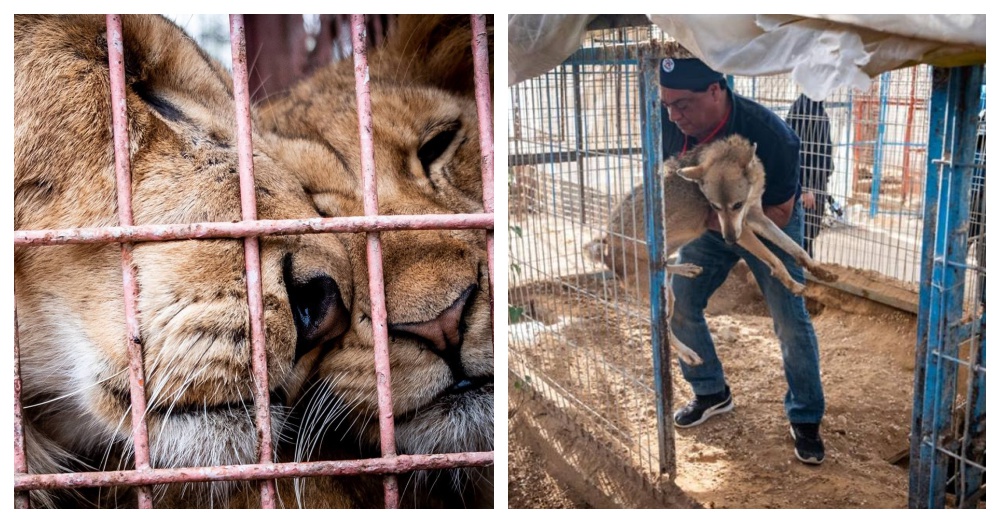 The rescue team arrived to start emptying the cages but found the animals were stressed, making it much more difficult to move them. A lion refused to enter the crate and escaped onto the roof of its cage. Thankfully, rescuers were able to capture the lion and get it into its crate. They tranquilized many of the animals to make the journey less stressful. The team continued to evacuate the animals until all the cages were empty.

“The zoo has been in a bad situation in recent years due to economic and political turmoil,” said Amir Khalil, a veterinarian from Four Paws International. “Most of the animals had a sort of traumatization.” 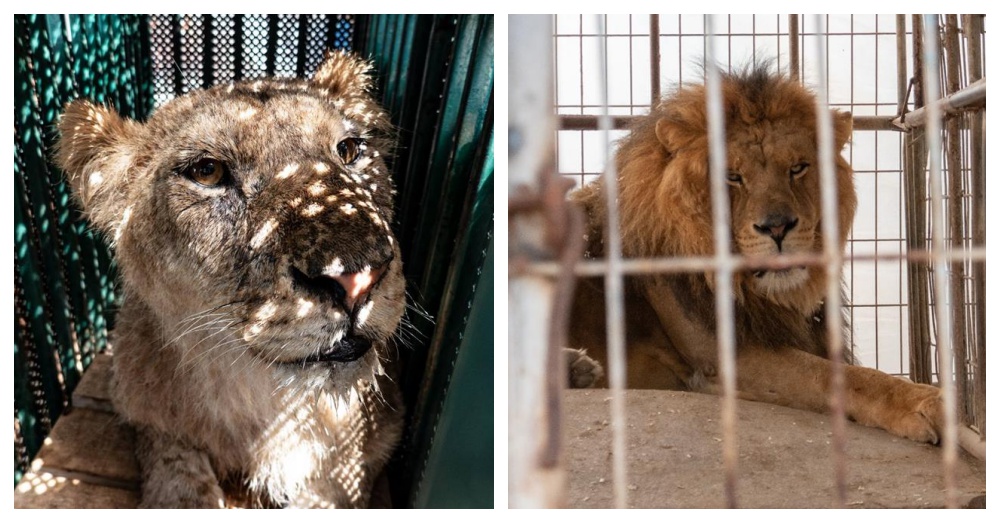 Lions, monkeys, wolves, baboons, porcupines, emus, and hyenas were just a few of the animals rescued. A total of 47 animals were taken from the zoo and loaded onto a truck to be transported to sanctuaries in Jordan and South Africa. This was the largest rescue the charity has completed and all within 24 hours. The team made it to the border with only minutes to spare.

Photos captured of the rescued animals show two lions snuggling together in a cage that are about to feel grass for the first time. Another photo was posted of a hyena that will finally live in a species appropriate enclosure. 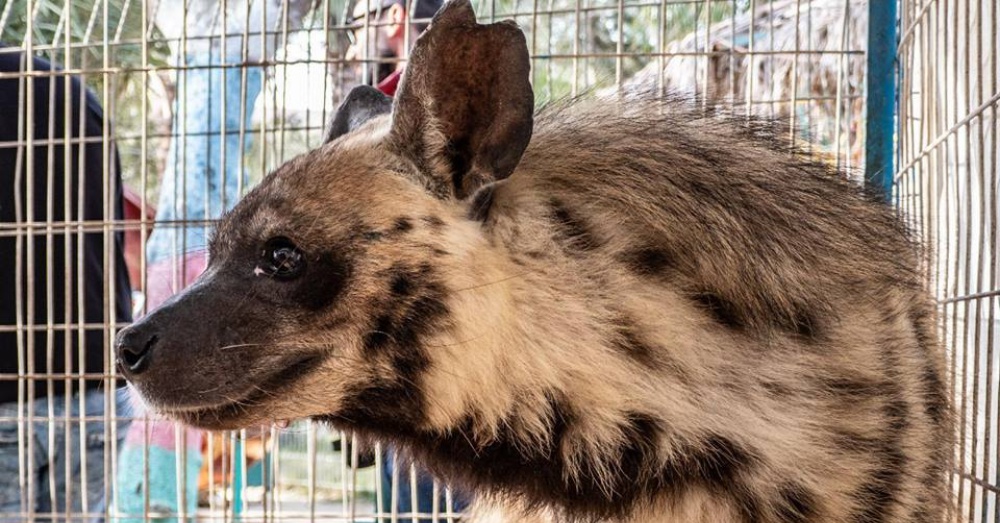 Fathy Gomaa, owner of the zoo, said, “I feel empty, nothing can fill the gap. Of course I am happy for the animals because they will be in a better environment and receive better care.” 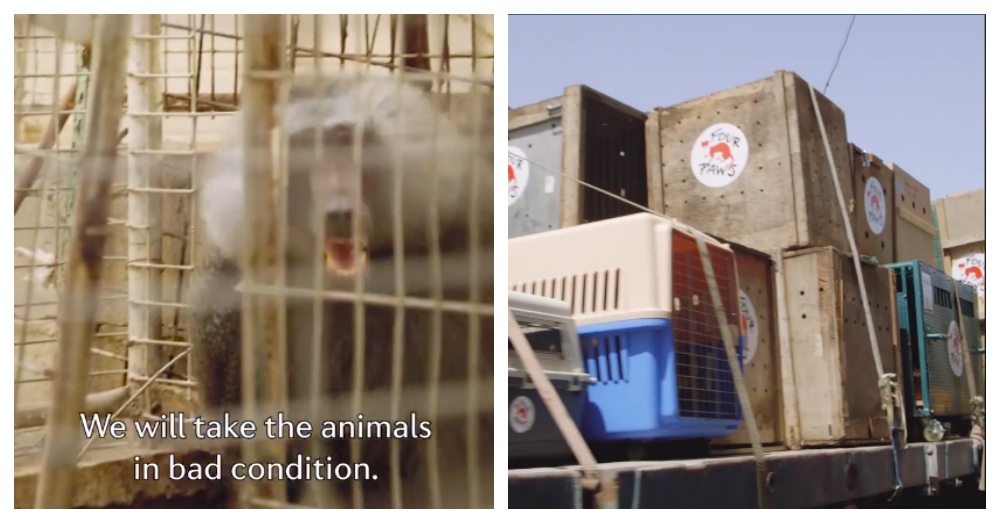 Four Paws International took to Facebook and said, “Each of those animals is an individual being, with a singular story. Those stories have one thing in common: they have been sad ones up until last weekend – but they all come to a happy ending now.”

They went on to post, “YES! The cages are empty! We have achieved the impossible and managed to get the 47 animals out of Rafah zoo. Now we are ready for the trip to their new home. Thanks to everyone who supported this mission.”

Watch the rescue team save all the neglected animals in the video below.

Successful Businessman Quits Job & Sells Everything To Save Lions In South Africa.: Click “Next” below!