In Queensland’s criminal justice system, the people are represented by two separate yet equally important groups: The police, who investigate crime, and the magistrates, who prosecute the offenders.

And then there’s Gavel, who’s a little too lovable to do either.

While this law dog was initially trained up for duty in the Queensland Police Service’s Dog Squad, Gavel wound up being a little softer on crime than his handlers could appreciate. And although Gavel may not find a future in chasing perps through crowded Queensland streets, he will be putting his kind nature to good use as the latest greeter at the governor’s house. 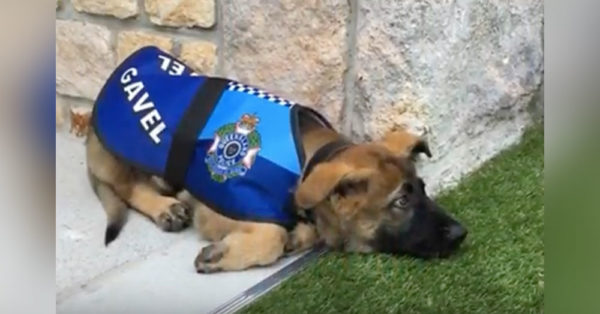 According to the Brisbane Times, Queensland Governor Paul de Jersey was more than happy to put up the pup, naming him the first official vice-regal dog of the territory in February. 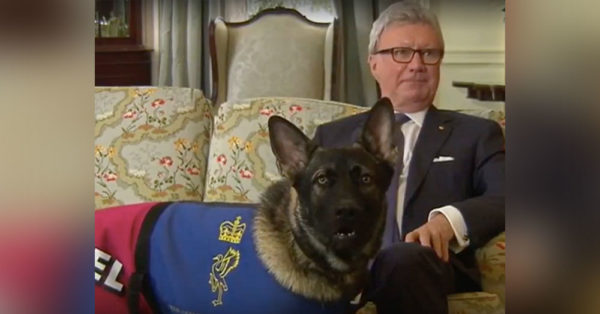 Along with welcoming tourists and local guests and showing off his official Queensland crest-emblazoned jacket—it bears the Governor’s Personal Standard, the St. Edward’s Crown and the brolga, the official bird emblem of Queensland—Gavel enjoys playing with the governor’s staff, and he’s even present at some of de Jersey’s social functions. 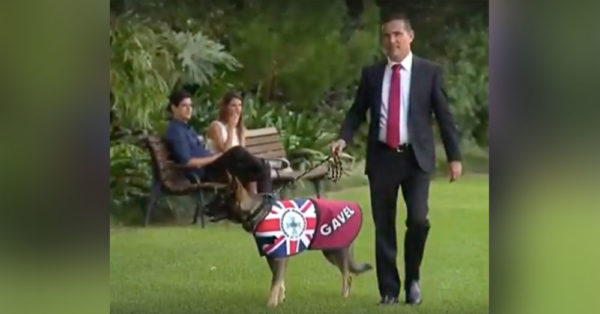 “Gavel has also demonstrated his capacity to uphold the ceremonial importance of his role at State of Origin time,” a spokesman for the Office of the Governor told the Brisbane Times about Gavel’s role in the area’s largest rugby event.

As Gavel continues to flourish in his new job as Queensland’s canine ambassador, a dog named Caitlyn is raising awareness of a much darker issue over in the United States.