Pup Failed Police School For Being “Too Nice,” But Now He Has A Very Important Job

A police dog, also known as a K-9, is trained to assist police and other law-enforcement personnel. The canines play a very important role and have many different duties such as searching for drugs and explosives, locating missing people, finding crime scene evidence, and protecting their handlers.

But some dogs, like Gavel, are just not cut out for the job. Gavel, a German shepherd puppy, was fostered out to the Governor of Queensland Paul de Jersey last year while training at the police dog academy to become a K-9. 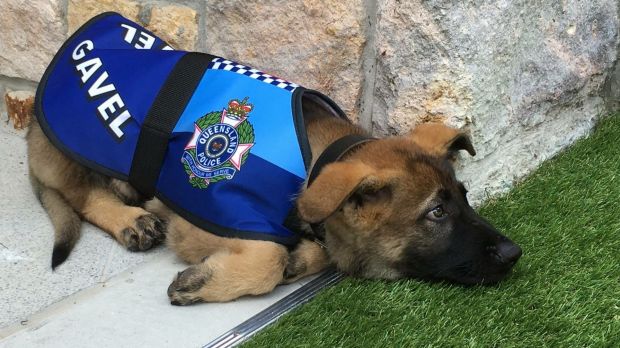 Gavel soon proved that this wasn’t the job for him. Trainers said Gavel was much too sociable for the frontline. But everyone had already fallen in love with him, so Government House staff knew they had to keep him around. That’s when they decided to give him a different job, but one that would allow him to still be a part of the property.

Gavel is now Queensland’s first official vice-regal dog. In his new position, he’s able to put his social personality to good use. He welcomes tour groups, attends functions with the Governor, as well as formal ceremonies. 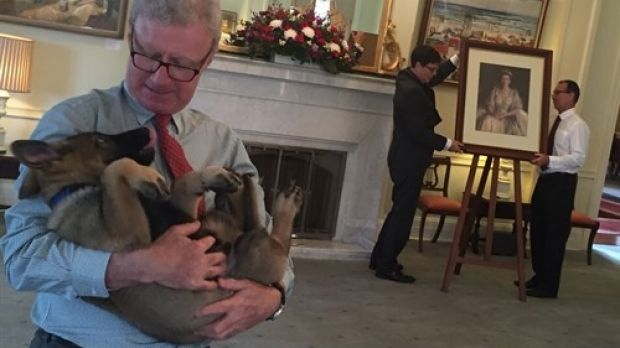 The staff loves having him around, and Gavel is loving all the attention! He also has over 24 acres of property to roam around on and explore!

Gavel is awesome at his new job, and it’s so great that the staff there gave him a second chance to become something paw-some, despite him not being able to become a police dog. Watch adorable little Gavel in the video below: