From massive multiplayer online epics to scaled down single-player mobile apps, dogs are often found taking up space as non-player characters. But–and this may come as a shock to Animal Crossing fans–not every game lets you pet them.

Can you imagine, being a game developer, spending weeks of precious development time on wire framing, animating, texturing and even coming up with soundtracks for a friendly dog; only to find it slightly less important to actual gameplay than a Minecraft villager?

Such is the plight of coded canines. Some of them are just made to blend in with the background. And, if you are looking for a game that lets you interact with digital dogs, plonking down your hard-earned rupees on the latest Switch cartridge or a Steam sale may seem like quite a risk.

It doesn’t have to be. 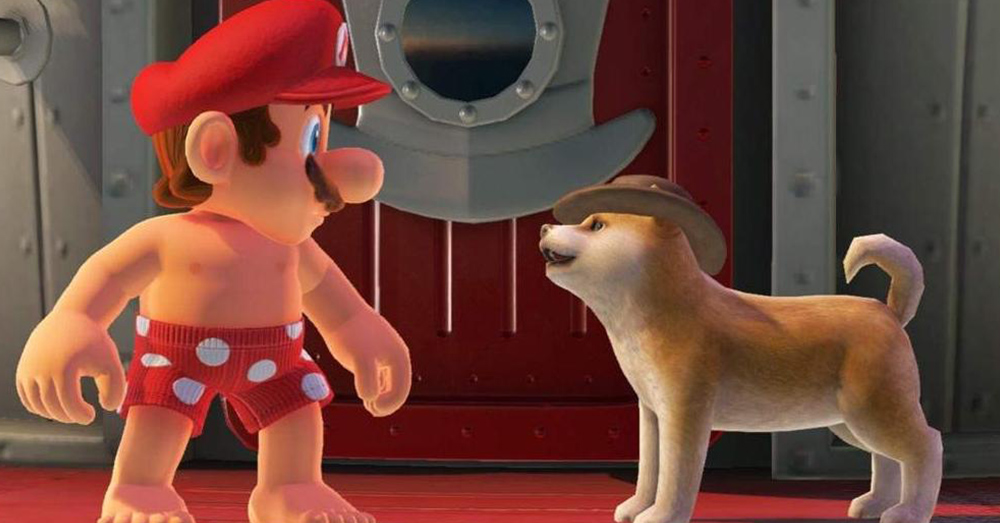 A delightfully handy Twitter account is aiming to clear up any misaligned expectations when it comes to petting dogs in video games. Can You Pet the Dog? responds to users who are angling for interactive animals in their gaming, complete with screen caps.

With the aid of the Woof3D mod, you can pet the dog in Wolfenstein 3Dhttps://t.co/QyyP85MoIs pic.twitter.com/jJZMV9M66C

To meet @CanYouPetTheDog’s criteria, a game must allow players to “pet” a game dog by “A manual button press resulting in visual representation of petting is required for affirmation.”

You can pet the dog in Pajama Sam 2 pic.twitter.com/JJsNCJwHLN

Among the most popular games that currently allow players to pet the dogs:

You can pet the dog in Nintendogs + Cats pic.twitter.com/mdxdwqe1aZ

You can pet the dog in Undertale pic.twitter.com/wr4kkwsTE2

You can pet the dog in Metal Gear Solid V: The Phantom Pain pic.twitter.com/i0FlET0mwW

The next time you’re looking for a new game, send Can You Pet the Dog? a tweet and see if it’s really worth playing!

See a few more video game dogs in action in the video below.