Puppy Found Near Death From Neglect

A six-month-old puppy was almost unrecognizable from the neglect he suffered. At a time when a puppy should be enjoying chew toys and playing with other puppies – this poor puppy is fighting for his life.

Rescue Dogs NYC stepped up to save the life of a Great Dane puppy that was surrendered to Animal Control in Greenville, South Carolina. The innocent puppy had until 5pm on the day he arrived to be rescued or he would be put down due to medical conditions. The rescue team could not allow that to happen – he deserved a chance to live. When the rescuers arrived to pick up the puppy, his condition broke their hearts. 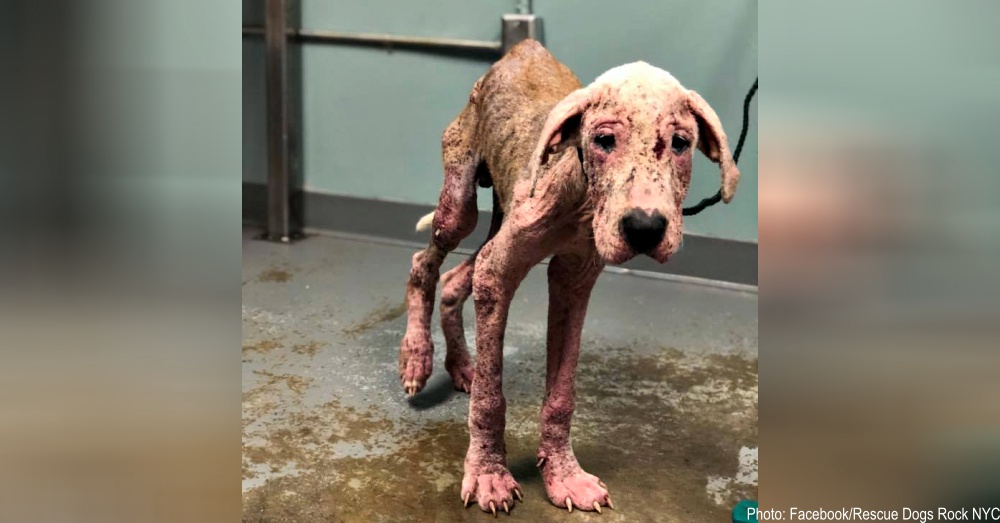 The rescue immediately took the emaciated puppy to an emergency vet. The puppy only weighed 23-pounds and his eyes were sunken in. “This is what CRUELY ABUSE & NEGLECT look like! Puppy Gallant is 6 mos old & fighting for his precious life tonight in a SC emergency vet. He may not make it thru the night. He’s emaciated with bloody raw enflamed skin. He’s got a fever yet he’s shivering. We hope he is not septic,” posted Rescue Dogs NYC.

The sweet pup, named Gallant by shelter volunteers, is so relieved to have loving people around to help him. He is barely hanging on but wags his tail the entire time. He has no reason to trust humans but he somehow does. It was unclear if Gallant would make it through the night, but he is a fighter and survived. 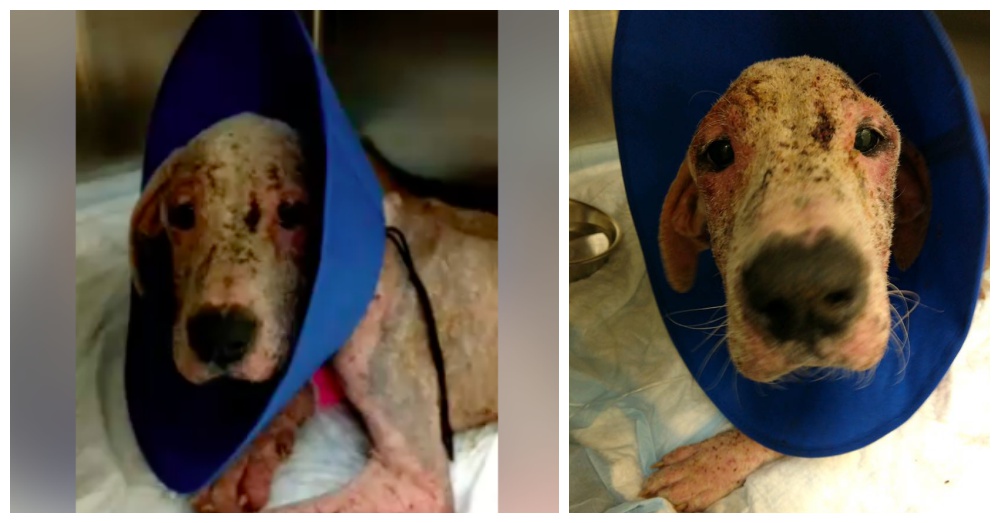 However, he is not in the clear yet. The ER vet monitored him all night and gave him IV fluids, pain meds and antibiotics. The resilient pup defied the odds and lived. He was transferred to a regular vet to continue his care. Gallant has a long and hard road to recovery ahead of him. We hope that he continues to fight to live, so he can experience how great life can be.

The monster that neglected and mistreated the innocent pup simply dumped the dog with Animal Control. They will not face charges because they surrendered the puppy. This has to change! 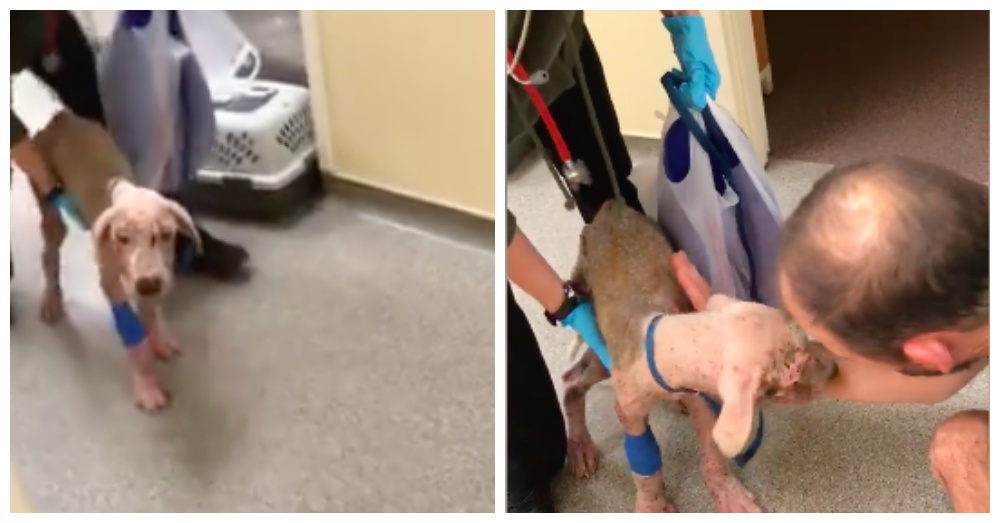 Watch the video of Gallant wagging his tail in delight, despite all the pain he is in.