Have you ever been accused of being over-protective? When we’re with someone we love, it’s hard not to err on the side of being a mother hen, especially when we’re in a new situation and our loved one is a small child.

When you’re a dog, turning off the instinct to protect is not an option. 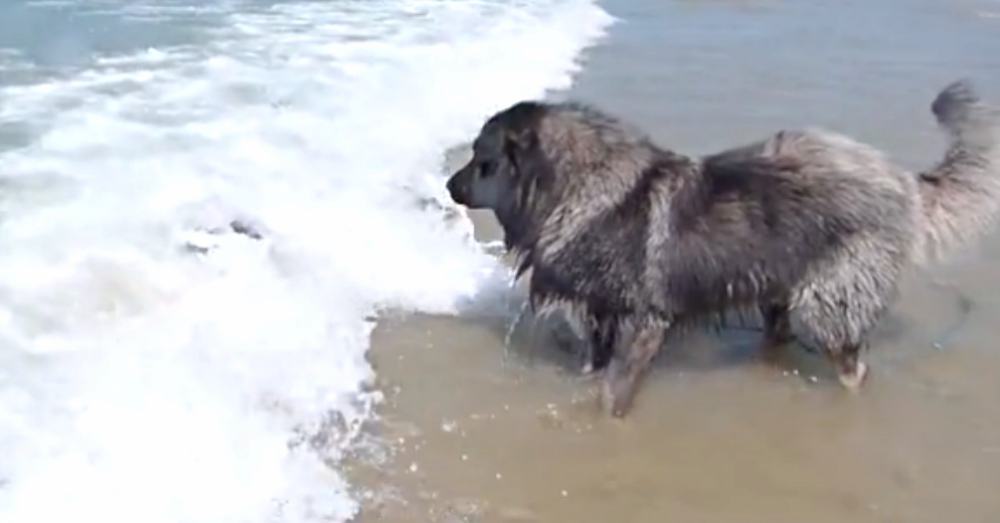 Such was the case for faithful Matyas, a giant fluff-ball of a dog who’s a bit suspicious of the ocean. He and his family were enjoying a relaxing day on the beaches of France when, in his mind, they narrowly escaped disaster. 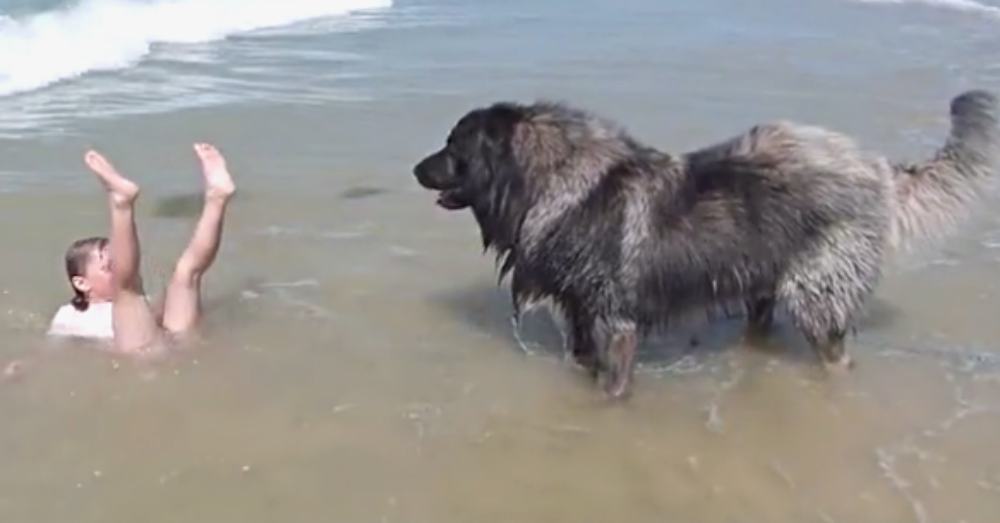 Matyas put up with his owner’s young granddaughter playing in the waves for a little while, and he even consented to getting his big furry paws wet since it meant he’d be able to watch her more closely. But when a giant, rogue wave (perhaps a foot or so tall) knocked the young girl slightly off balance, he knew it was time to be done with the ocean’s shenanigans and move the little girl safely to higher ground.

Matyas gently grabs the girl by the shirt and pulls her away from the (gently) tossing waves. Another life saved from the ocean’s foul tricks! 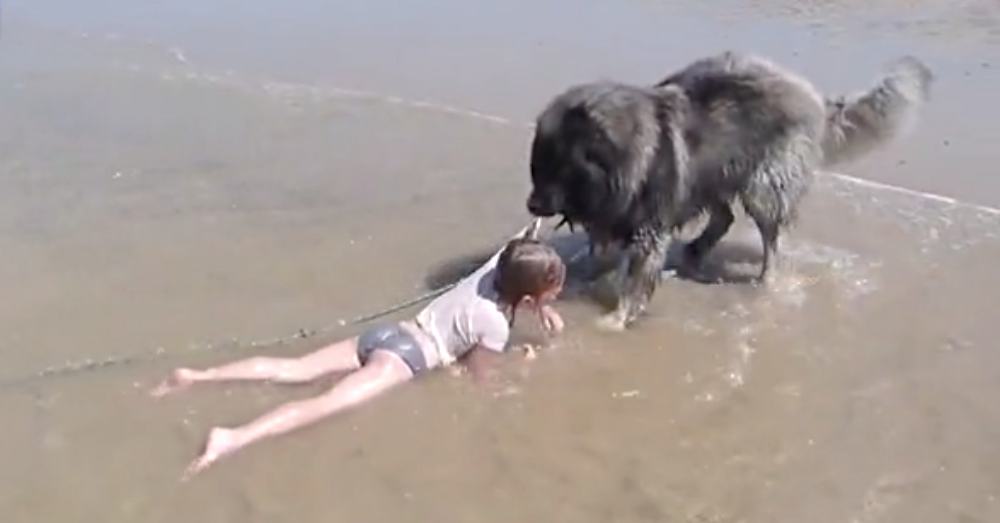 The little girl giggles adorably the entire way. It seems she doesn’t care if she’s being pushed by the ocean or pulled by her grandmother’s dog. She’s just enjoying life at the beach! 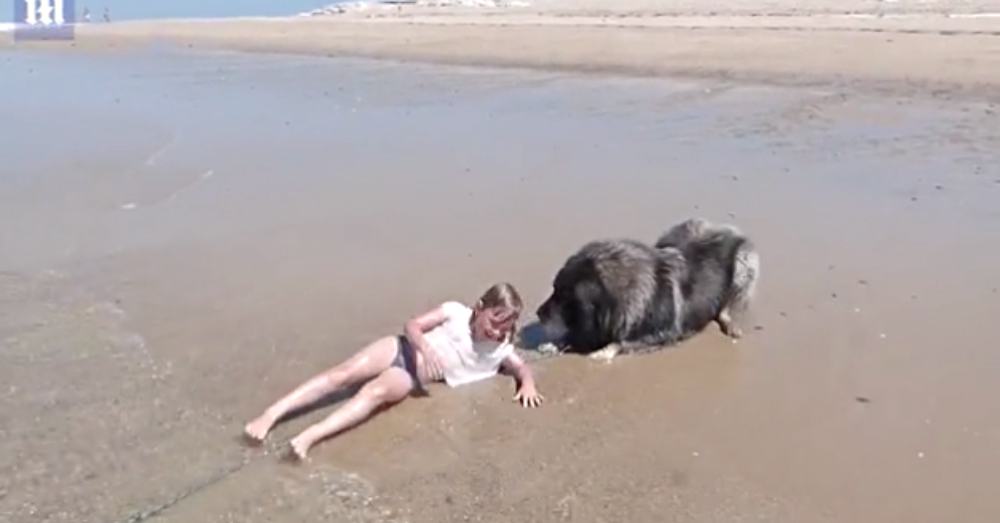 Matyas’ heroics have been watched online over a million times, and commenters have both praised his vigilance and wondered what kind of dog he is. See if you can figure out what kind of pup this protective fluff-ball is—he’s definitely someone you want to have around at the beach!

Watch Matyas in Action Below!