Wildfires in Greece have been destroying everything and everyone in their path. They’ve been compared to the second coming of Pompeii, and the comparison is fitting; the blazes have cooked people and animals alive, some while they seek safety in their own homes.

Few as they may be, some have survived the Grecian wildfires. Among the lucky ones, slightly singed but still in tact, a small dog that found shelter in a furnace.

“We found this creature in a furnace of a burnt out house at an area of Mati that has been completely destroyed,” Artemis Kyriakopoulou wrote in a Facebook post. 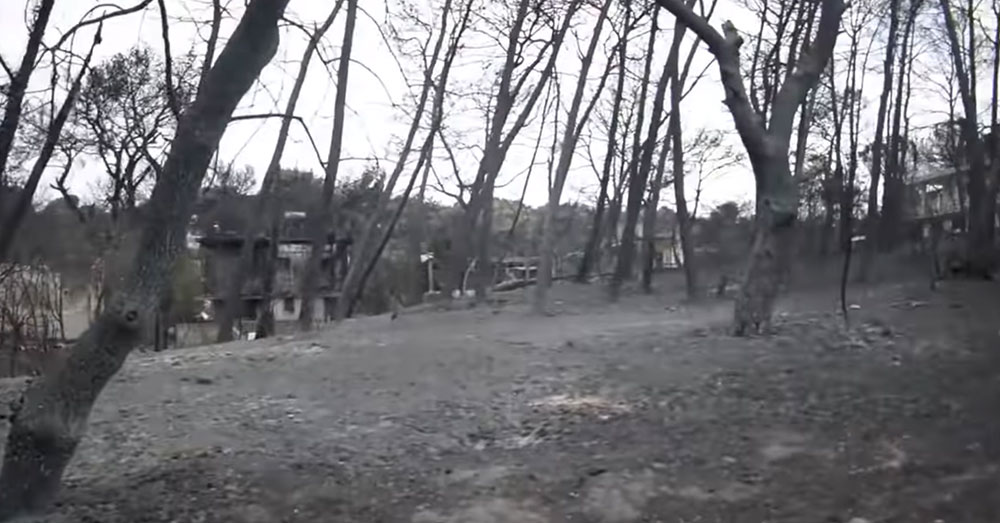 Source: YouTube/Zoosos.gr
Wildfires in Greece have destroyed the village of Mati.

Kyriakopoulou helped rescue the dog after the fires died down in the smouldering village of Mati.

“The dog was burned, hurt, hungry, and of course scared as we managed to save him and his sibling who was in a better condition,” she continued. 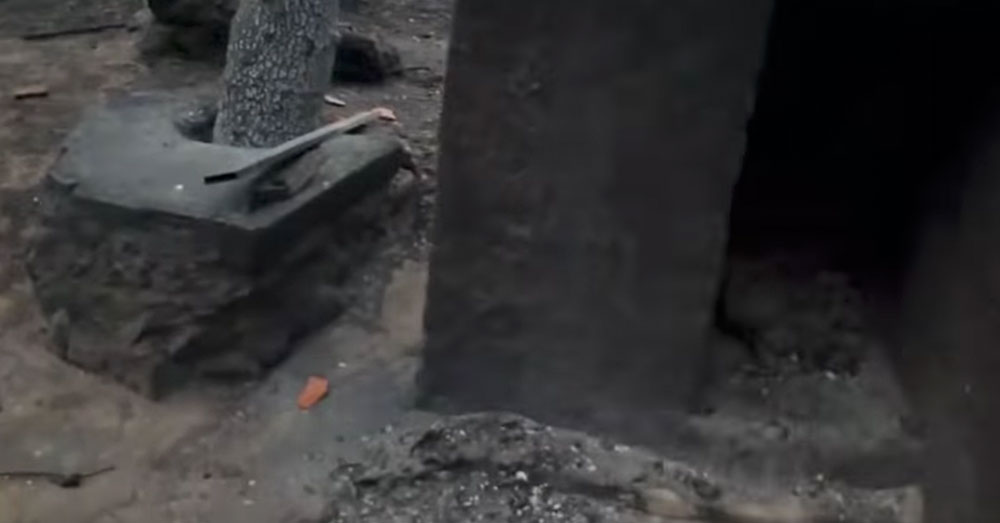 Both the animals have been taken to get veterinary care, though their future is cloudy at this point. It will be some time before the residents of Mati, those who have survived, are able to piece their lives back together.

“The second dog that is not shown in the video was patiently awaiting his owner at the entrance to the house,” Kyriakopoulou wrote. “Please help us to find their owners if they are still alive.” 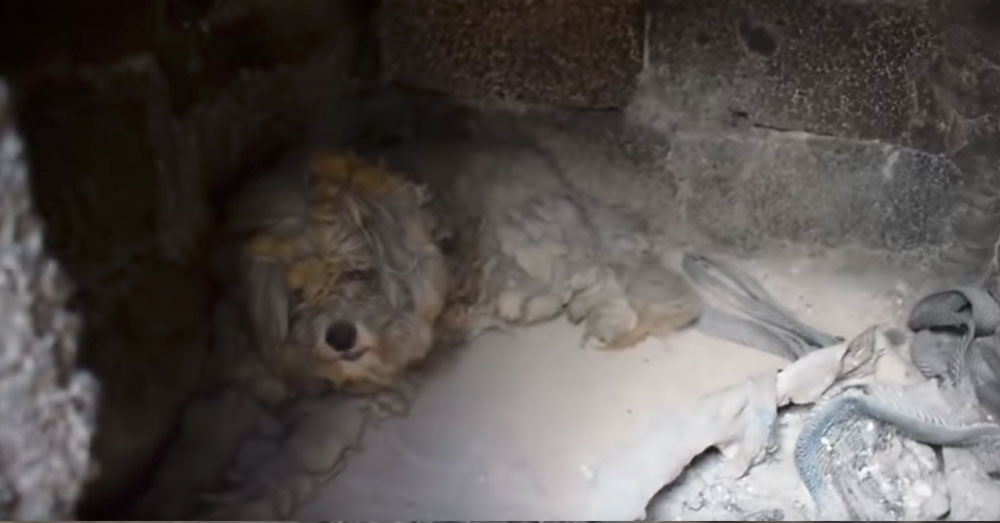 Source: YouTube/Zoosos.gr
The dog had kept safe from the fires in the brick furnace.

Watch as the dog is rescued from its furnace shelter in the video below.