It tells the story of the woman who inspired her to establish an animal rescue farm and to adopt many sorts of animals that would make you laugh with their antics and fascinate you with their peculiar inter-species relationships. 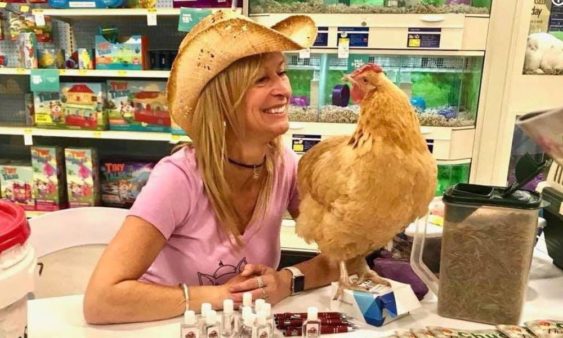 Laurie’s mom, Annie McNulty, was a free-spirited and lovely woman. Her only fault was that she was not good at choosing men. She married Richard Zaleski, who, underneath his charm, was a violent character.

Richard sowed fear and terror in his household, treating his wife like a punching bag. Annie endured her abusive marriage for many years, until finally deciding she had had enough. She took flight, along with her four kids, a few days before Christmas in 1973, after her husband threatened to kill them all with a carving knife.

Annie and her kids escaped to a ramshackle farm in the woodlands of South Jersey. It marked a brand-new beginning for Laurie and her siblings, where animals soon became their everyday company.

Yes, life remained tough for Annie who was now a single mom with no money and only a few skills. But Laurie observed how her mom radiated extraordinary resilience amid new challenges.

Annie was then working for the local animal control, and she would usually take home animals that were rejected by the community. Laurie and her siblings learned to take care of abandoned cats, dogs, and goats, which also became their playmates in the rundown farm.

At last, all grown up, her siblings flew off to lead their own lives. But Laurie remained to continue helping their mom while also managing her graphic design company. She had always dreamed of buying a bigger farm for her mom.

She recalled telling her, “Mom, for the rest of your life, I’m gonna have a nice farm for you.”

But Annie died from cervical cancer in 2000, just weeks before Laurie was able to purchase the 15-acre farmstead that she intended to give her. Laurie was very downtrodden, but she decided to live out her mom’s dream herself.

Now, 22 years later, Funny Farm Rescue and Sanctuary is a successful animal shelter that takes in various animals with humorous habits and antics. Several of these animals also love befriending others which belong to different species, like a duckling who is a devoted companion to a blind kitten and a llama who became an aging donkey’s best pal.

Now, with her book, Laurie can tell the world about the extraordinary woman who made a difference in her life and in the lives of hundreds of rescue animals.