We’ve all heard that a dog is man’s best friend, but somehow the myriad repetitions of the old adage are never enough to prepare us for the moments when we witness just how special the connection truly is between a man and his dog. This is one of those moments.

Bill Schiller rescued his dog, Chief, in 2014, and the two have been inseparable ever since. In fact, their bond was only strengthened when Bill was diagnosed with dementia in 2017. Having Chief by his side became an important part of his daily care, and Bill’s girlfriend, Anne Marie Sibthorp, even got the dog certified as a therapy dog so they could go everywhere together.

“There’s a certain chemistry between a person and a dog when they’re really special,” says Anne Marie. “They bonded; they belonged together.” 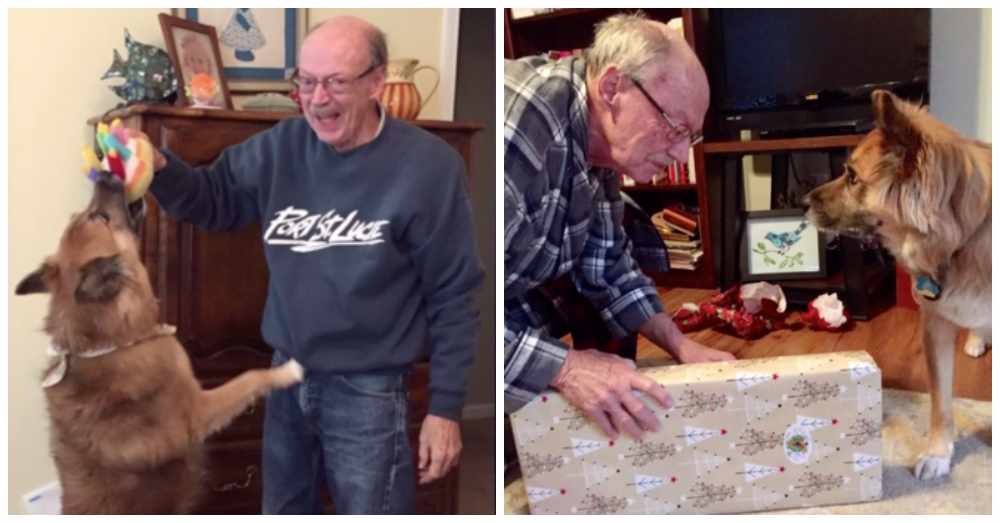 Bill’s health eventually declined to the point where he needed to go to a nursing home for round-the-clock care, and Chief went with him. He improved Bill’s quality of life right up until the very end.

“Bill wasn’t really opening his eyes much. I mean, he was conscious, and you could talk to him, but he was weak,” Anne Marie recalls. “I took Bill’s hand, and I put it over on Chief’s head, and Bill smiled. And he just petted him.”

When Bill sadly passed away, Chief was allowed to come to his funeral to say his final goodbyes to his best friend. 12-year-old Nina Holcolmbe, Anne Marie’s granddaughter, snapped this photo of her grandmother and Chief as the dog got up on his hind legs and stretched his head down into the casket for one last moment with his beloved owner. 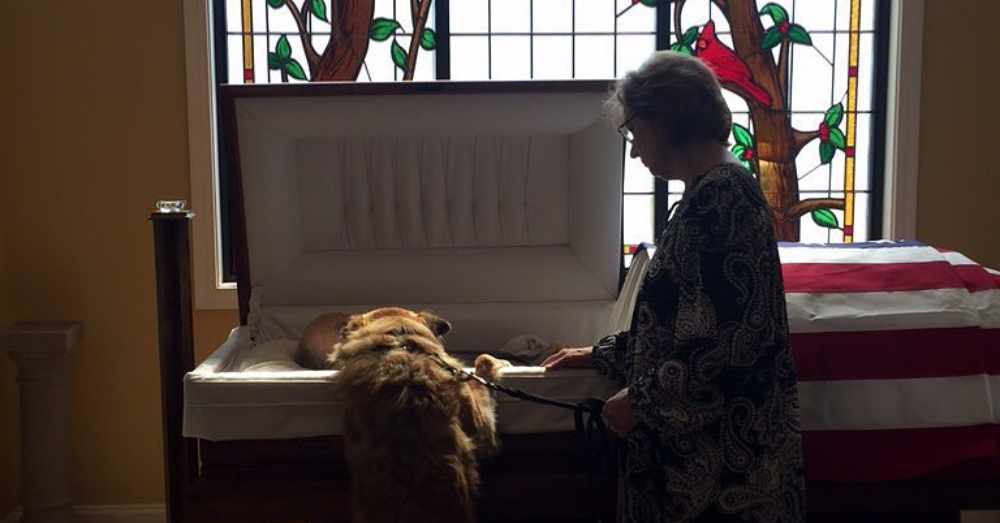 “I’ll never forget. He stretched his neck in as far as he could, and he gave Bill just one little quick lick on his ear, and of course, Bill didn’t move. And Chief laid his head right down by his head, and just laid there for the longest time.” 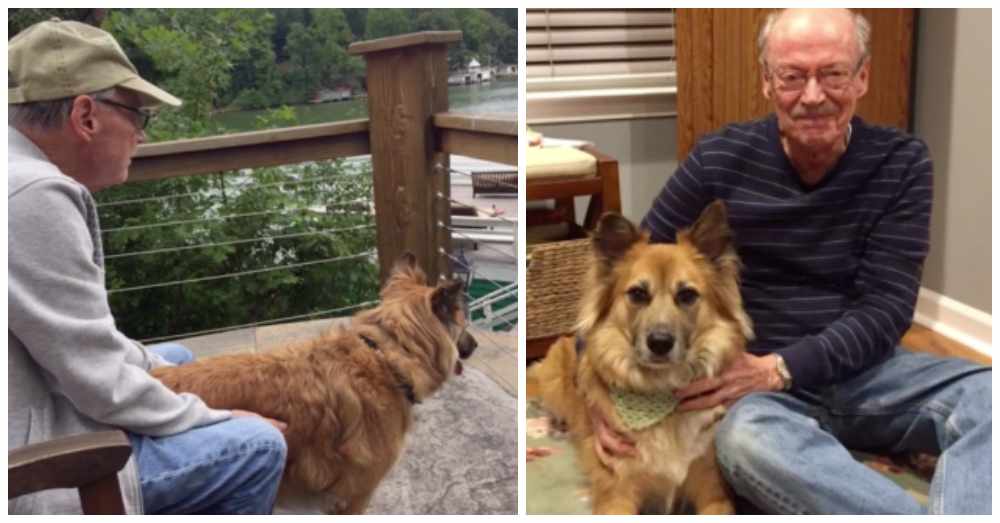 James Funeral Home of Huntersville, North Carolina, asked the family if they could post the photograph to their Facebook page. Since they did, the story has gone viral, with people all over the internet mourning for the dog who lost his person too soon. Most viewers are happy, however, that Chief got the chance to have the cathartic experience of closure after Bill’s death.

“He got to say goodbye to his daddy. And that was important,” says Anne Marie. “It meant a lot to Chief to be able to do that. He knows now that Daddy’s okay, and he’s stuck with me.” 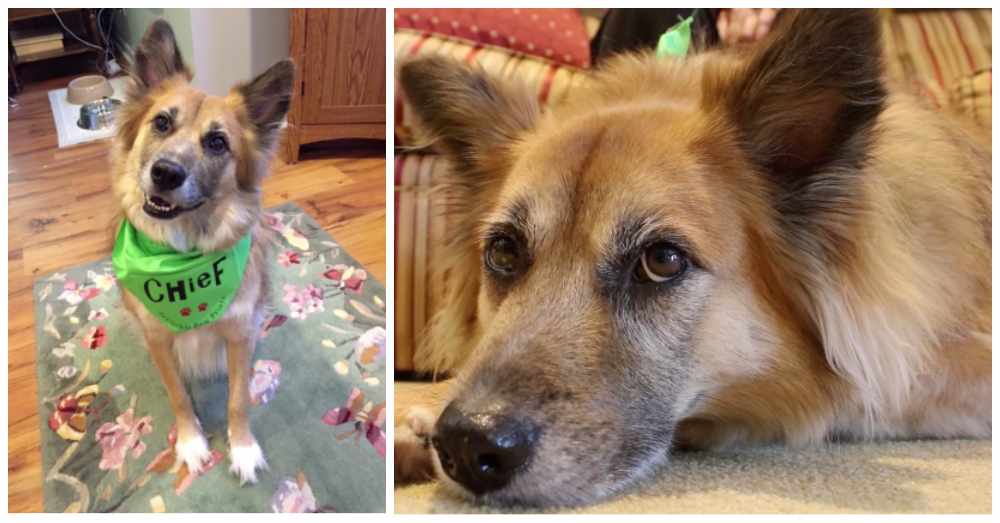 Since Bill’s death, Anne Marie says Chief has been comforting to her and protective of her.

Anne Marie admits that she didn’t want to keep Chief when Bill first got him. She had wanted a smaller dog and was worried that she wouldn’t be able to handle a dog of Chief’s size who had so much energy. But Bill insisted on keeping him, so she had him trained to make handling him more manageable. And Chief has turned out to be the best dog she could ever ask for. 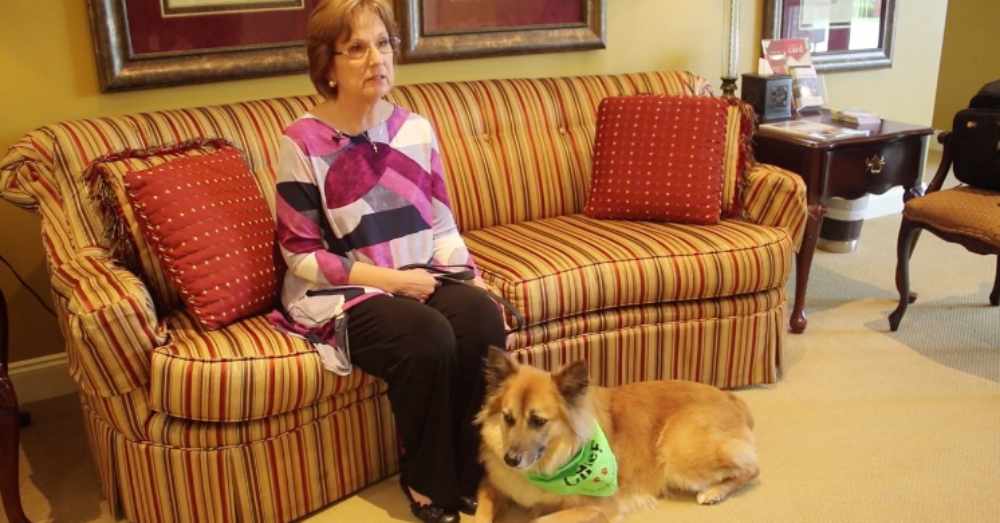 “There’s something about petting a dog that makes us relax and realize life is good,” says Anne Marie. “I always say, Chief is not the dog I wanted, but he’s the dog God wanted me to have, and he has really proven to be that.”

Anne Marie has already seen Chief brighten up the days of people he’s met in the hospital and the nursing home during Bill’s time there, and she hopes to continue to keep him active as a therapy dog for years to come.

Learn more about Chief and his special bond with both Bill and Anne Marie in the video below.

Internet Grieving Over Rescued Dog’s Goodbye Note To Beloved Mailman: Click “Next” below!