Everyone in Florida is now breathing a sigh of relief as Hurricane Dorian is heading north. That wasn’t the case a few days ago, however, when Patrick Smith was preparing his Belle Isle home as the category 5 storm approached the Florida coastline.

One of the things he grabbed was the wind chimes from the corner of the house. He noticed, however, that they didn’t have the same ring to them. 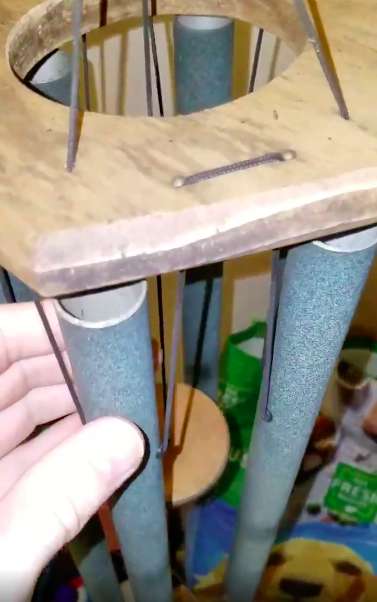 He looked inside of one of the metal tubes and saw a little tree frog hiding on the inside. It seems as if it wasn’t the only little frog that was trying to escape the storm. Each tube in the wind chime was a temporary home to a member of that frog family.

Smith went on Twitter to post the discovery on Monday. He captioned his post: “So I went to put away my wind chimes for #HurricaneDorian, and…”

So I went to put away my wind chimes for #HurricaneDorian, and…

It seems as if those tree frogs have a preference for hiding in his windchimes. He said: “They like to sleep in the chimes during the day because it’s protected from the sun, wind, and excessive water.”

He reported the following to Newsweek: “We had never seen so many frogs inside the chimes at once.”

People on Twitter were asking him how the frogs got inside of the wind chimes. He said they have sticky feet that they used to climb up the walls on his house and into the tubes. Those tubes are hanging 10 feet from the ground. 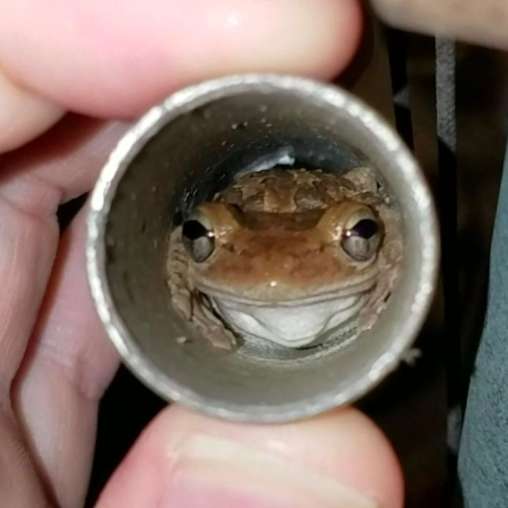 At the time, the storm was hanging off of the coast, battering the Bahamas. Smith knew that he couldn’t leave the frogs in the wind chimes outside so he let them go in the backyard. He knew that they would be sheltered from the storm in their natural habitat.

“All the froggies are safe and accounted for,” Smith wrote on Twitter. “They found spots to hide deep inside the leafy palm fronds behind our backyard pond!” 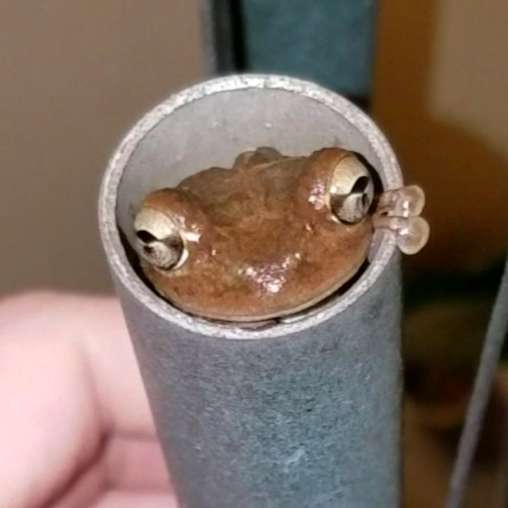 Since Smith has released the tree frogs, more than 1.5 million Twitter users have viewed his now-viral post.

Fortunately, the storm did not come to Florida but it is heading north and hopefully, out to sea. It looks like our little frog friends will be safe after all.