Frightened Kitten Becomes Brave With The Help Of Fellow Rescues

When Sorin and his girlfriend first met Shax, the frightened kitten was hiding beneath a parked car. “She was very scared, and she would run if you would try to catch her,” the man told Love Meow of the baby, who was all by herself and crying with fear. 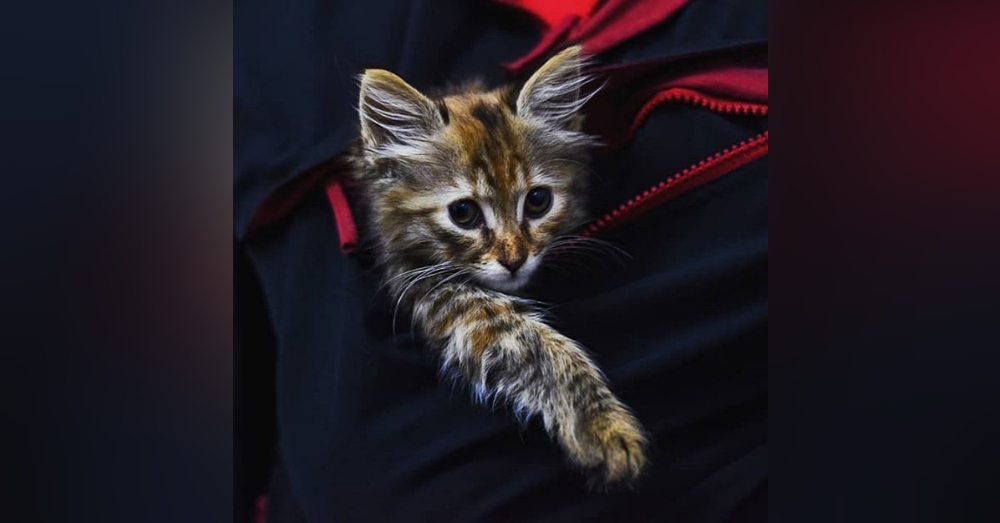 The couple wrapped the kitten in a jacket, brought her home, and promptly gave her a meal. The emaciated kitten gratefully accepted the food, but then ran off to hide behind the fridge. “She stayed there for three days and was scared of every sound and movement in the house,” Sorin recalled. “She would only go out at night to eat or drink water when no one was around.”

But in time, Shax eventually grew braver, largely because of Sorin’s other cat, Abyzou. The older cat was also a rescue and, similar to Shax, had been found all by herself on construction site when she was kitten. This shared experience meant Aby knew exactly what to do. 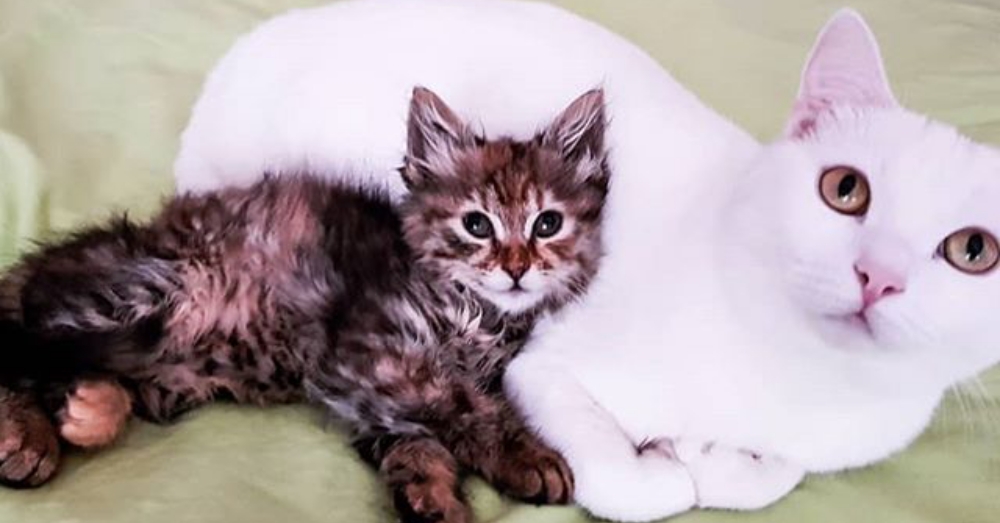 “From the beginning, Abyzou would let the kitten play with her toys and even eat from her plate,” Sorin told Love Meow, recalling how the older cat’s patience and love helped the kitten come out of her shell. The older cat acted like a big sister, showing the kitten how to eat, play, and cuddle like cats do.

“They are best friends, and they sleep all day and play all night,” he said. It also became clear Shax had already found her new home, because Aby had clearly adopted the kitten into their family. 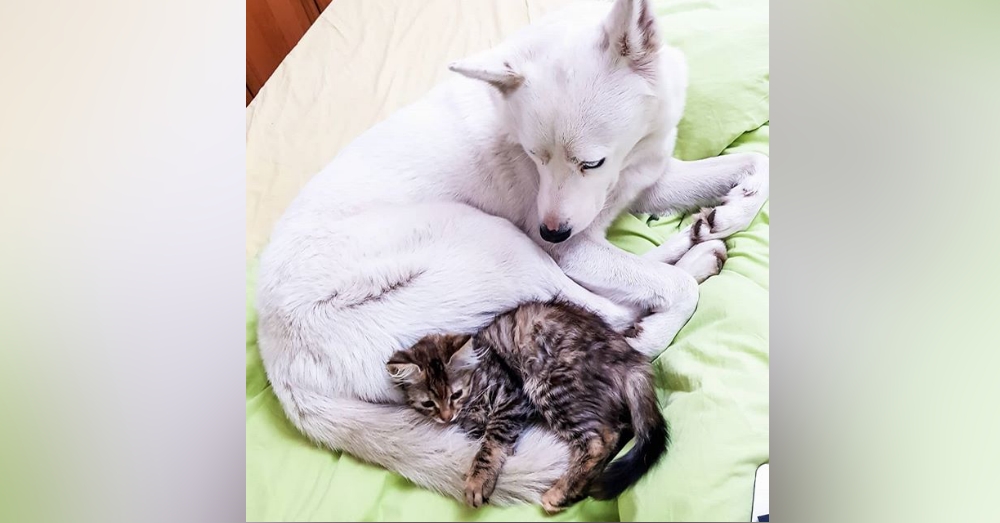 As Shax’s confidence grew, Aby even introduced her to the family dog, Dante, who had helped show Aby the ropes when she was a frightened young kitten. Like Aby, Dante is a sweet and gentle soul, but his presence – just by merits of being a dog – had the potential to send the kitten back into hiding.

But with Aby nearby, meeting Dante didn’t seem so scary. Before long, the little kitten was even bravely playing with the big dog’s tail and even learned to play fetch, just like her dog brother. 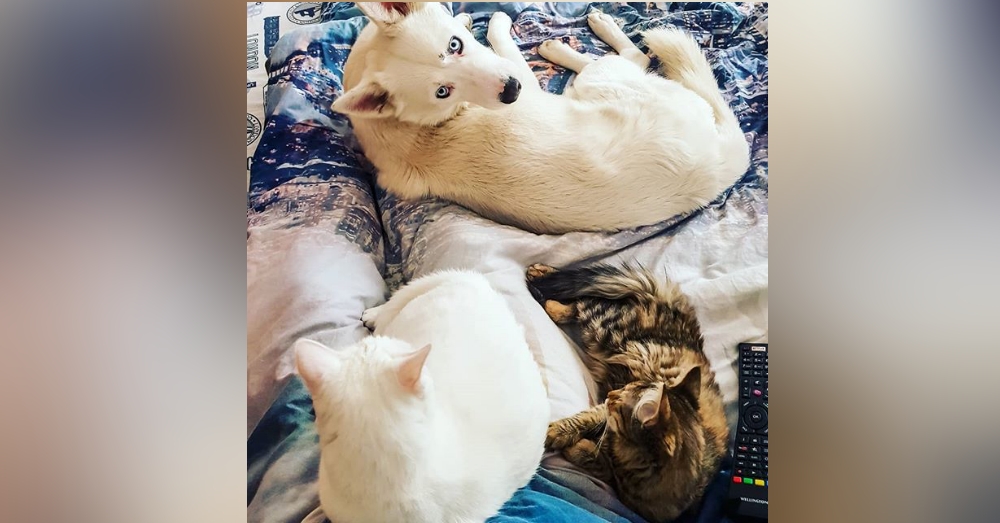 Now the whole trio is tightly bonded, which makes sense considering everything that they’ve been through. Not only were Shax, Aby, and Dante fortunate enough to be rescued, they were also lucky to find fellow rescues to share their second chance at life. “All three of them now sleep together in our bed, and life has been amazing with these fur kids,” Sorin said of his growing fur family. We couldn’t agree more. Adopt, don’t shop!