Dogs are definitely the epitome of friendliness. For this reason, humans who are great at making friends and exuding sunshine are often compared to dogs. They are sometimes associated with dog breeds such as golden retrievers. A samoyed is also a type of dog that can easily win your heart. They won’t stop befriending you with cuddles and their ability to make you smile every day. 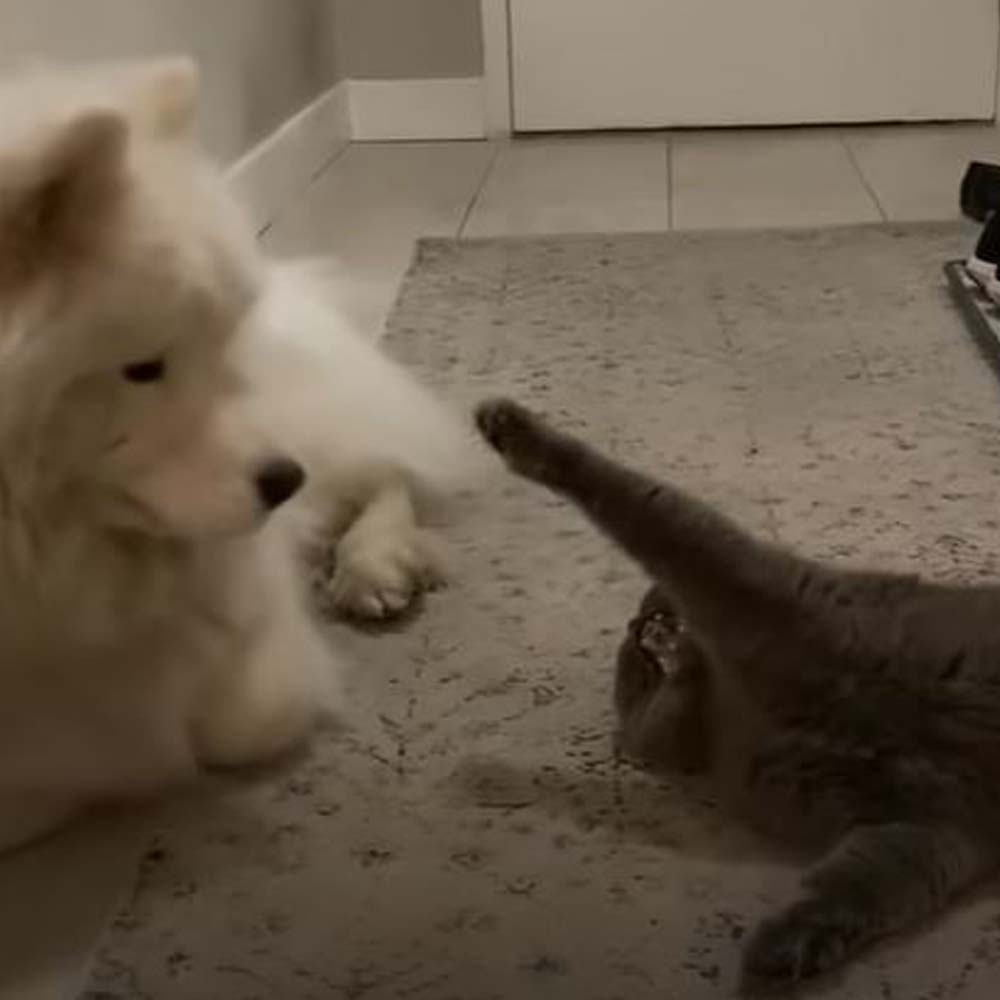 On the other hand, cats are the embodiment of most introverted people. Felines love their personal space and are often seen in their own corner. They are also often quite observant. You’ll see how different their personalities are when you put a dog and a cat in one room. There are also instances when the feline doesn’t get along with an overly sociable dog. The cat often finds the furry sunshine annoying, like Earl does with Beau. 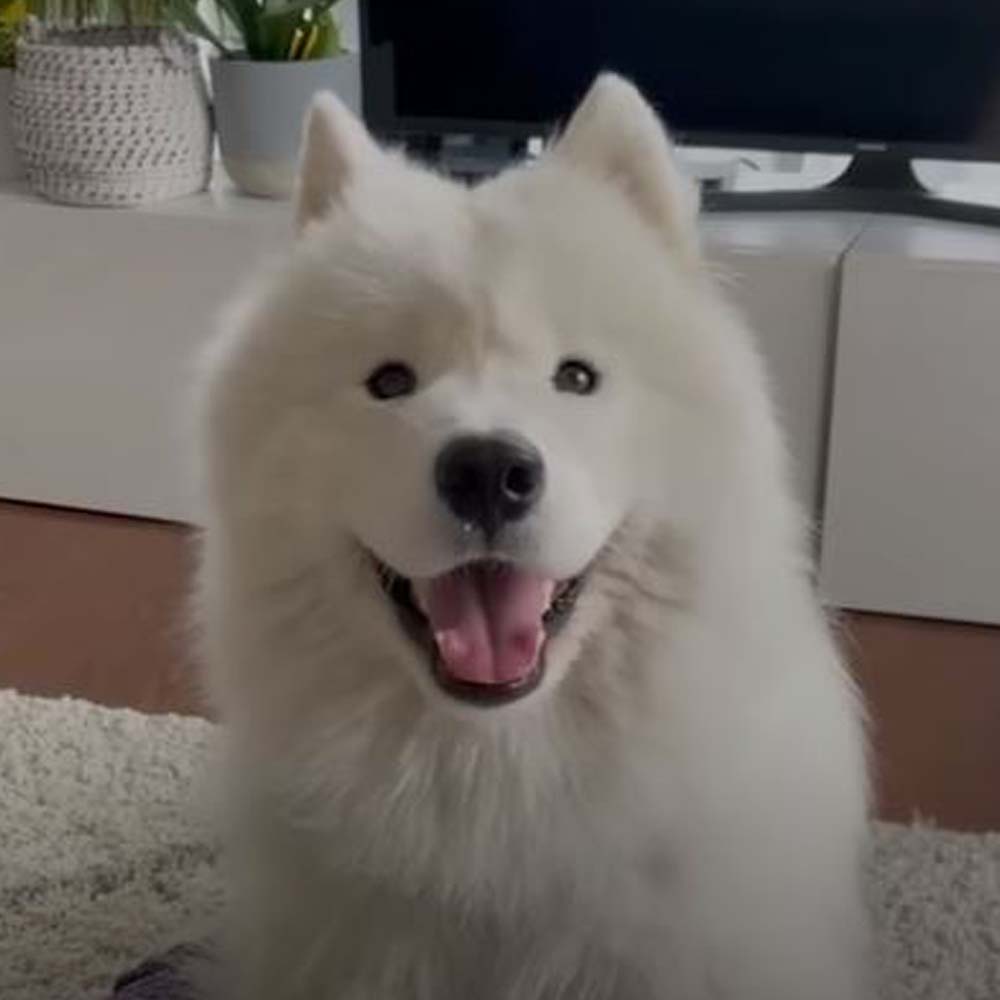 In Luke and Amanda’s household, their two pets, Beau and Earl, took two years before they became friends. The couple shared their story on The Dodo, and you’ll certainly feel Beau’s hard work in winning the cat’s heart. Whenever Beau comes close to Earl, he either gets a scratch or no attention at all. Perhaps the cat didn’t want his personal space invaded, because Beau would often surprise him. The interactions were both sad and cute at the same time — the giant cloud of fur wasn’t enough for Earl to see him as a friend.

“I think he’s tried a bajillion times. You can’t even quantify how much Beau wants to be close to Earl. On a scale of 1 to 10, in terms of how badly Beau wanted to be friends, I would probably say infinity,” Amanda explained. No matter how many scratches, the Samoyed was willing to dodge it all for the sake of friendship. According to Luke, the first time Beau saw Earl, he couldn’t control himself and immediately wanted to play with his new sibling. 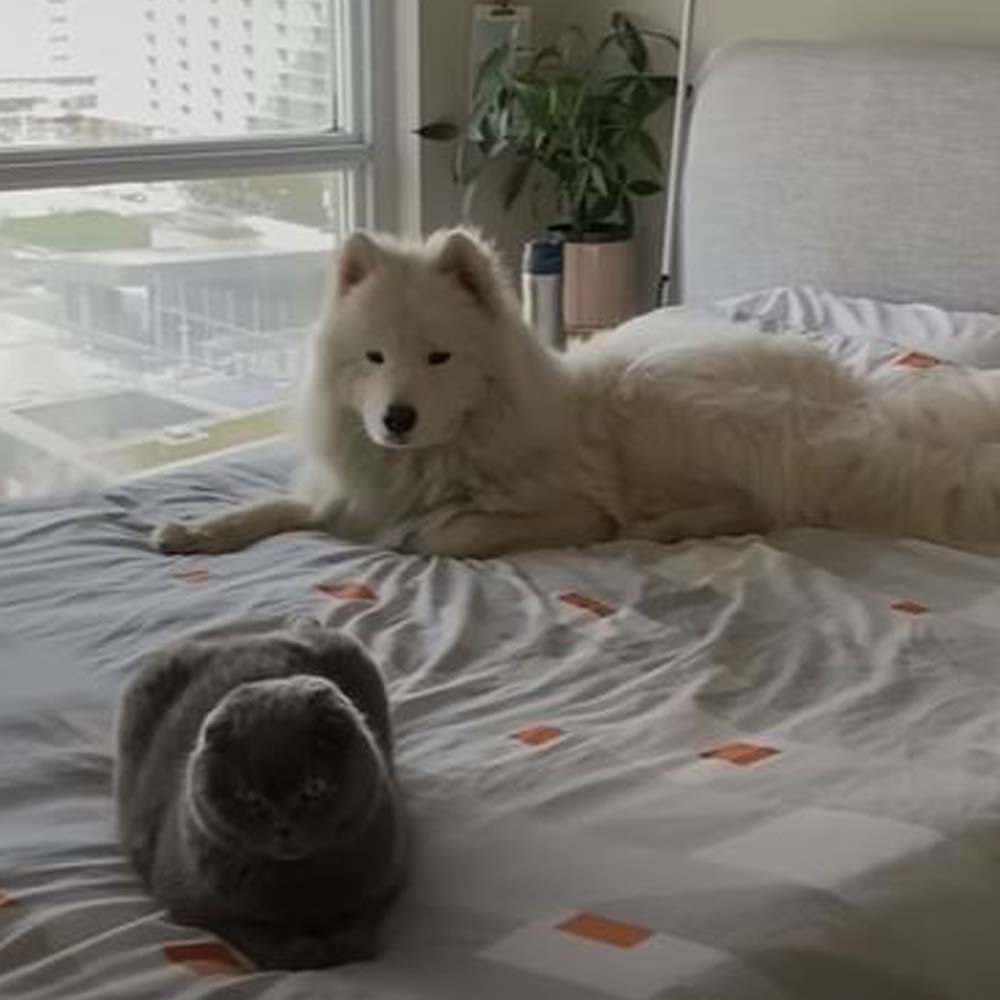 “He has to see Earl no matter where he is. Just keep his eyes locked on Earl. Beau’s version of giving up is still being within 3 feet of Earl,” Luke shared. “After two years, Earl is finally willing to just accept Beau.”

The long chase was over, and Earl finally recognized his fluffy housemate as a friend. He probably gave up and got tired of the endless wooing. They can now even be in close proximity without Beau getting a single scratch from Earl. 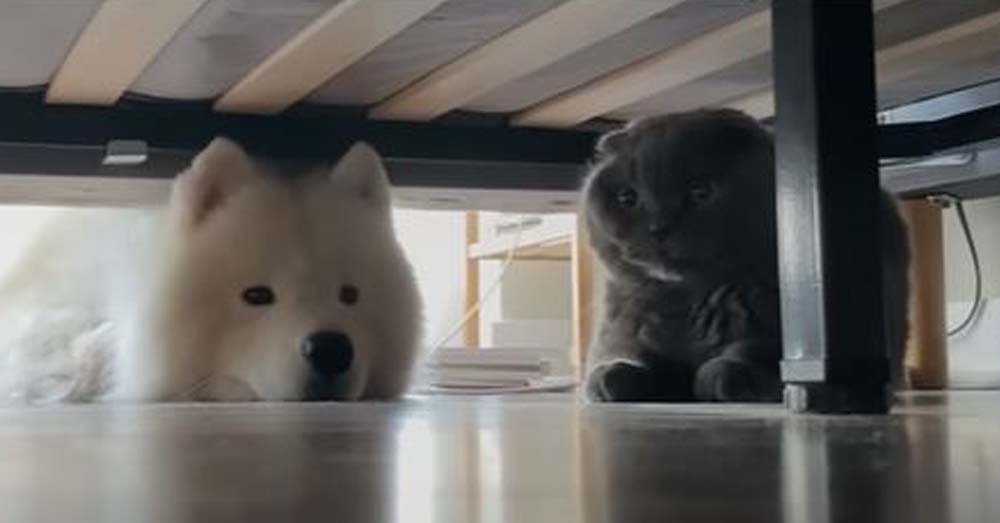 Luke and Amanda were so happy with how the relationship progressed. When Earl started to express his fondness for Beau, the couple compared it to winning a lottery. It might have taken two years, but the moment was definitely a huge relief for the couple. Earl had accepted that they would be living together for a long time, so they might as well be civil with one another.

Since the couple realized that Beau won’t still get the best friend treatment, they surprised him with a toy similar to Earl. It made them realize how much their dog wanted to spend time with his cat sibling. Nevertheless, progress is still progress, and Beau was still able to win over Earl. His hard work still paid off, and now he has a new cat friend, even if it’s a toy. Watch the video below to witness Beau’s journey in befriending Earl. The big cuddly Samoyed also has an Instagram account you can follow — he will undoubtedly brighten your days.