Frida saved dozens of lives during the earthquake that reduced parts of Central Mexico to rubble. Most of the region has been rebuilt, though a new addition to the urban infrastructure now honors the hero Labrador.

“Memorable symbols of the strength Mexicans can have when we decide to come together for great causes” reads the inscribed plaque in front of the statue of Frida and her handler, Israel Arauz. The bronze statue dedicated to their courage was unveiled in an ecological park in Puebla City, KBKZ reports. 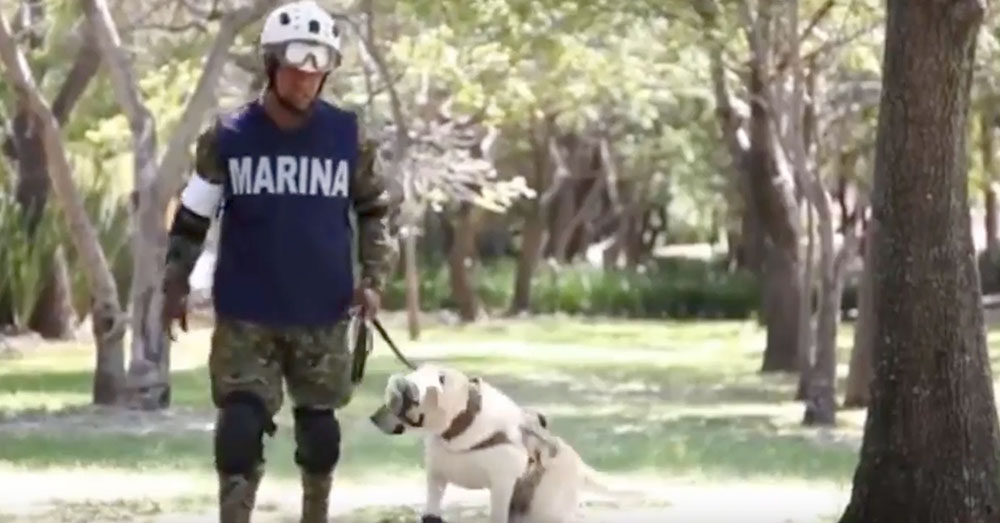 “In social terms, this dog functioned like a transitional object because maybe she didn’t help us in anything real or concrete — meaning she didn’t rescue anyone — but she let us feel like there was hope and that there were things that could help us,” Fatima Laborda, a psychoanalyst and director of Casa Grana, a psychological assistance and research organization, said at the dedication ceremony. 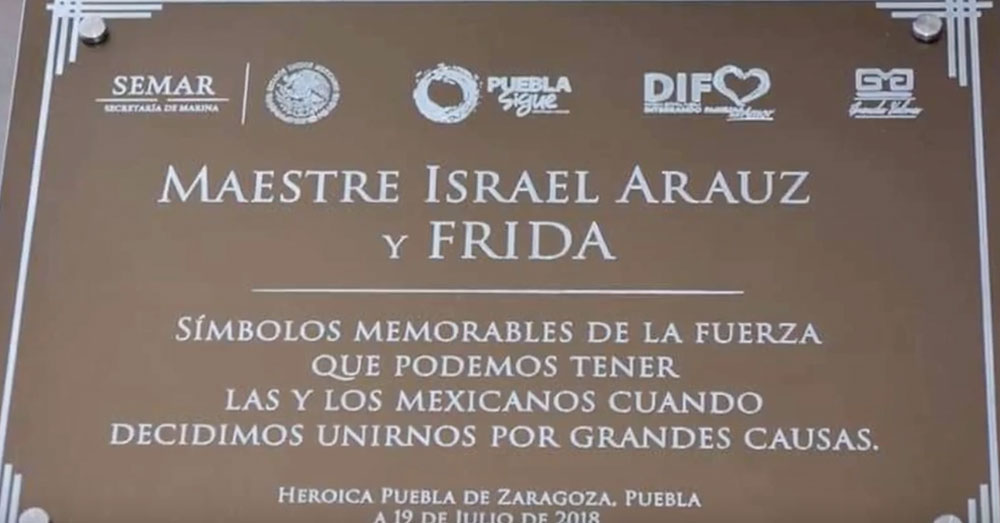 The 7.1 magnitude earthquake rocked Central Mexico on September 19, killing nearly 400 and injuring many others. Frida worked diligently, as a member of the Mexican navy’s canine unit, near the quake’s epicenter in Mexico City.

Frida was undoubtedly the most popular of her unit, with stories of her unwavering valor being shared all over social media.

What did we do to deserve dogs? https://t.co/JbVPd3eeZ1

Following the disaster, one artist even created a mural celebrating the happy hero. By then, Frida had saved more than 50 lives throughout her career.

“She is a symbol of strength and hope in these times and I painted her to bring positivity to Roma Norte, a very affected area of the city that I love,” wrote painter Celeste Byers.

Frida’s notable resume spans distance as well as time. She helped save lives in Haiti and Ecuador before becoming the hero of Mexico City. She also helped find and identify the body of a police officer killed in an earthquake in Oaxaca just two weeks before the massive reverberations shook Central Mexico. 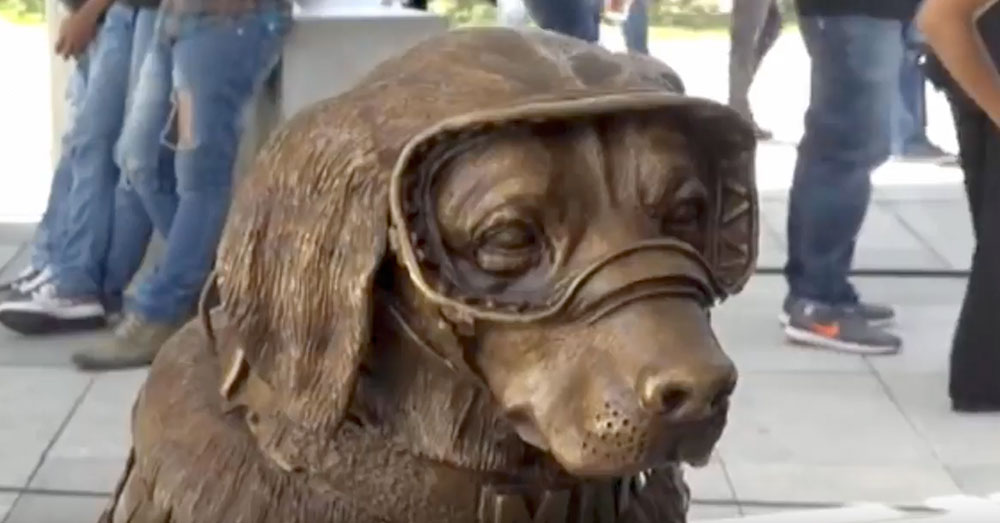 Her work took her all over Central America, though in each case, she proved her value by fitting into tight spaces, some less than 20-inches in diameter.

Now 8 years old, Frida is still serving with the navy unit, through her role may transition as she gets older. She’s nowhere near retiring just yet, though. 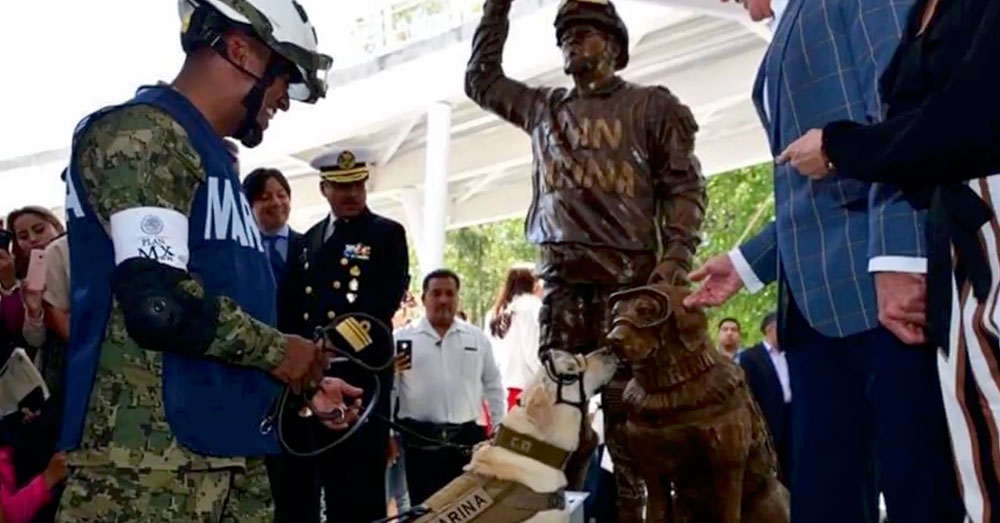 Source: YouTube/Despierta Veracruz
The bronze sculpture was unveiled at an ecological garden in Puebla City.

“If someone asks me if I would want to take Frida, I would say yes,” marine corporal Emmanuel Hernandez told the Associated Press. “But we will have Frida for a long time yet.”