Dust hung thick in the air as Frida made her way through the rubble of Mexico City. Outfitted with protective gear, she recovered the bodies of at least 41 people after a violent earthquake leveled concrete and steel-enforced buildings to the ground.

According to Agence France Presse, Frida was tasked with looking for survivors in the rubble of the Rebsamen elementary school, where 19 children and seven adults were killed. Thanks to her efforts, at least a dozen people were found still alive. 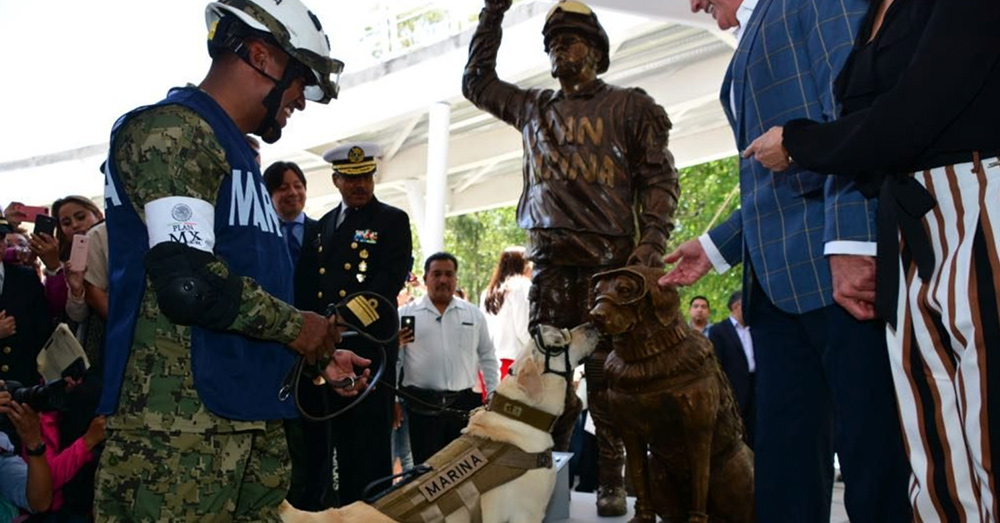 Frida was just doing the job she was trained to do, but the world will remember her as a hero for years to come. A statue of Frida and her partner, Israel Arauz, was erected in Puebla City, 10 months after the disaster. 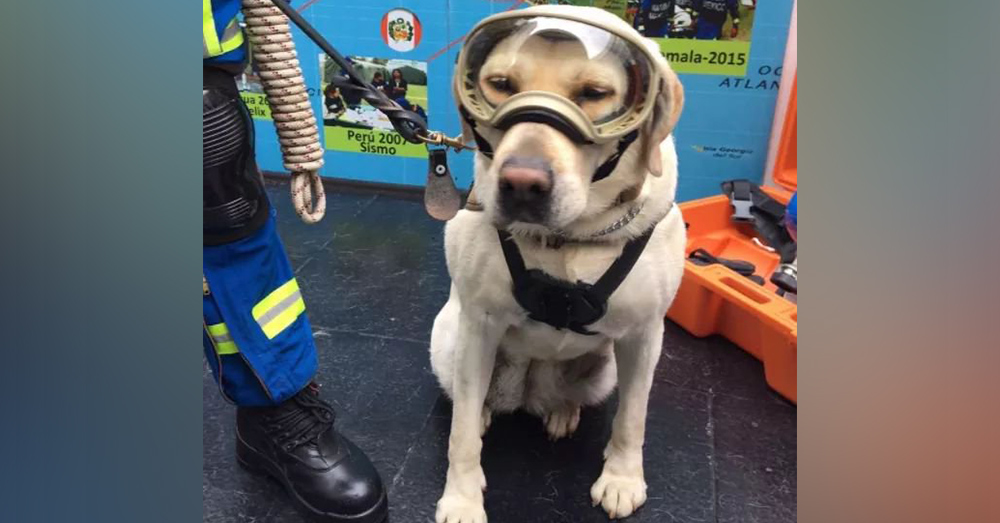 Source: Twitter/cesar_cerqueda
Frida saved a dozen lives in the earthquake that hit Mexico City in 2017.

“Memorable symbols of the strength Mexicans can have when we decide to come together for great causes,” a plaque in front of the statue reads.

Nearly a year later, at 10 years old, Frida is hanging up her goggles and booties, and calling it quits. 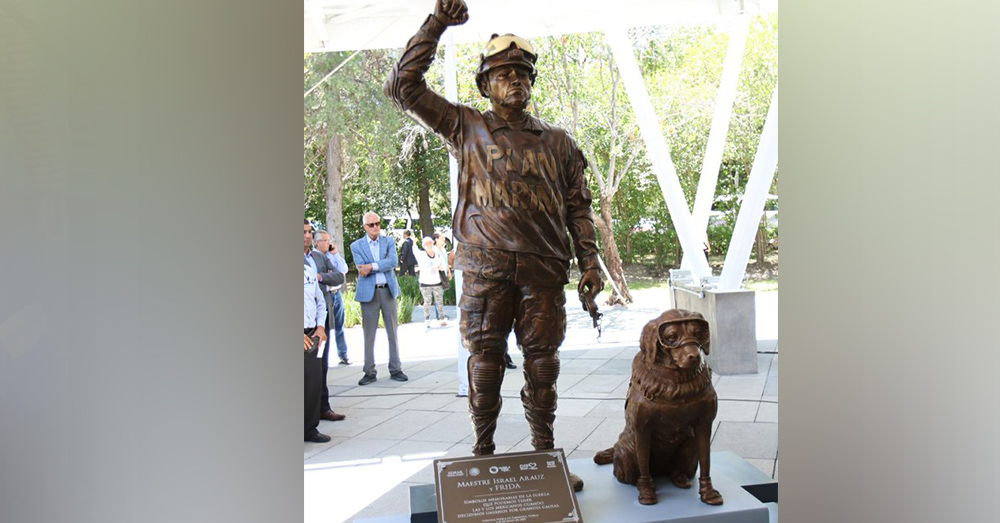 Source: Alicia Salgado
A statue of Frida and her partner were erected nearly a year after the disaster.

Frida worked as a sniffer with Plan Marina, the Mexican navy’s canine unit. She was one of 15 dogs deployed in the search and rescue efforts following the earthquake, but by and large the most popular of the team on social media.

some of rescue dogs in Mexico pic.twitter.com/sEDSeD8q78

Video and photos of Frida circulated around the Internet for weeks after the disaster. She even got a shout out from Captain America himself, Chris Evans.

What did we do to deserve dogs? https://t.co/JbVPd3eeZ1

Another fan suggested she be placed on the Mexican 500 peso bill.

According to CBS, Frida’s retirement was announced during the Mexican Navy’s “International Day of the Rescuer.” During a special ceremony, Frida was lauded for her service, and given a toy to keep her occupied while she enjoys the next chapter of her life.

“Our dear labrador Frida is starting a new era,” said Deputy Naval Minister Eduardo Redondo. “Frida stole the heart of all Mexico and thousands more abroad… Her bark always gave hope, and in moments of pain and uncertainty she brought relief.”

She is a brave Mexican soldier, an officer of our Navy, we are so proud of her. pic.twitter.com/tOOZ65mGEq

The Simple Structure Of A Squid’s Eye Is Actually An Engineering Marvel: Click “Next” below!