A 5-year-old French mastiff named Mae has had a rough life, but loves everyone she meets. She arrived at Southern Indiana Animal Rescue severely malnourished weighing only 70 pounds.

Shortly after her arrival, she was diagnosed with terminal cancer and given only a few weeks to live. Elizabeth Starck, a foster mom for the rescue, instantly fell in love with Mae and took her home to shower her in love. 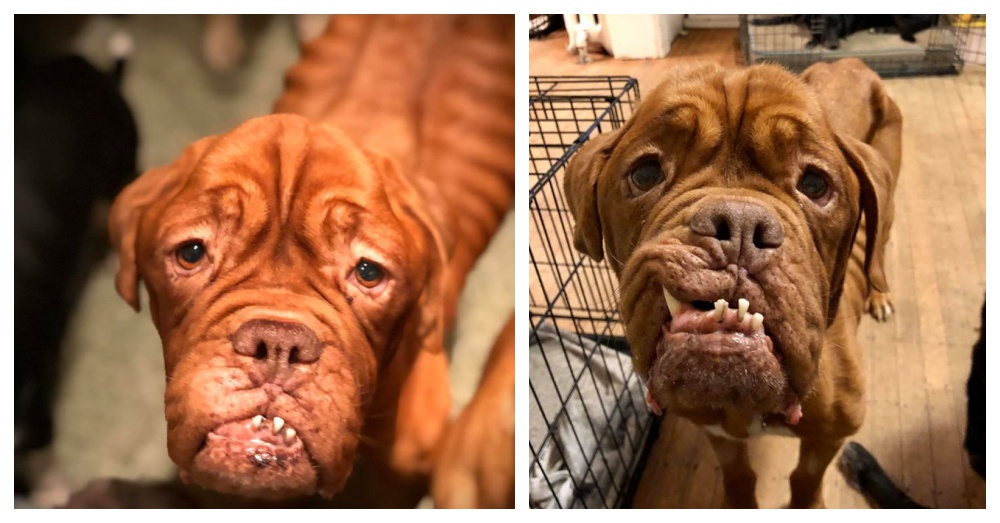 Her squishy face, adorable underbite, and sweet personality has earned her tons of followers. Mae has become a spokes-dog for the rescue and attends fundraisers to greet all her fans. 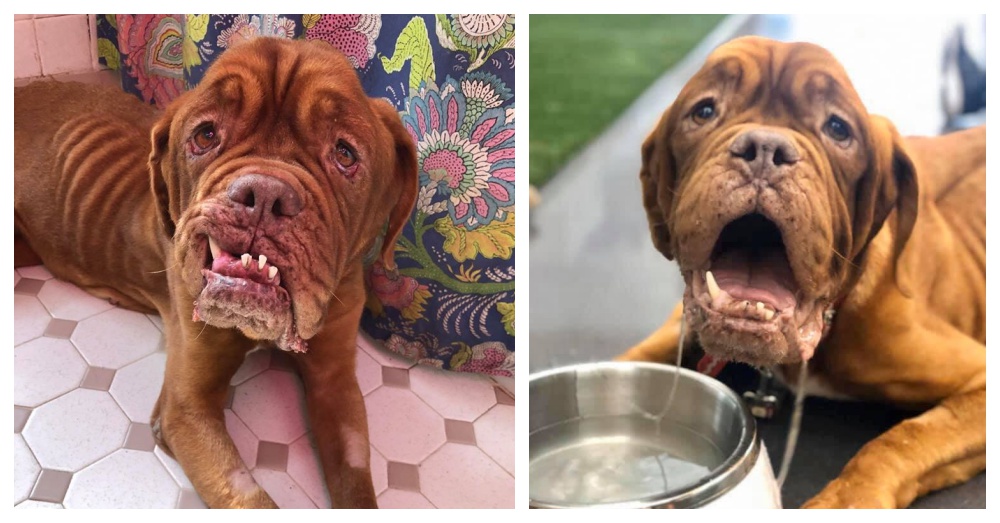 While Mae loves meeting people, she loves food even more. She devours ten cans of wet dog food a day. Starck posted that the shelter was running low on canned dog and was shocked by the response. The shelter received over 700 cans of dog food and other donations to help care for sweet Mae.

“The support and love you all have shown Mae and all of us is astounding and brings me to tears. In the last couple of days Mae has slowed down a bit more, but she still loves any and all attention she can get. But most of all, she still loves her food,” said Starck. 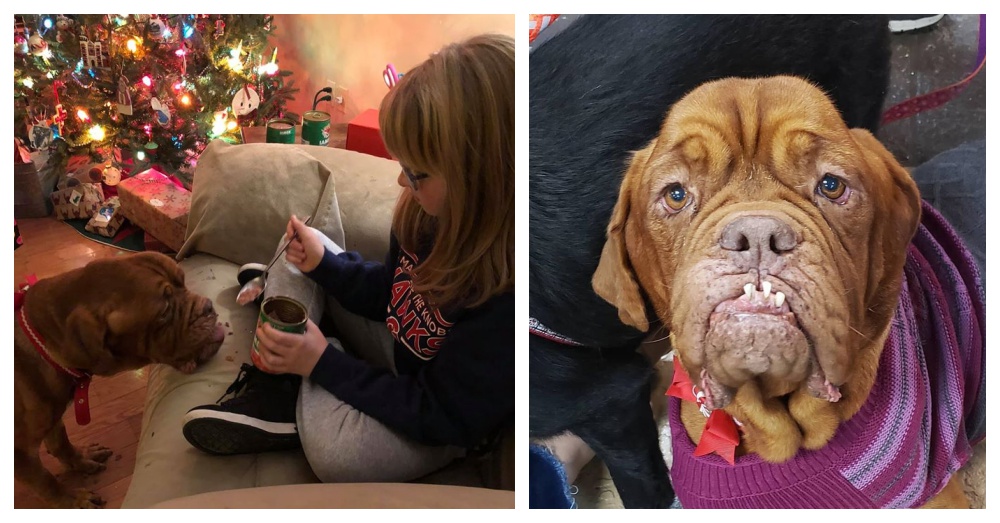 When she is not eating she likes to watch the foster cats and checks in on them every night. She loves the cats so much that she will just sit and watch them play. “Her tail goes insane when she sees them. She woke me up 5 times through the night wanting to check the cats out,” wrote Starck. 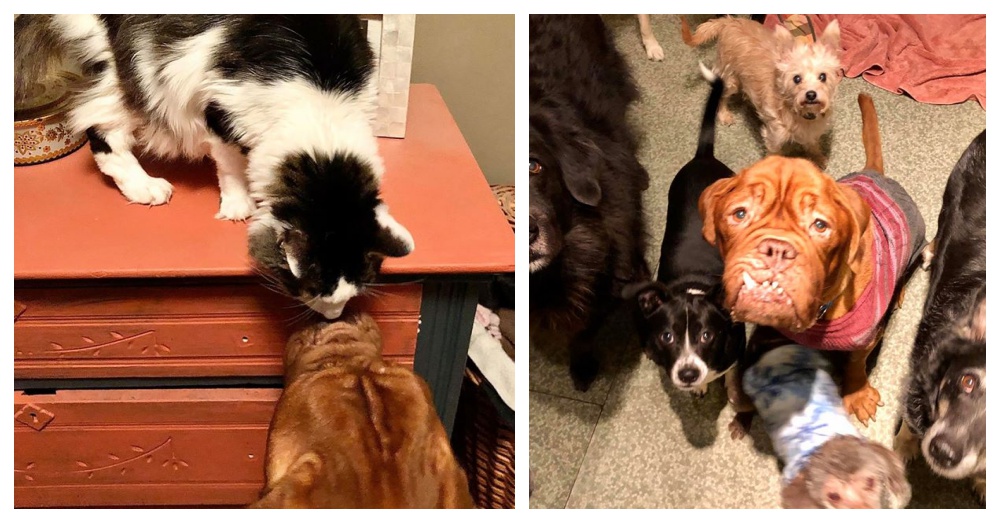 The sweet girl never leaves her mom’s side and follows her wherever she goes. Although, it was clear that Mae found her person, Starck made it official by adopting her in front of a judge. “We made it official in front of Judge Carmichael today. Mae has been adopted, so she can spend her last days with her family ❤️(me being her family😊),” posted Starck. 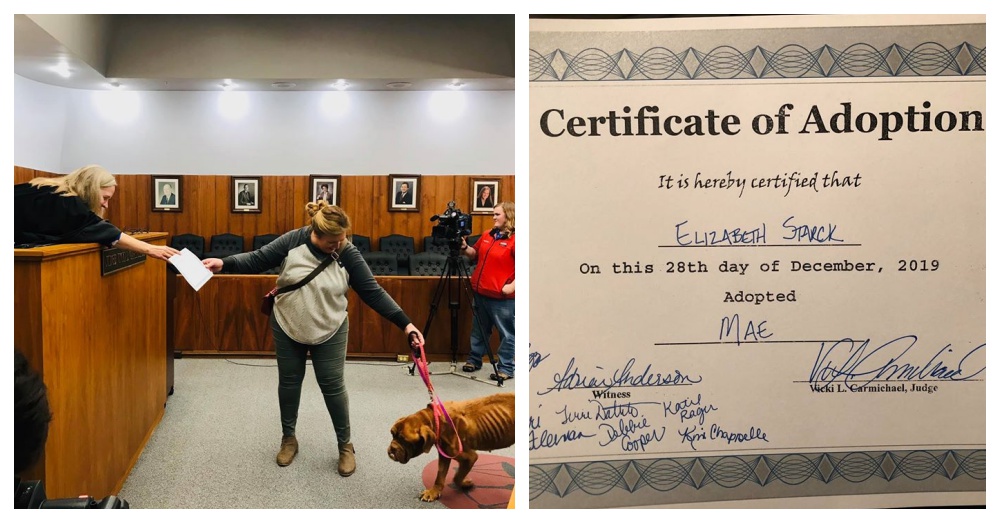 Mae has good days and bad but she continues to eat and follow her mom around the house. For as long as she has left, she will be surrounded by love.

“Mae’s rescue mission has become more than I ever thought it would be and it’s because of you all.”

10 Shelter Dogs Were Set To Be Euthanized Until The Public Saved Them All: Click “Next” below!