Woman Passes A Sign That Reads “Free Kittens”, Then Slams On The Brakes and Reverses

Hannah Shaw was driving on a country road when she spotted a hand written sign on the side of the road. The sign was bright green and immediately caught her attention. The words “Free Kittens” were written in large letters, which she read as she passed by.

Those two words made Shaw, “Kitten Lady”, freeze. Shaw is the founder of the Orphaned Kitten Club, based in Maryland. Her organization focuses on rescuing and rehabilitating kittens, so when she saw the sign she had to stop. She tells Love Meow, “When I passed the sign, I slammed on the brakes and hit reverse.” 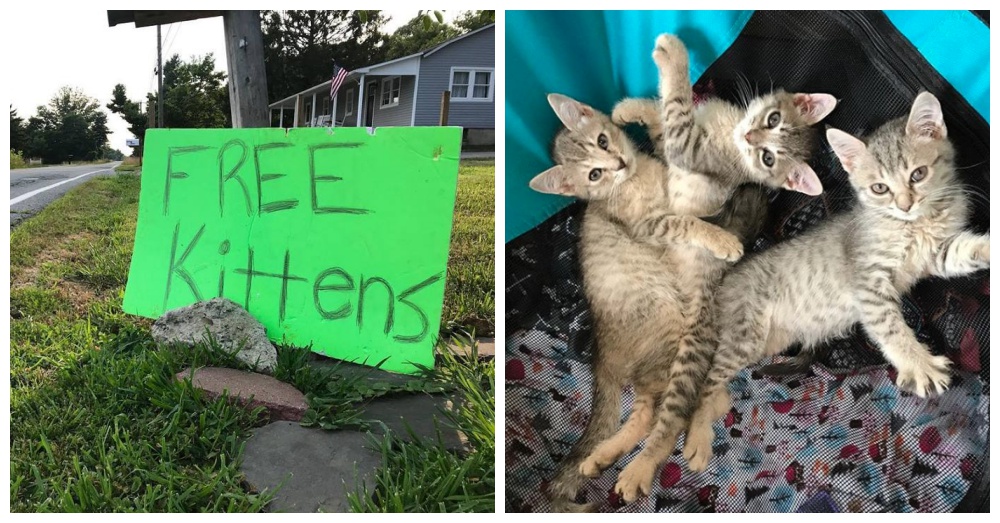 Shaw drove up to the home with the sign and inquired about the kittens. “The woman explains that they have a couple of pet cats and they haven’t been able to afford to get them sterilized,” states Shaw. After hearing that, she offers to have her organization cover the cost to have her cats spayed and neutered. The woman was in shock and happily accepted.

“It’s usually a lack of education or a lack of resources or both… You solve those issues by providing education and resources.”

The three gorgeous gray kittens were taken back to the organization and named Pee Wee, Marge, and Dottie. They were seven-weeks-old and weighed 1.8 pounds. After gaining weight and socializing at a foster home for a few weeks, the kittens were ready to find their forever homes.

Each kitten had a unique personality, but all purred like crazy when cuddling in a lap. “The boy, Pee Wee is the tiniest and friendliest. Large Marge is the biggest and, while skeptical, has decided that she does like belly rubs. Dottie has a white dot on the back of her head.” 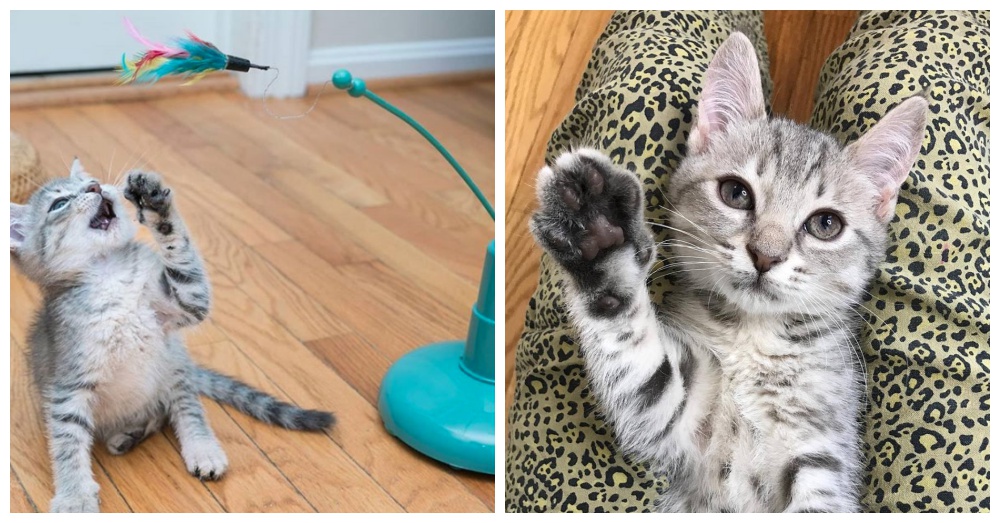 Dottie and Pee Wee were adopted together into a loving home. Marge found a forever home with another feline. A happy ending to what could have been a disaster. Thank you for rescuing them!