Confined To A Small Cage For 17 Years, This Chimp Is Finally Getting The Life He Deserves!

When Joe the chimpanzee was young, he was taught to perform tricks by Hollywood animal trainer Steve Martin. He played a role in the 1997 film “Buddy,” but then his life went downhill from there. Two years later, he was dumped at the Mobile Zoo in Alabama, where he was confined to a small, rusted cage, isolate and alone…for 17 years. 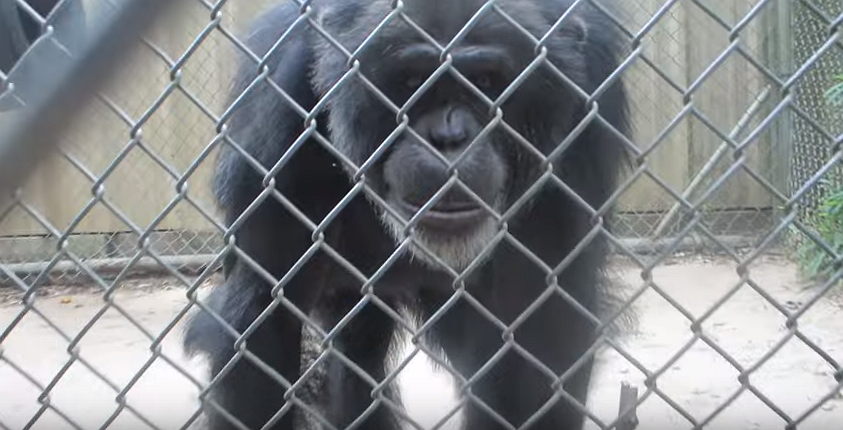 But finally this miserable life has come to an end for the 25-year-old chimp. PETA has been working to free Joe for years, and finally, they have been successful! Animal advocates filed a lawsuit against the Mobile Zoo, and asked for Joey’s freedom as ransom. According to PETA, the zoo had violated the Endangered Species Act by “isolating Joe, a member of a highly social species, in a virtually barren enclosure and allowing visitors to throw peanuts at and harass him.” They agreed to drop the charges, if the zoo let him go free. They agreed. 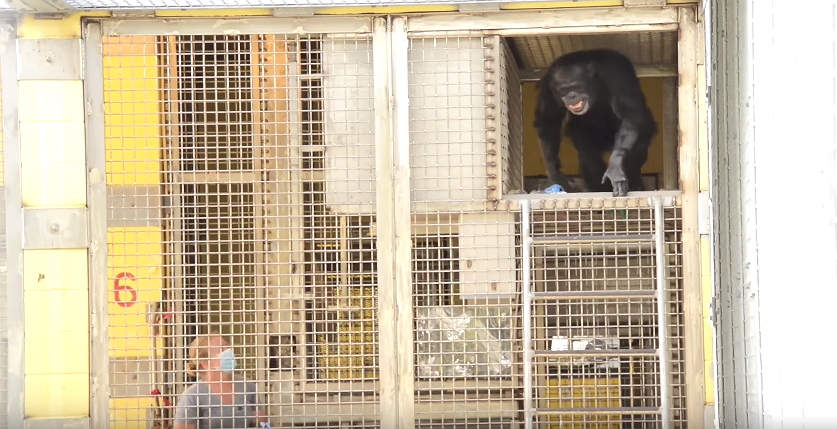 Now Joe has started his new, wonderful life at Save The Chimps Sanctuary in Fort Pierce, Florida. On the way there, they even stopped to visit Jane Goodall! When they got to the sanctuary, Joe was visibly excited. For the first time in 17 years, he finally got to feel freedom and interact with other chimps. 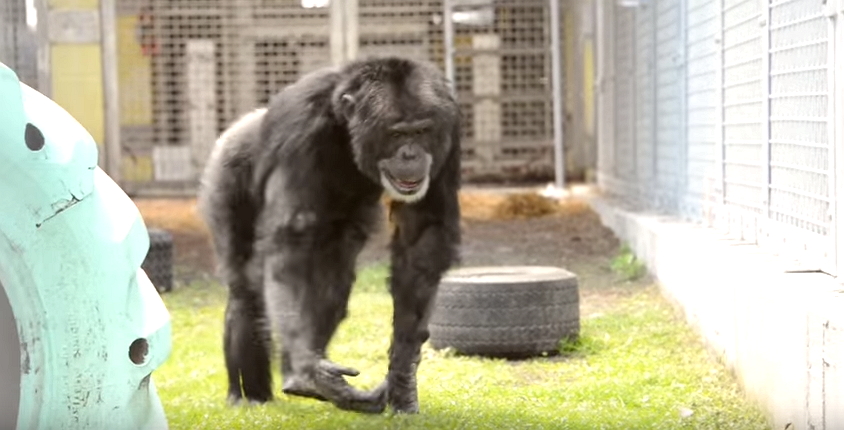 When he met his new chimp friend, Geraldine, he immediately gave her a big hug! Joey has settled into his new home perfectly and is doing great. He even met another chimp, named Timmy, and they spend a lot of time playing together and holding hands. Thank goodness Joey can finally live the life he deserves!

Watch his full rescue story in the video below:

Papa Lion Crouches Down To Meet His New Cub For First Time: Click “Next” below!