Shelters are stressful places for homeless pets and many are not able to show off their amazing personalities. Some cower in the corners, while others bark to relieve some of the anxiety. Shelters are constantly looking for ways to help reduce stress and enrich the lives of the pets. While classical music may work for some dogs, one puppy needed a cat toy to show the world her true colors.

A nine-month-old Chihuahua named Frannie was not able to run and play like normal puppies, because when she arrived at the shelter she was pregnant.

Frannie needed an emergency C-section and her previous owners could not afford the procedure. Their vet suggested that they surrender the puppy to Spokane Humane Society for help. Frannie was rushed into surgery and gave birth to six puppies, but only three survived. 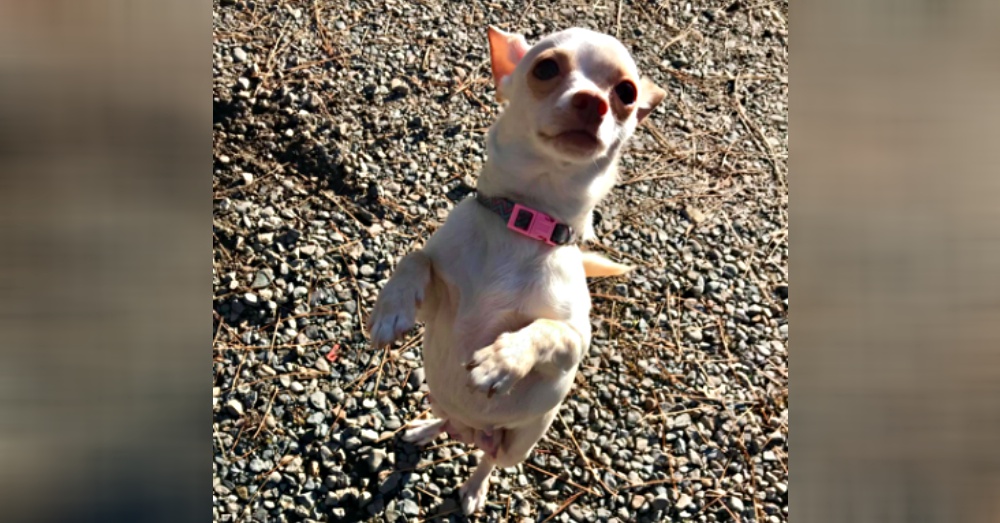 The three puppies and momma were brought to a foster home for around-the-clock care. Frannie’s personality finally started to show a few weeks after the puppies were born. Her foster family discovered that she loves chin scratches, a good cuddle, and cozy places to nap.

The shelter received enrichment toys from GreaterGood.org and the felt snakes, that were meant for cats, unleashed Frannie’s playful side. Her foster family filmed Frannie grabbing one of the felt snakes and shaking it before tossing it in the air. She was finally able to play like the puppy she is. 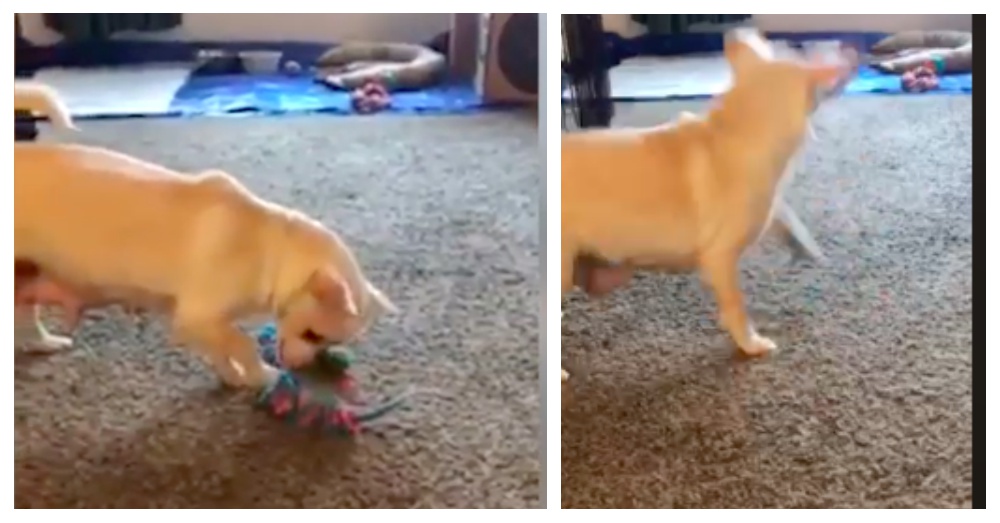 The video was posted to the shelter’s page and received over 800 views the first day. Frannie’s playful antics in the video captured that attention of a woman who ended up adopting her. Not to worry, the shelter made sure to send some felt snakes home with the little pup. “It turns out, Frannie’s new mom worked for the vet that referred Frannie to the Spokane Humane Society,” shelter staff told us. 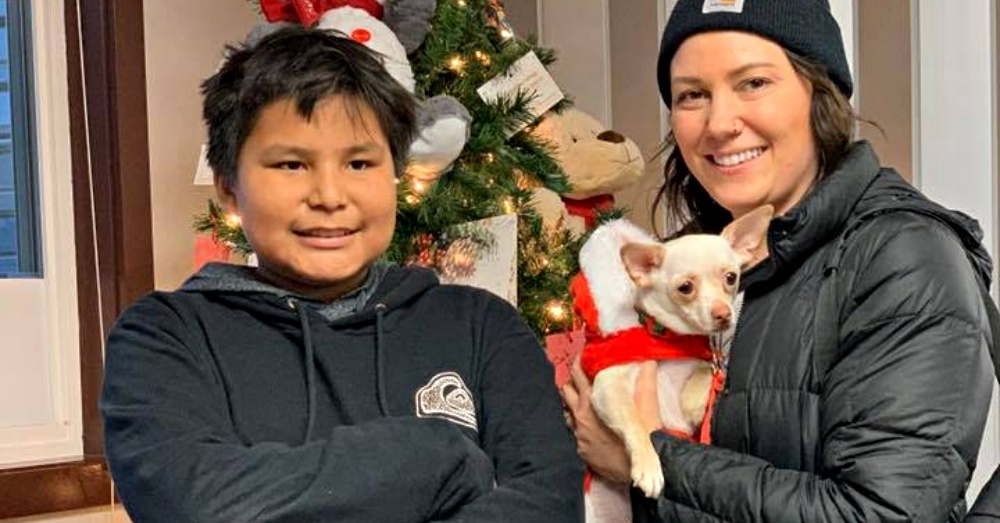 What a happy ending for sweet Frannie! As for her puppies, two have already been adopted and the third has many inquires.

Watch the adorable video below.

Sometimes all it takes is a toy for a shelter dog or cat to show off their true personality. You can help by donating a toy, treat, or both through our Holiday Toy & Treat Drive. All donations made by December 25 will be 100% matched, meaning more joy for shelter pets.