When you’re a senior dog, every second counts! Earlier in 2017, a 15-year-old stray Pug was brought into Suffolk Animal Care Center (SACC) in Virginia. They were hoping he had a home and was lost but no one came to claim him.

The Hughes decided to do more than just help Franklin, they decided to take him into their home, to honor three of their foster dogs that had just passed away. 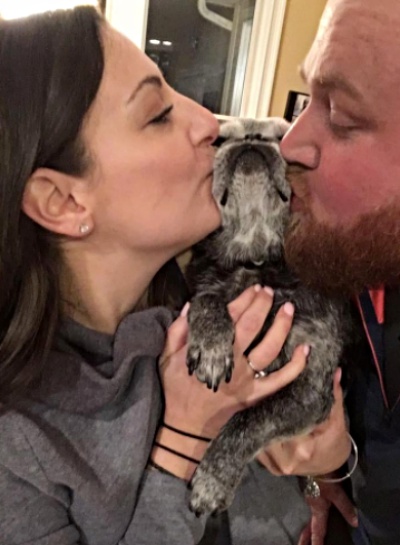 “We have learned that you can never take even one day for granted,” the Hughes wrote on Facebook.”Even though Franklin is a seemingly healthy old man, we wanted to make sure he has every experience that loved dogs have throughout their life, so we made today Franklin’s First February Christmas.” 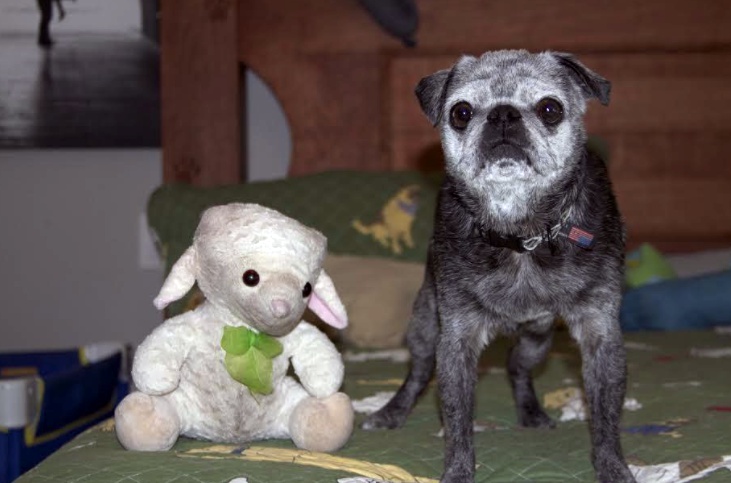 The Hughes adore Franklin and Franklin adores the Hughes. He follows Mariesa everywhere! She calls him her shadow. When Franklin gets too tired to follow her around, she puts him in a baby carrier so he can remain close. D’awwww! 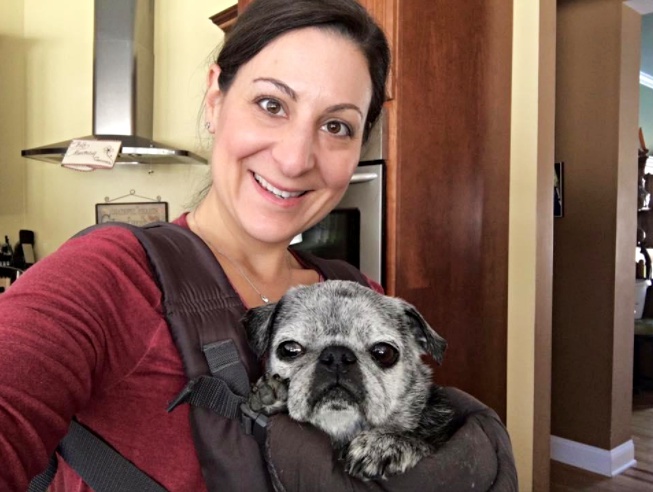 When Franklin isn’t glued to Mariesa, he enjoys being with his new best friends, the Hughes’ dog pack. They all get along PERFECTY! So, the Hughes decided to adopt Franklin, officially. YAY! 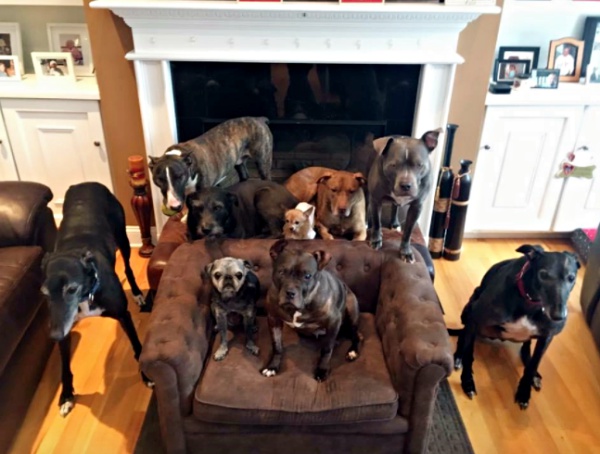 “Franklin is just one of hundreds of seniors who are surrendered [in shelters] or found as strays,” Mariesa said. “He is just one of the lucky ones to get out alive — hundreds of dogs are euthanized every day after being given up by the only family they have known.”

What better way to celebrate growing older than being surrounded with SO much love?! 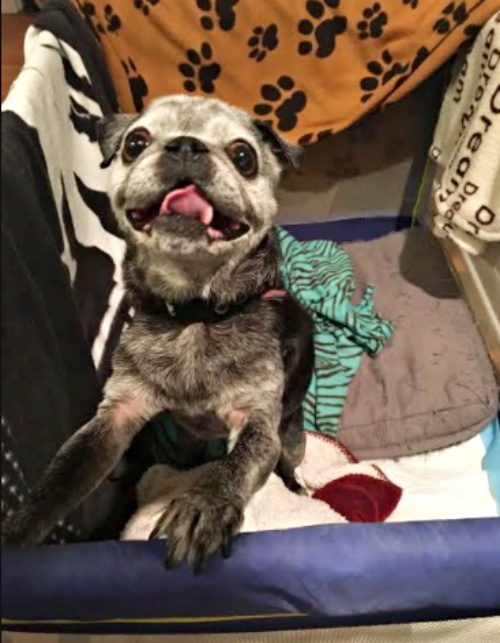