This Ferret Was Lost Wandering A Park, Until A Ridiculous Picture Went Viral To Find His Owner

Frankie the ferret quickly won over all the officers from the Leander Police Department with his charming personality.

Frankie was found wandering alone in a local park and despite their best efforts, were unable to find Frankie’s rightful owner.

In similar cases, officials wanted to alert the public on social media. However, rather than just post a boring image of Frankie, they decided to get creative. 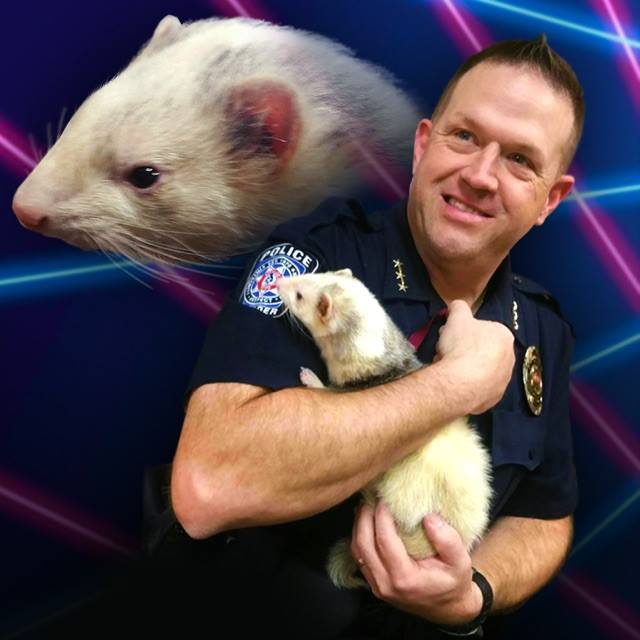 I present to you, a pretty close representation of my 4th grade photo. Complete with a bodacious neon laser background so typical of the era, Frankie and Police Chief Greg Minton looked pretty darn silly.

Despite the crazy photo strategy being odd by many, the strategy worked!

“His owner saw the post on social media,” a spokesperson for the Williamson County Regional Animal Shelter told The Dodo. “She came by had photos and was able to identify a chipped tooth the ferret had!” 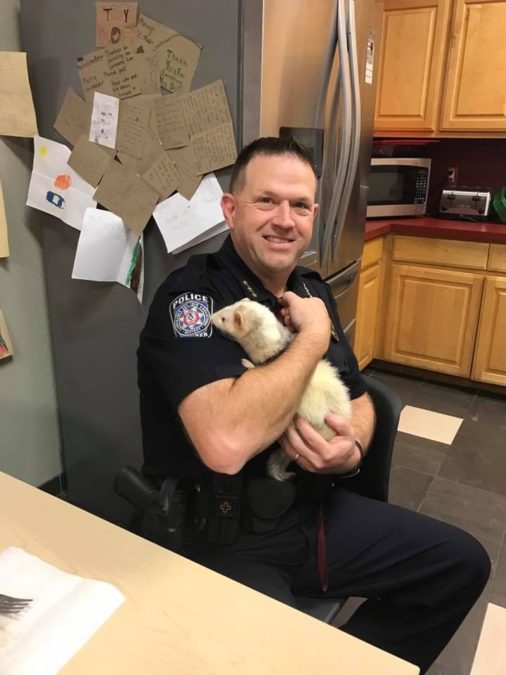 “All the posts we do to return animals have a little humor mixed in, as it helps generate interest and spread the word,” Leander Assistant Chief Jeff Hayes told The Dodo.

Saving animals and having fun on Facebook. Now that’s what I call a good day of police work! 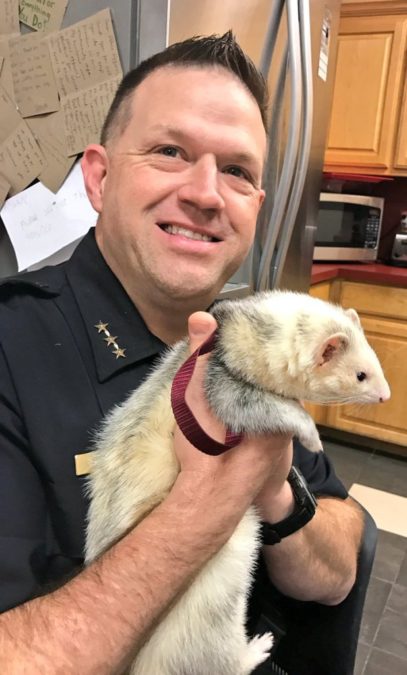