Overly, a young domestic gray-and-white cat was found with his tail in a trap. 90% of his tail was degloved of skin from trying to escape.

He was rescued and brought to a local shelter. Staff from Braveheart Animal Volunteers (BAV) in Bonham, TX, visited the shelter and took one look at Overly’s tail and stepped up to help. The swollen tail caught their attention, along with the sad eyes of Overly, who was in extreme pain.

After they left the shelter, they took him to the vet. After the vet x-rayed his tail, it was recommended that they amputate most of it. 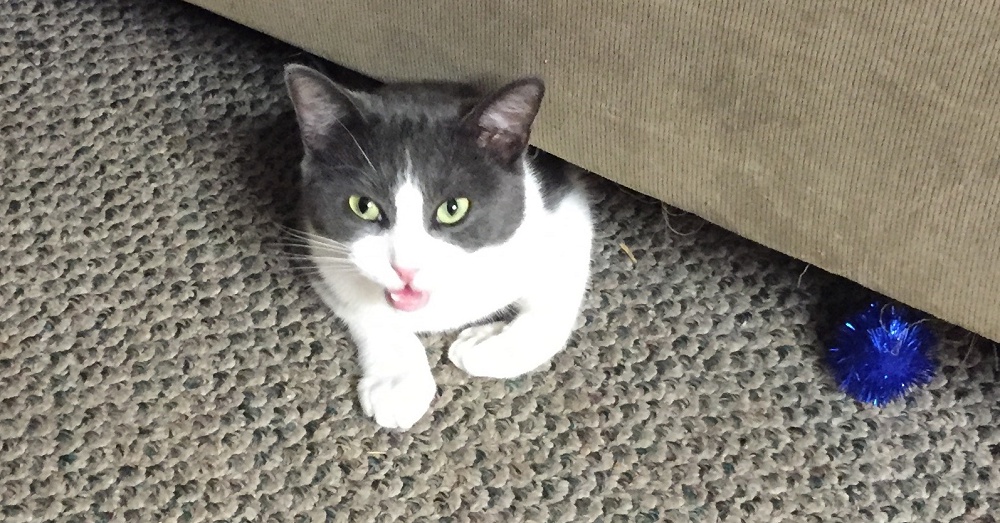 A cat uses its tail to provide balance and to communicate with other animals. Just like it is for dogs, the cat’s tail is an indicator of mood. But in Overly’s case, it simply wasn’t possible to keep it.

According to Cat World, “Caudectomy, tail amputation, refers to the surgical removal of the cat’s tail. This type of surgery is performed quite often on dogs and cats.”

Once the amputation was performed, Overly was put on antibiotics and started on the road to recovery. He was surrounded by cuddles and loving pats. He was treated like a king and, four months later, was fully healed. 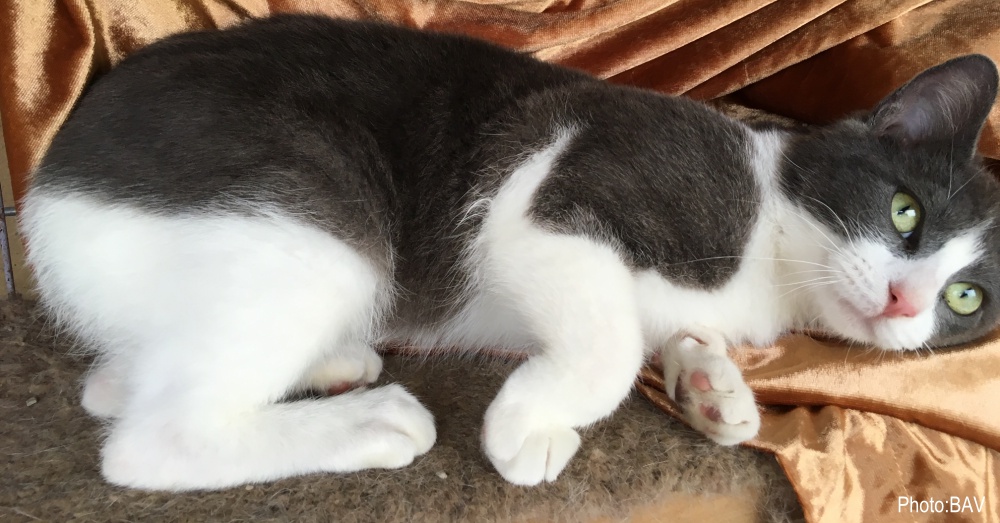 Overly won the heart of a man he now knows as Dad. He is spoiled and loved the way he deserves to be.

BAV was able to assist in Overly’s recovery and surgery with the help they received from the Friends Program by GreaterGood. You can become a monthly member and help more animals like Overly. All the animals thank you for your generosity and compassion.