Alan Whitton from Essex endured “hell” after he lost his beloved dog Mitzi down a fox hole for three days.

Devoted dog-dad Whitton was finally able to reunite with his one-year-old Jack Russell after he managed to dig her out and bring her safely home. 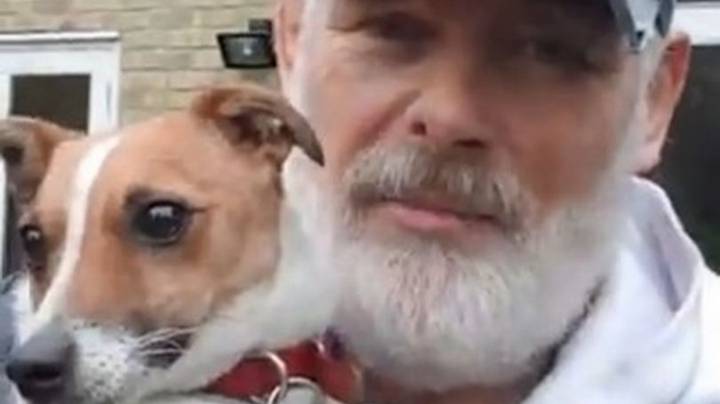 Whitton, who works as a life coach in Whitton Green, first got Mitzi when he was going through the loss of his previous pet, Tinker.

And recently, Whitton had to go through every dog owner’s worst nightmare when another dog chased off Mitzi during a forest walk, and she disappeared without a trace.

Speaking to Essex Live, the 49-year-old said, “This is the first time she had ever gone missing, I call her my business partner because she is always with me, by my side.”

“It was about 8.30 am on Wednesday, during our morning walk when we came across a lady with two dogs, one of them was a Basset Hound wearing a Christmas jumper. The lead slipped out of the lady’s hand and her dog chased Mitzi,” Whitton added.

Whitton frantically searched everywhere for Mitzi, but he couldn’t find her and was beginning to fear the worst. He continued to look for her for hours, but as it got later in the day and the light began to decrease he had to abandon his search for the day.

“I didn’t want to go home without her. But it was late, we had to. It was a really cold night, I couldn’t sleep, it was hellish, I thought she was going to die,” he lamented. 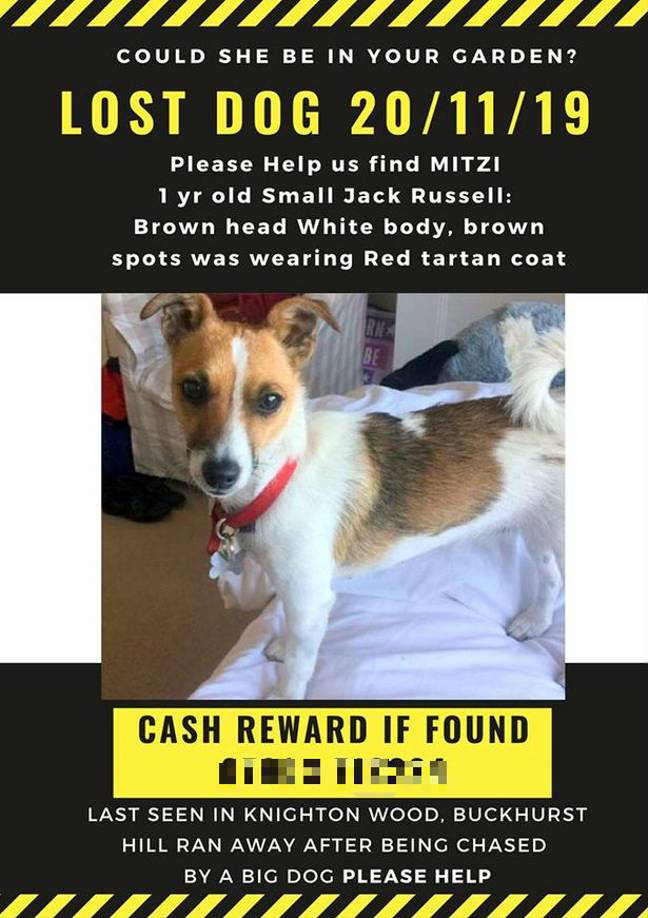 The next day, Whitton resumed the search, returning to the spot to look for her. Then, after ten hours, Whitton decided to leaflet some of the nearby houses, hoping that perhaps someone had seen Mitzi and knew where she was.

As he recounted, “I broke down crying to anyone I spoke to about Mitzi, I was missing her so much.”

Following another sleepless night, he was back searching the next day again.
By this point, Whitton was heartbroken and slowly beginning to accept the fact that he might never see Mitzi again. However, another dog owner swooped in with a tip.
As Whitton said, “She said her dog had been sniffing around a fox hole, and it never sniffs fox holes, so I dropped everything and went to investigate.”

Upon close inspection, Whitton heard a faint whimper coming from the hole and immediately sprang into action.

“I needed shovels, the lady who called me kindly gave me one and I started digging. The people started turning up to help, it was amazing,” he said. 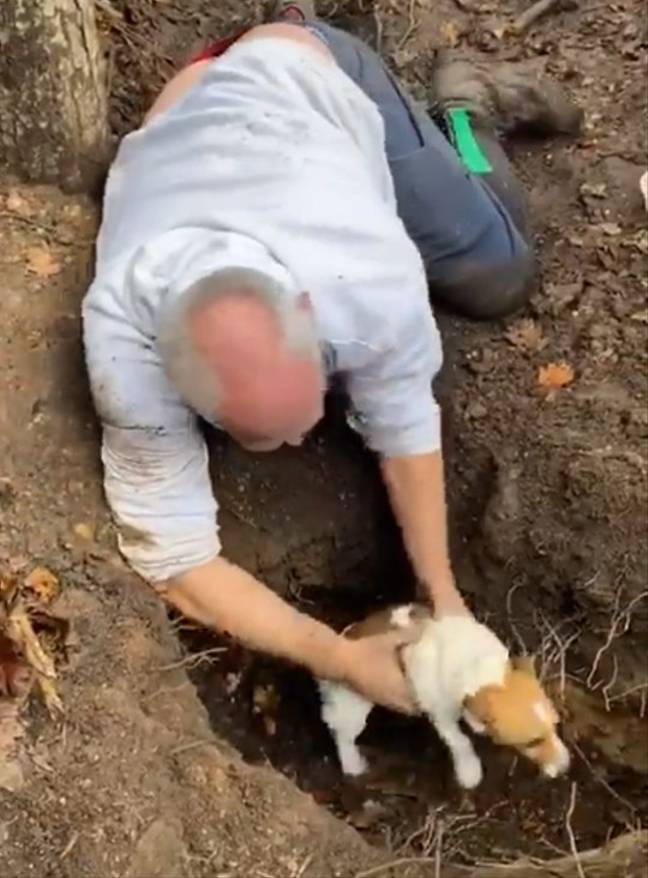 At a little after 1 pm in the afternoon, Whitton and Mitzi were finally reunited.
He stated, “I just broke down, I was overwhelmed with joy and disbelief, I had started to lose hope. It was like a Christmas miracle, all the time it felt like a nightmare I couldn’t wake up from.”

Despite her ordeal, Mitzi was unharmed, except for needing a few ticks removed. But that didn’t interfere with her “smashing her way through a Greggs vegan sausage roll.”

Through the whole ordeal, Whitton did learn one very important lesson which he shared, “Fearing I might have lost her taught me such a deep lesson, not to take anything for granted – to love big and to love hard. I would like to offer anyone who helped find Mitzi a free coaching session, as my way of giving back a debt I feel I owe.” 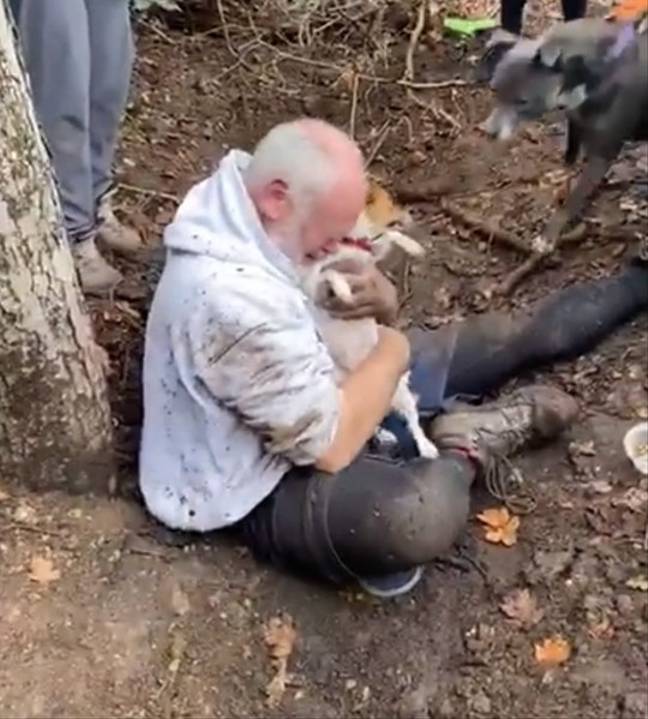 He concluded by saying, “From the bottom of my heart I am so grateful and overwhelmed with the depth of compassion people have. We are capable of so much when we work together. It really has restored my faith in humanity. The prospect of not having Mitzi here at Christmas, I couldn’t even contemplate.”

We are so happy for Whitton and Mitzi and wish them a very happy holiday season together.

You can watch the video of the two below: