Four rescue dogs hope to show the world how amazing rescue dogs are through their adorable photos. They are better known as ‘The Rescue Boys‘ and have recently gotten into the Halloween spirit by dressing up in various costumes. 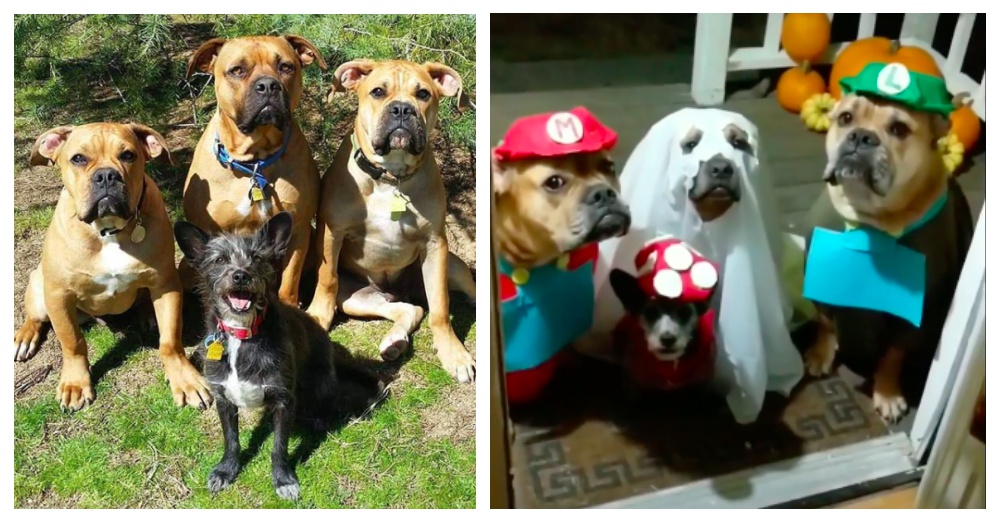 The boys – Ziggy, Bruce, Dale, and Joey – live in California with Anna Schwab and her husband. Schwab recently posted a video of all the dogs dressed in themed Halloween costumes with the caption, “When you find the house giving out the best candy and you go back in different costumes hoping they won’t get suspicious…”

The video featured the pups dressed up on her doorstep and every time the door opened, the dogs had different costumes on. They were dressed up as characters from Lion King, Teenage Mutant Ninja Turtles, Wizard of Oz, and more.

The video has gone viral with 75K views, bringing smiles to the faces of thousands of people. A senior citizen wrote, “Oh my goodness! This is priceless!! This made my 215th day of being quarantined in my senior setting so much better!! Thank you for cheering me up!! Woof! Woof!”

Another viewer said, “So well behaved and the looks on their faces is priceless. The costumes are great especially the ghost. Epic video!”

‘The Rescue Boys’ are living proof that everyone should adopt not shop! Follow the adorable dogs on Instagram for an instant pick-me-up.

Check out the dogs in all of their different Halloween costumes in the video below, and don’t forget to share.