Pride Of Lions Poisoned And Butchered By Poachers For Magic Potions

Rangers at the Rietvlei Nature Reserve, one of the world’s largest game reserves, spend their days caring for the animals and protecting them from poachers. Head Ranger Bradden Stevens spent the last decade caring for a pride of lions known as the Pride of Rietvlei. He was shattered when he found his beloved four lions slaughtered.

Last week, Stevens identified the bodies of two male lions named Jarvis and Tau, and two lionesses named Bashi and Tawani. They were fed poisoned meat by poachers, causing them to suffer before dying. The heartless monsters used machetes to hack off their paws and jaws to be used in magic potions. 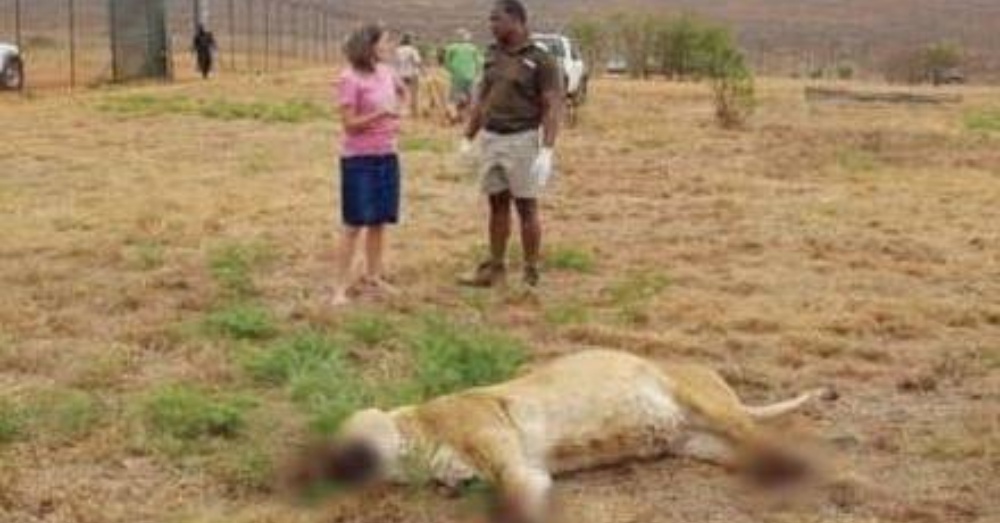 Inconsolable Stevens said, “I have worked with this pride of lions for 10 years in a world where they were not exploited for human greed or vanity but in a world that was part of responsible and ethical tourism.

“These last few days have been the darkest I have ever experienced and finding my lions who were my life in the way that I found them will live and haunt me for the rest of my life.

“I am convinced these lion parts do not go far but find their way into local muti markets with muti being body parts that are used to make traditional medicines or magic potions.

“These markets need to be shut down and those who come into game reserves where these magnificent animals are safe and butcher them in such a way need to (be) severely punished.

“My heart is breaking for my four boys and girls and I am in a very dark place right now.” 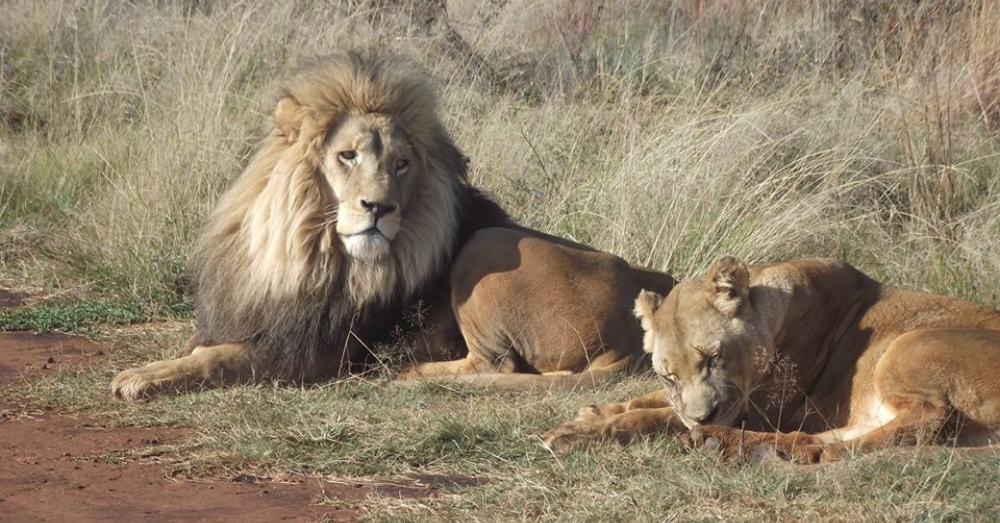 Muti is a term used to describe the traditional medicine in South Africa, but some call it black magic. Traditional healers sell the animal body parts in muti shops or use them in magic potions. 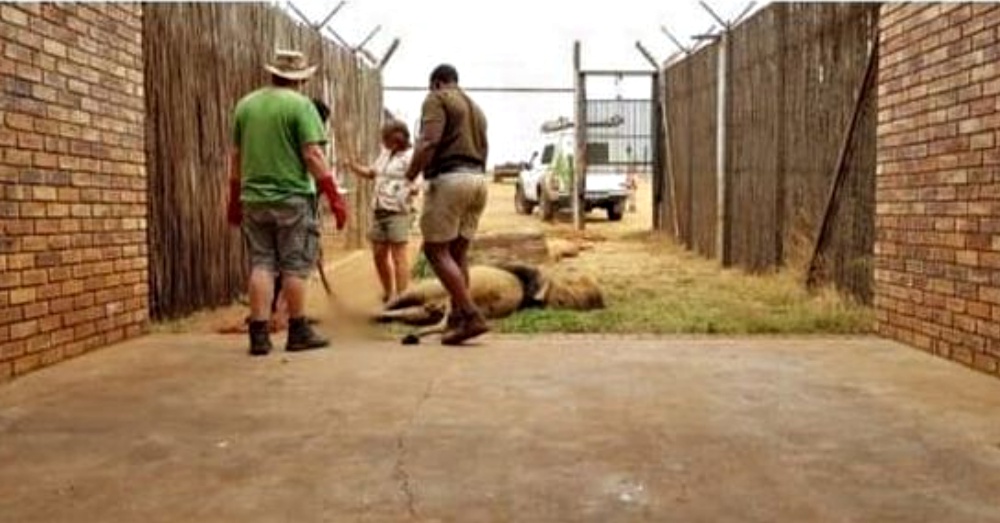 One unidentified healer told The Daily Star, “The lion body parts are used to make strong muti which is a witchcraft potion made by healers to cast spells.

“These can be used to protect a person from illness or cure them or make them strong or virile or even used to scare enemies away or prevent them from being attacked.” 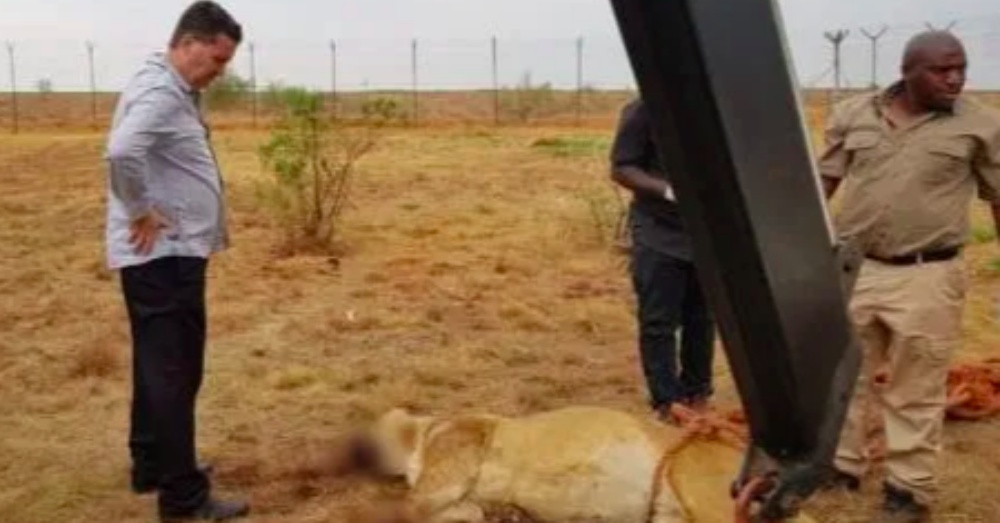 Officials believe it was an inside job after an armed gang with knowledge of the reserve broke into the secure lion compound. “This horrific crime will not go unpunished,” said a spokesperson for the South African Police Service.

Sadly, these type of attacks have occurred before and poachers will continue to kill for money. Stevens said, “It is so tragic that our magnificent pride met such a savage and cruel end at the hands of men looking for money.” 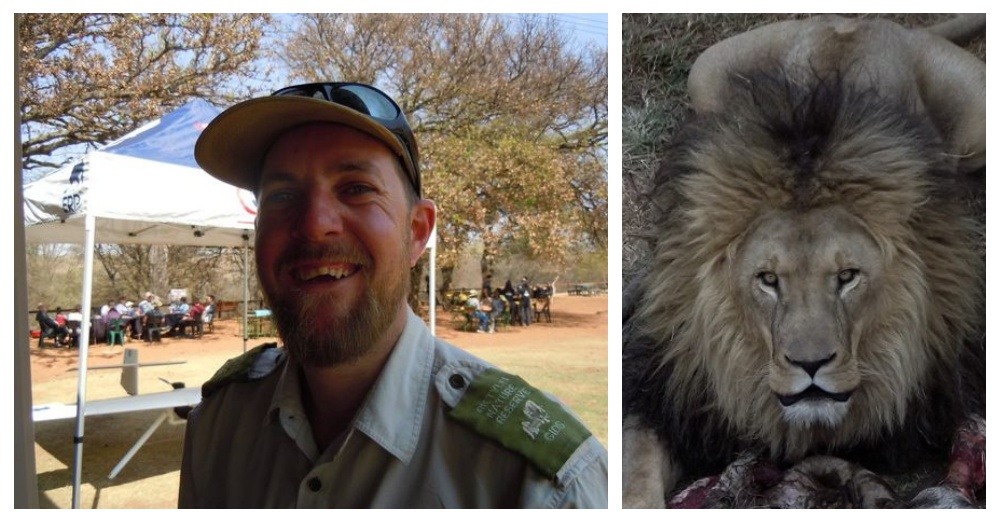 He went on to say in a post, “Today I make my stand! I will not sit back and watch our wildlife being mutilated! These animals belong to every South African and it is time we take ownership! Who is with me?”

South Africa Reclassifies 33 Wildlife Species, Some Endangered, As Farm Animals: Click “Next” below!