Three dogs who have never met each other are taking on the biggest challenge of their lives so far: walking.

Faith Wright is a foster mom in Austin, Texas and is taking care of Elsa Rose, Danali and Starfish.

Elsa Rose is a young Siberian husky mix who was originally rescued when she was found wandering around in a Texas park . Veterinarians determined Elsa had a condition known as swimmer’s syndrome, characterized by a lack of strength in the legs and an inability to stand.

Elsa has recently undergone surgery to amputate her immobile back legs due to the strain they were putting on her front legs. to She is currently making great strides in physical therapy. 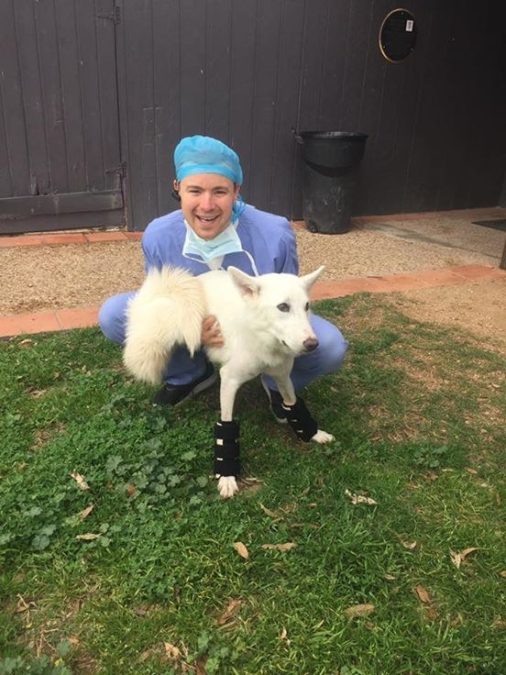 Danali is a 5-month-old boxer mix who was found with a bullet from a pellet gun lodged in her spine.

“She was very shy and scared when she first came to me,” Wright told the Dodo. “Once I put her with Elsa Rose, she became so happy and followed Elsa Rose everywhere.”

Sadly, the bullet was unable to be removed from Danali’s spine and veterinarians told Wright that she might have to remain in a wheelchair for the rest of her life.. However, her joy in socializing with other pups has been an important aid during recovery, motivating her to stay active. 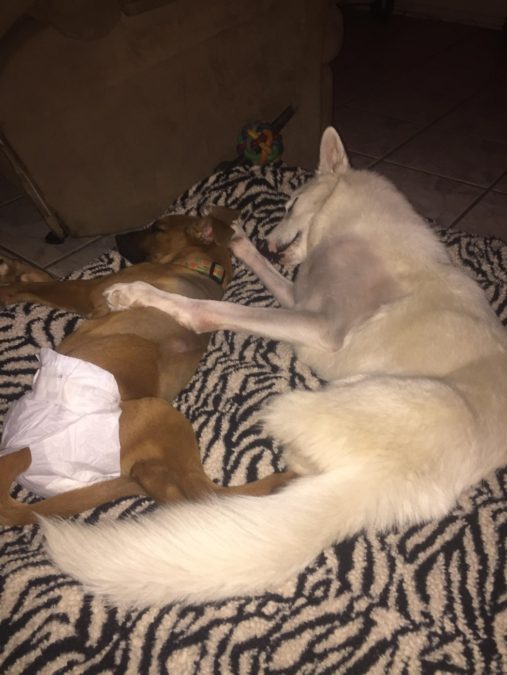