Green and gold are typically seen as Irish colors, but a puppy born in Scotland is showing just how lucky dogs can be outside the Emerald Isle.

Born to a Golden Retriever owned by a Scot named Louise, the green puppy has been aptly named “Forest.” 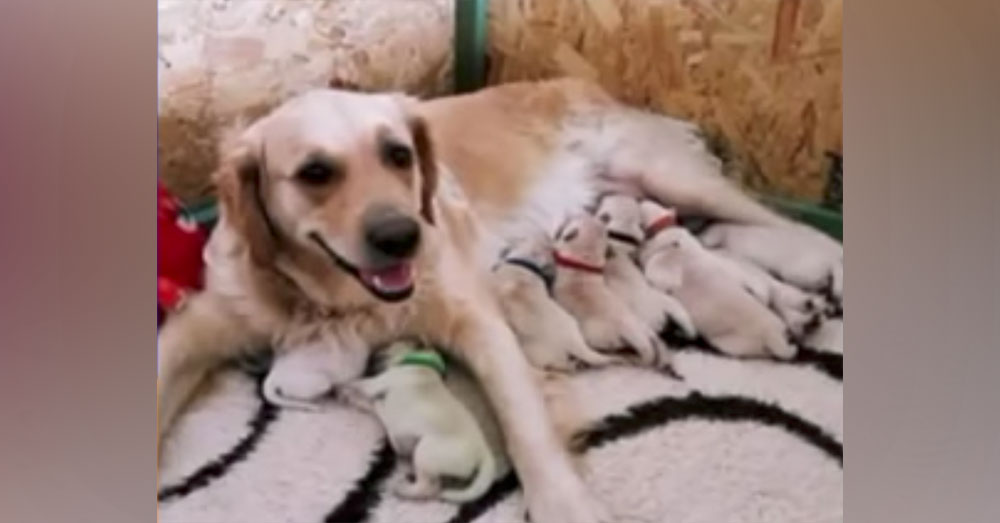 Source: YouTube/Screen 24
Forest is a green puppy, born to a Golden Retriever.

Forest is truly one of a kind, though the condition is not unheard of. Only two other times in history have “green” puppies been recorded, neither to as much adoration and fawning as Forest.

In contrast to his Golden siblings, green Forest really stands out! 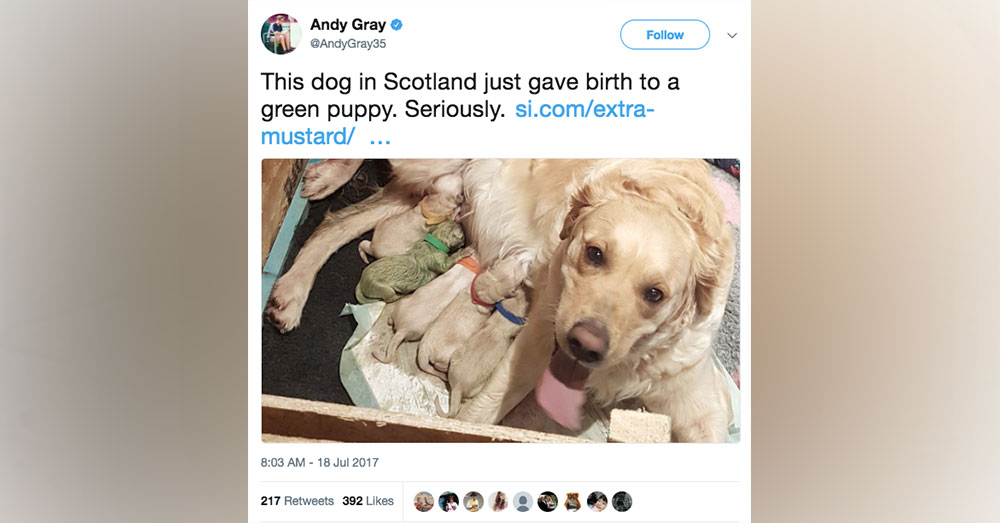 Source: Goodfullness
The internet is in love with this green puppy!

Forest may not look like his puppy brothers and sisters, but his true colors are hued with just as much kindness and curiosity! 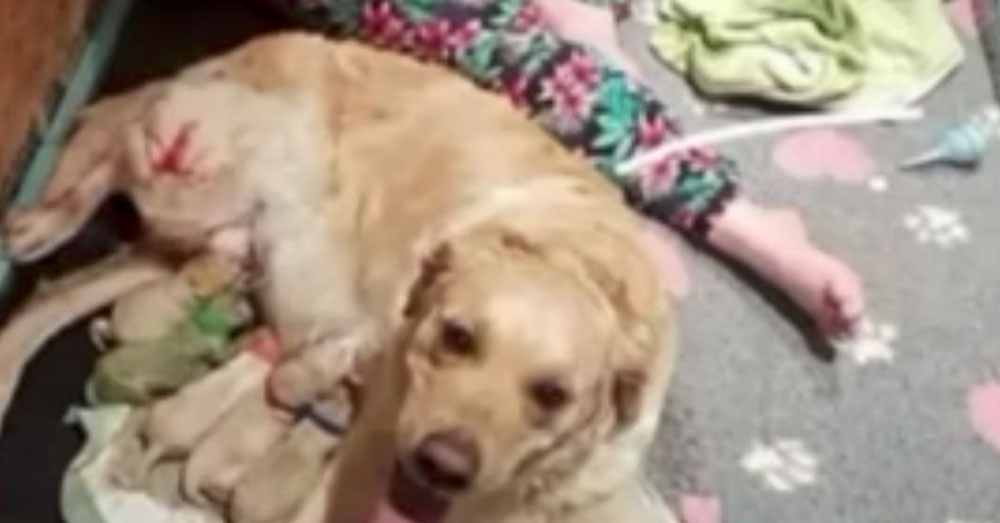 Source: YouTube/Screen 24
Forest stands out from his brothers and sisters, and his mother couldn’t be happier!

So, how exactly does one make a green Golden? It’s not a dye job, that’s for sure. Forest’s roots run deep, likely owing to a bile pigment that made it’s way into his mother’s placenta and stained his puppy coat while in utero. The pigmentation combined with his mother’s amniotic fluids left Forest looking a bit minty.

It’s a strange sight to see, and it won’t last long. According to Louise, the greenish tint is already starting to fade away after just a few rinses.

Forest may not be green for much longer. Whether or not his puppy luck will last is yet to be seen, as well.

What is for certain, this is one incredibly adorable animal! Watch more of Forest in the video below.

Pass this story along and share the good luck with your friends!