Shelters have a big responsibility, and when pet parents abruptly decide owning animals is not for them, all too often it falls back on the shelter to rescue and care for those left behind.

And in Des Moines, Iowa, quite a few were left behind.

“When we went out Friday night, I shined my flashlight into the woods and there (were) just eyes looking at me,” AHeinz Pet Rescue and Transport owner Amy Heinz told KCCI. “It was kind of creepy.”

Heinz posted a plea for help on August 12 after dozens of dogs were found abandoned in a nearby state forest. 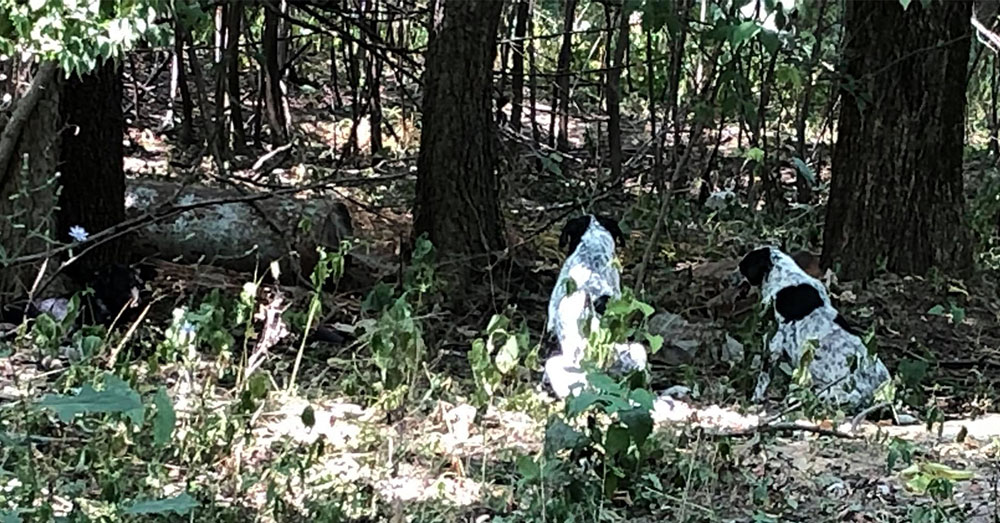 “We are in the middle of an Iowa national forest trapping dogs,” the post read. “There are at least 20 out here. We caught one Friday night and we caught two more today. This is going to be a long patient process.” 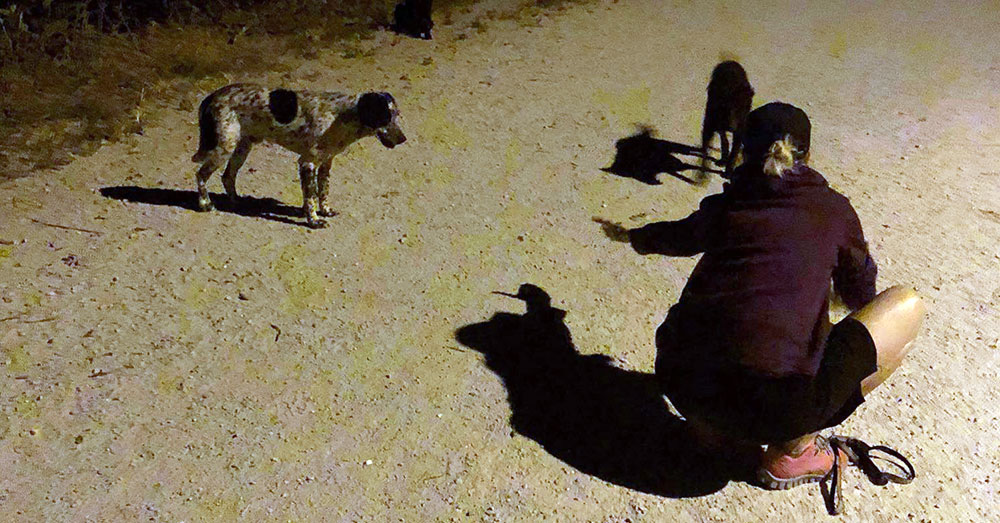 According to KWQC, rescuers caught one of the dogs on Friday, Aug. 10, and two more that Sunday. They rescued six of the dogs over the course of the weekend, and another on Monday.

“It’s been a long day in the woods but we are coming home with six dogs! We will be going back to try and catch more on Tuesday,” the pet rescue posted Sunday night. “We have a 90 minute drive home and then will have to get everybody settled. I can’t wait to see them in a safe environment!” 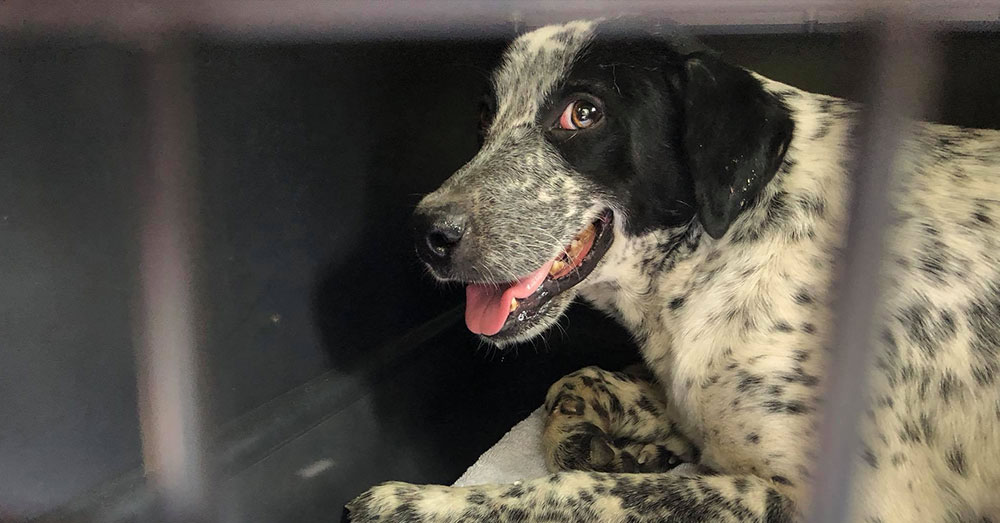 Source: Facebook/AHeinz 57 Pet Rescue and Transport
The dogs were coaxed out of hiding by Egg McMuffins.

One of the dogs, named Ralph, was found suffering from cuts to his face, and an infected eye. Heinz posted a video of Ralph on Facebook, which has since been seen more than 24,000 times.

“This is what happens when you dump your dog,” the rescuer said. “It doesn’t live happily ever after in a beautiful forest. It turns out like this.”

AHeinz asked the community for donations on Monday morning, having rescued 7 of the dogs by then. Pictures of abandoned dogs and the video of Ralph must have been convincing enough. By early the next morning, the shelter was on the receiving end of $7,325 in donations.

“They will be seeing a vet today to assess their condition and injuries. Then the hard work will begin to rehab them and help them understand that they are safe and loved,” AHeinz wrote as an update on the Forest Dogs.“They will learn that they don’t have to fight for survival anymore. They will learn that they can play with toys and just be a dog. They are so much like my Misfits. I can’t wait to watch them bloom!” 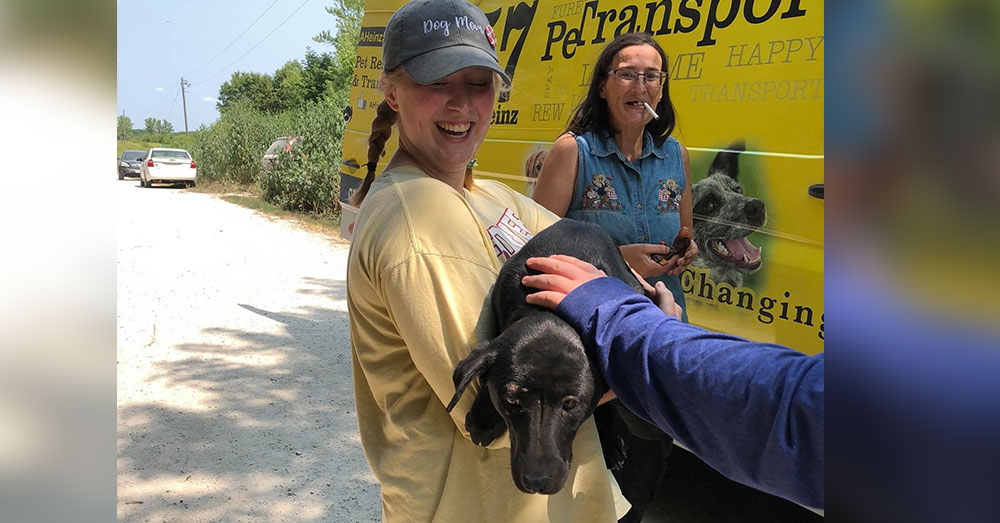 There are yet several more dogs still roaming the state forest, though AHeinz has had luck luring them to safety with Egg McMuffins, the DesMoines Register reports. 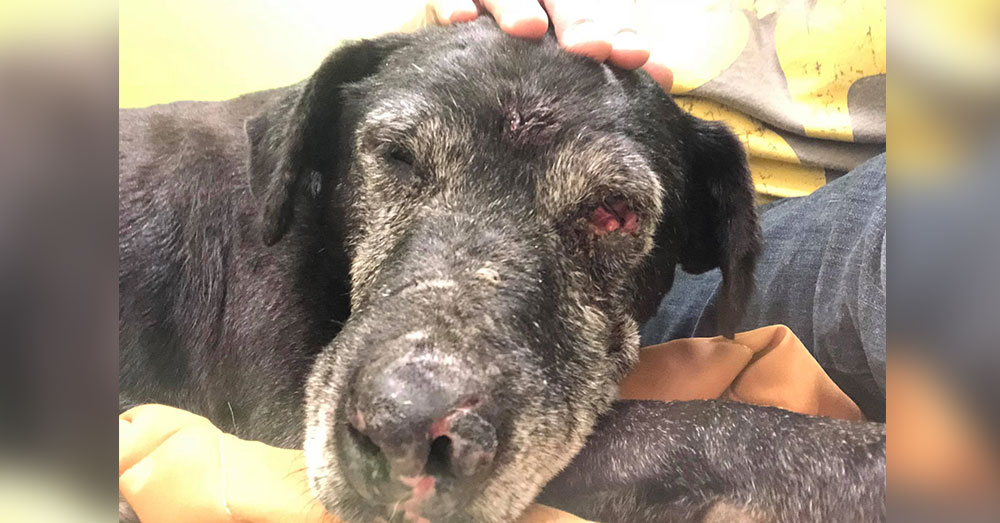 Source: Facebook/AHeinz 57 Pet Rescue and Transport
A dog named Ralph suffered from a cut face and an eye infection.

Within the 20,000 or more acres of state forest, multiple generations of dogs have been trying to survive in the wild, many of them feral. Even pregnant mothers are not safe from the attacks of other dogs when fights break out over scarce resources. 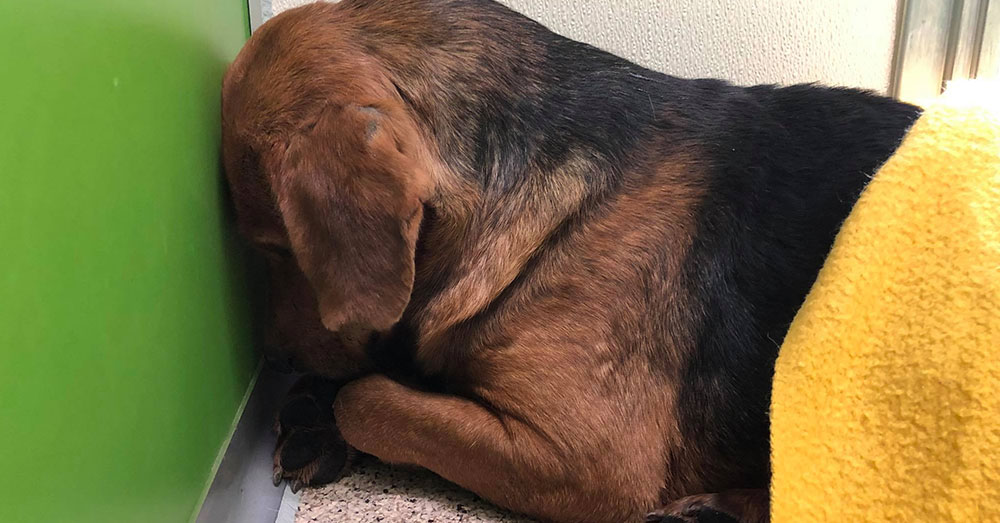 Source: Facebook/AHeinz 57 Pet Rescue and Transport
One of the rescued Forest Dogs curls up in a corner.

“You can just hear her screaming and hear the boys break out in a fight,” Heinz told the Register. “It’s heart-wrenching to hear that because you know what they’re doing to her. That’s no way for anybody to live.”

Abandoning a dog in Iowa is illegal, and punishable by misdemeanor.