Dog Shows Up From Out Of Nowhere, Interrupting High School Football Practice, Even Joining In A Few Plays

The Geraldine-Highwood High School football season is looking pretty good this year, especially if they keep their furry new teammate on the squad.

A Basset Hound joined the Rivals during an August practice, and though many of the players were concentrating on the upcoming season, they had no trouble obliging the sporty pup with a few playful drills.

“The head coach told me she just showed up at the start of practice and no one knew where she came from. They were referring to her as their ‘mascot,'” KRTV News cameraman Thomas Wylie told The Dodo. “It’s a very small town so I assume she made it home or back to her owners alright. But she was as cute and friendly as can be. Just wanted to play with the players and be a part of practice.” 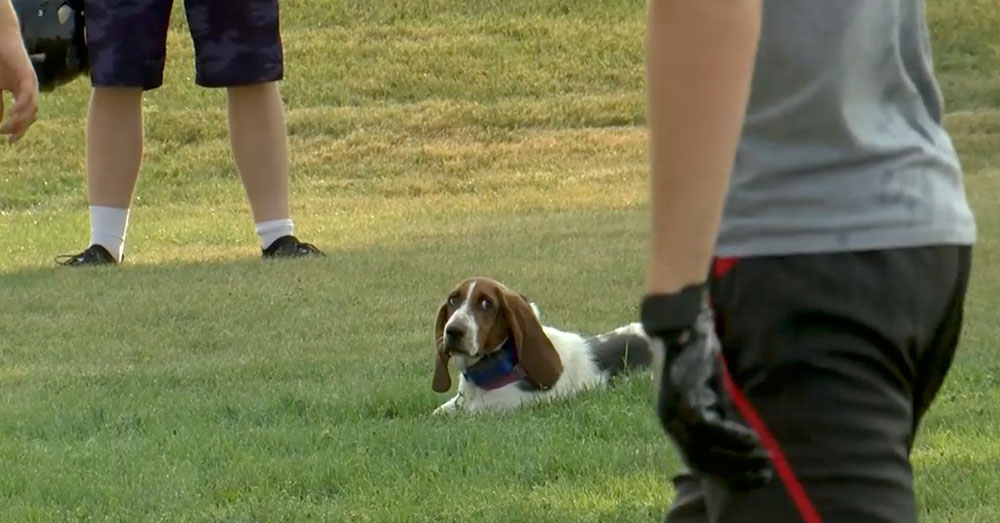 Source: Facebook/Thomas Wylie
There’s a flag on the play.

The dog doesn’t seem cut out for captain, and lacks the size and strength of a fullback, but maybe special teams has a spot on the bench for this curious critter. He’s not great at handling the ball, but he might be confused for it.

“My new favorite small town Montana moment,” Wylie posted to Facebook. “No one at Geraldine-Highwood football practice knows whose dog this is or where it came from. But he/she immediately became the team’s new mascot.” 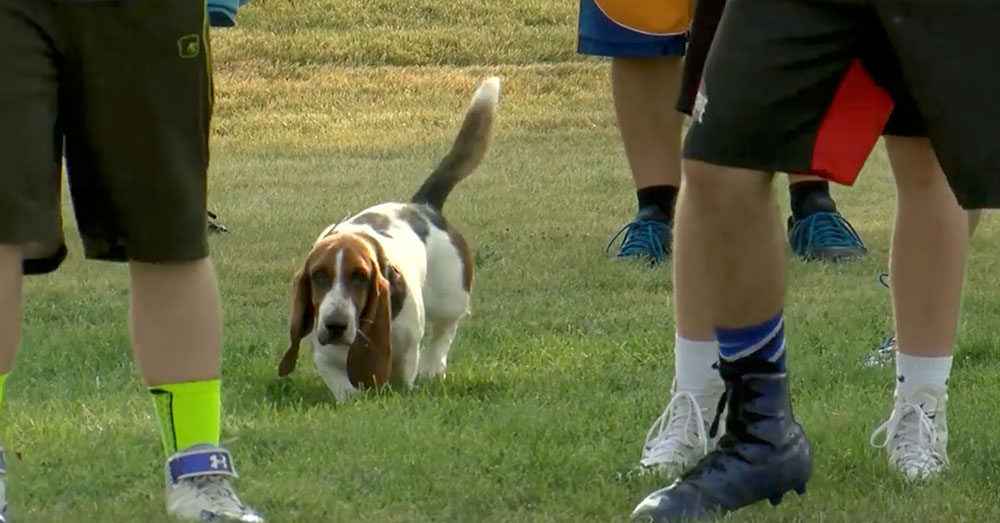 The team faces their first opponents of the season on October 5. The North Toole County Refiners will certainly be ready for the match, but whether or not they’ve had help from a hound in the preseason is yet to be seen.

The Basset from Geraldine-Highwood’s practice was later found by owners, who live near the field. If his parents aren’t already football fans, they might think about at least springing for one season ticket. 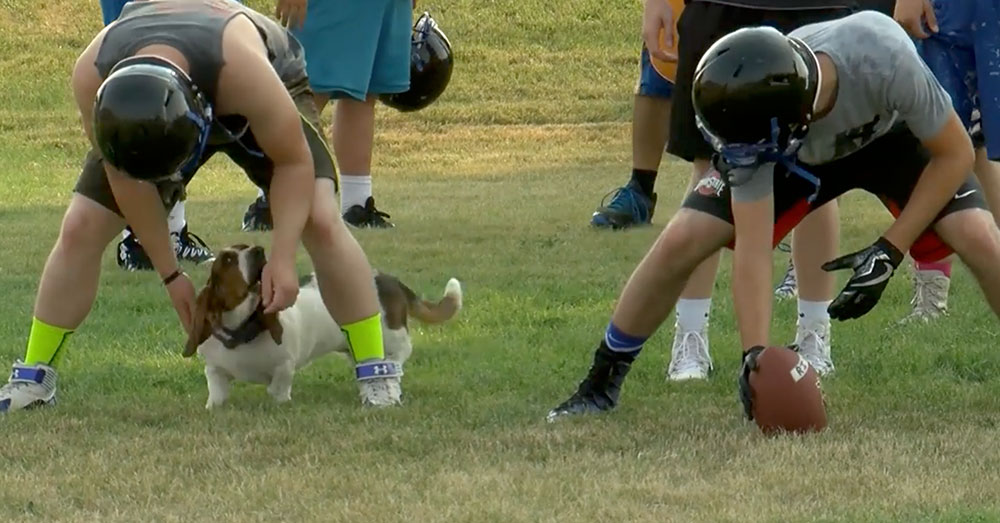 Source: Facebook/Thomas Wylie
Is this a trick play?

Watch more of the Basset’s big play in the video below!