Les Miserables turned the story of some stolen bread into one of most moving masterpieces of all time.

This story involves its fair share of stolen food, as well, but the perpetrator is much less a praised persona than Jean Valjean. Surveillance camera footage from an Oregon animal shelter caught the criminal on tape; a woman who stole hundreds of pounds of donated dog food.

Even after signs were posted, notifying visitors that their actions were being recorded, the woman kept showing up, taking several packages of food at a time. 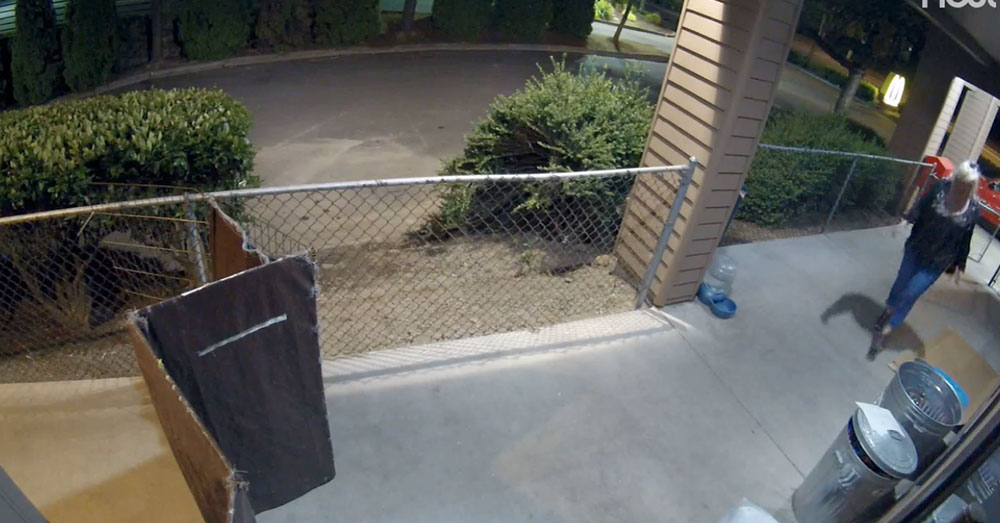 Source: Facebook/KATU News
The woman pulls up in a red vehicle and heads toward the food.

The rescue posted the security footage of the thief in action on Facebook.

“At Oregon Dog Rescue we love our community and try to help as many people and dogs as we can,” the rescue posted to Facebook. “Over the past few months we have had the same individual on our security cameras stealing dog food from inside of our front gate multiple times.”

Each time, the woman pulled up in a red vehicle, grabbed several bags of food from the rescue’s bins, placed them in her car, and drove off. 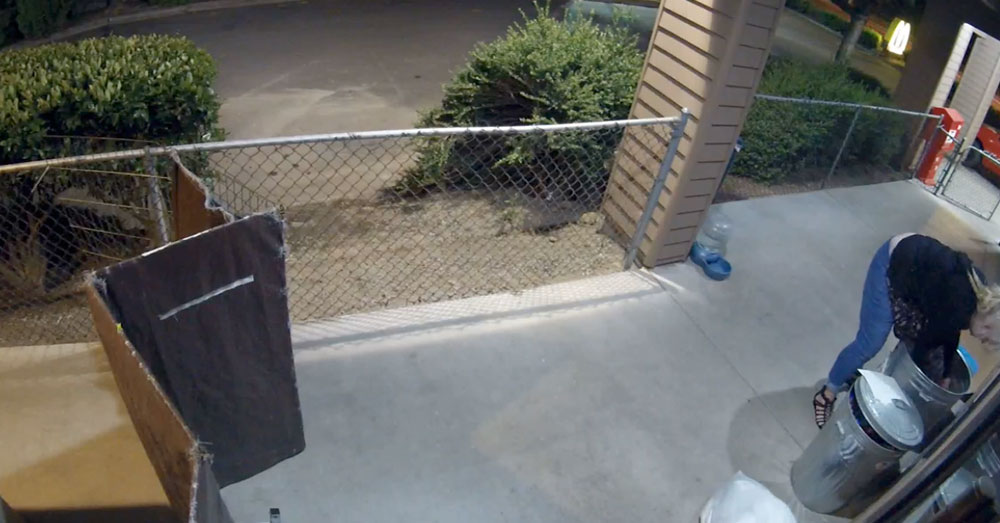 Source: Facebook/KATU News
The woman stole hundreds of pounds of food from the animal rescue.

As a small non-profit responsible for feeding up to 2,000 dogs a year, as well as sending food to rescue partners in California, the Oregon Dog Rescue needs all the help it can get. Donations make up a lot of that help.

But it can’t do much good if it’s being stolen.

“These food bins are donations from the dog loving public meant to be for rescue dogs!” The post continued. “These bins are left inside of our gate so that the public may drop off food anytime.

“If you know this woman please tell her to stop stealing from the dogs! We are happy to provide food for those in dire need but stealing full garbage cans full of food is not acceptable!” 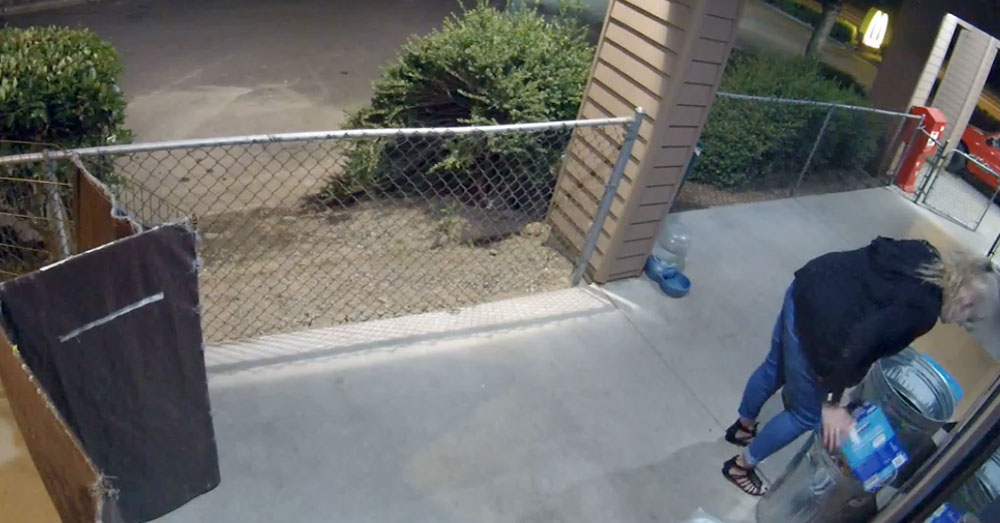 Source: Facebook/KATU News
Police have identified the woman, but no charges have been pressed yet.

A commenter recognized the woman in the video. They then alerted the Tualatin Police, who took charge of the matter.

There are yet no charges being pressed against the woman, but the investigation is still in progress.