“He looked like something out of a Halloween horror show,” said Dr. Diane Healey with the Hillsboro Veterinary Clinic.

Hours earlier, a garbage disposal worker in Hillsboro, Ore., was attempting to empty a trash can with his truck’s hydraulic arm when he noticed its contents weren’t coming out. Nearing the can, he heard the faint cries of a struggling animal.

Inside, a small cat, covered in hardened spray foam, hung by its back legs. 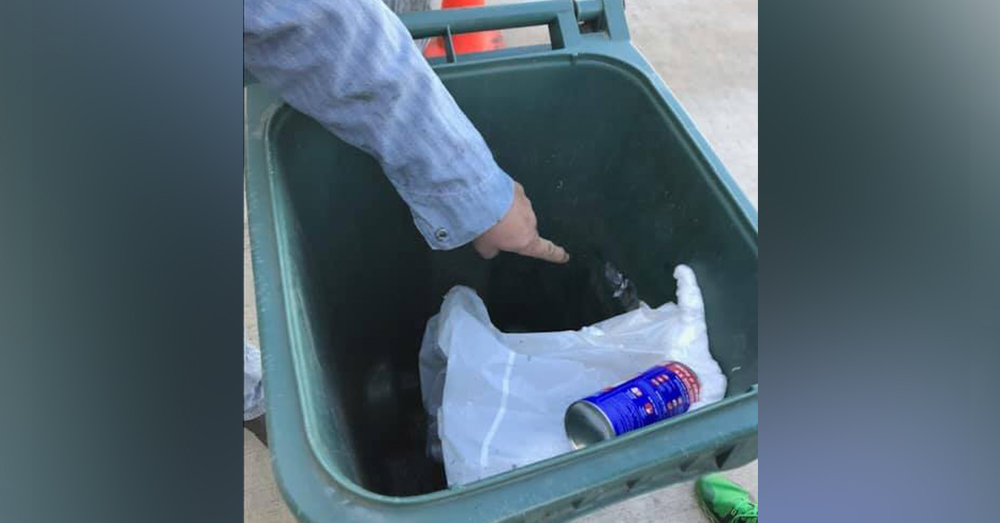 Source: Facebook/Bonnie Silkman
The struggling cat was thrown in a garbage can.

According to KPTV, the driver did not remove the cat, but took the entire can back to the Hillsboro Garbage Disposal facility, where his coworkers helped rescue the kitten, only 8 weeks old, by chipping away bits of the sealant. 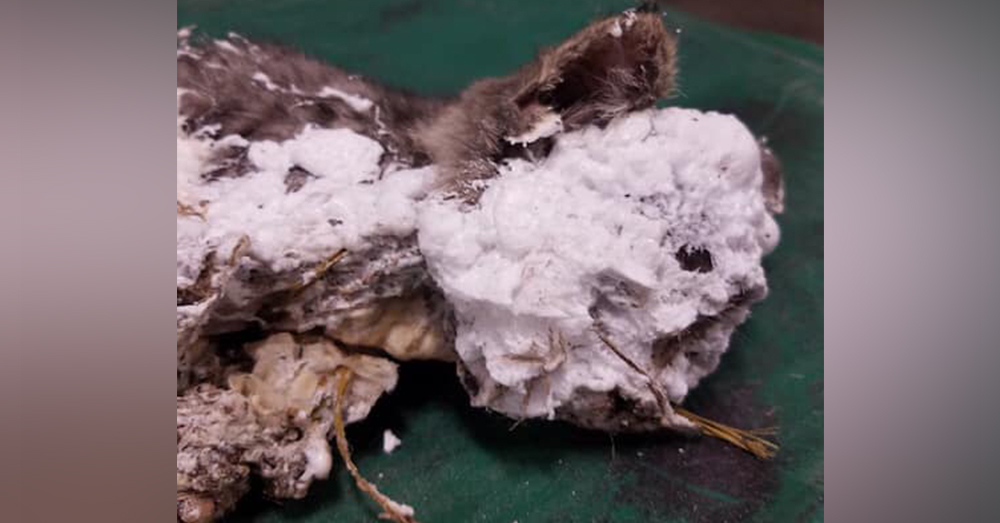 Source: Facebook/Bonnie Silkman
The 8-month-old kitten was covered in a hard foam sealant.

“A whole team of his coworkers came together and rescued the cat, and cut it out, they used razor blades to cut some of the foam off the kitten’s face…and bring it to the vet,” Brian van Kleef, a deputy with the Washington County Sheriff’s Office, told the station. 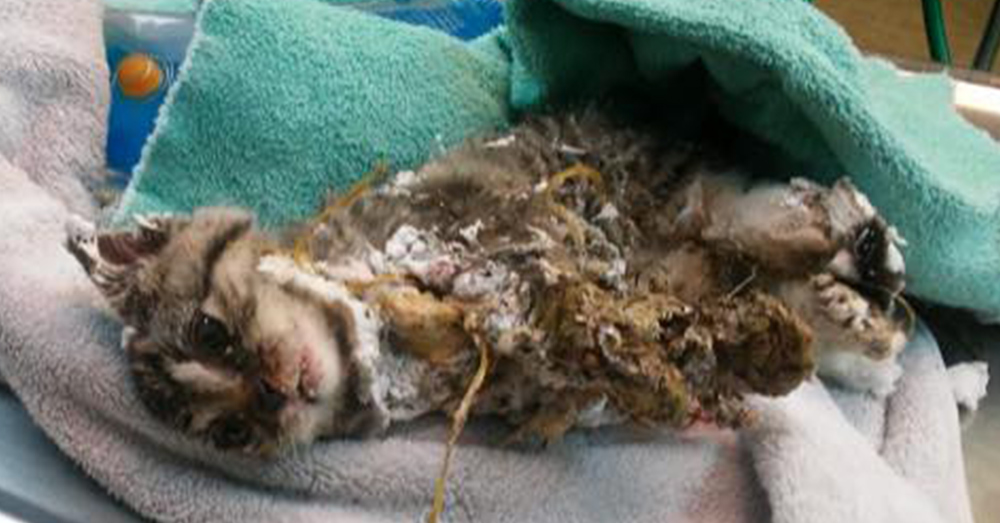 Source: Facebook/Bonnie Silkman
Staff at the waste facility removed most of the foam.

At the Bonnie L. Hays Small Animal Shelter, Healey is making sure the kitten gets proper medical attention. 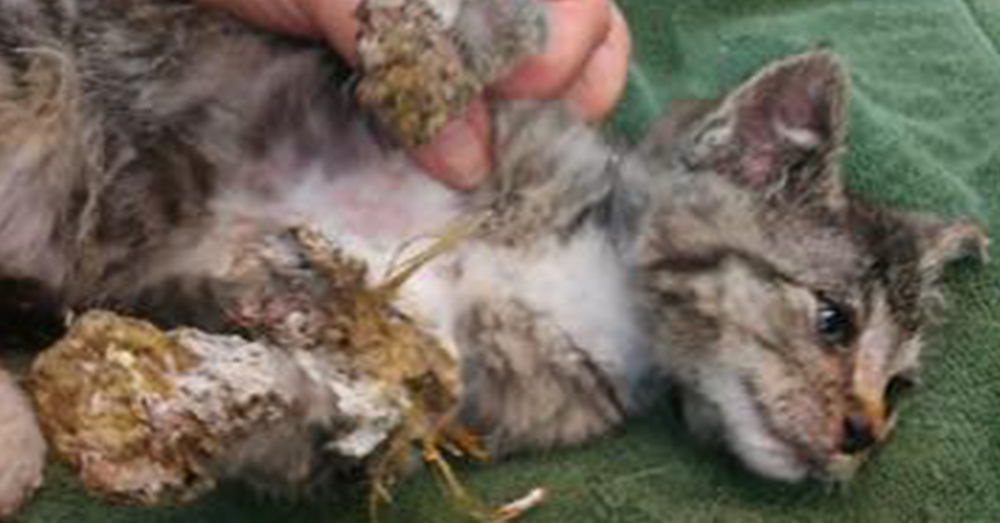 Source: Facebook/Bonnie Silkman
The kitten is now being cared for at a local shelter.

The kitten is expected to make a full recovery. Meanwhile, investigators believe the crime was carried out by someone from one of the homes near where the trash can was found. As KPTV reports, there are feral cats living near those homes, two which have recently given birth to litters of kittens.