Hikes are a real treat for dogs, especially big fluffy ones like Kato.

Though he’s been on nature walks before, a recent hike through the Evergreen, Colo. forest ended in distress for Kato and his owner. The 5-year-old, 120-pound Great Pyrenees became dehydrated and couldn’t go any further.

According to USA Today Evergreen Fire Rescue came to their aid near the Maxwell Falls trailhead on Sunday, June 10.

“We heard ‘dog in distress,’ and a bunch of us showed up,” said Stacee Martin, public information officer for Evergreen Fire Department. 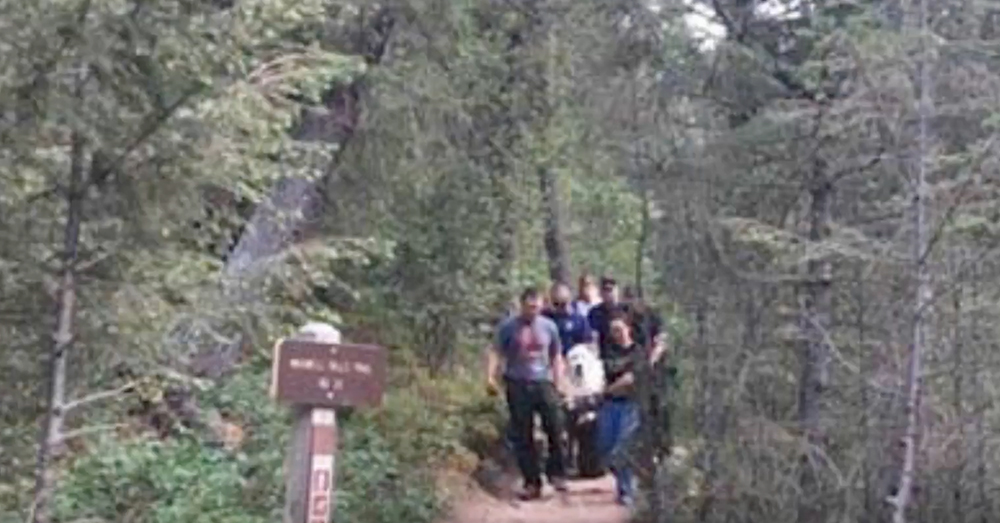 Officials found Kato responsive, but unable to move his legs. Hoisting him up with a stretcher, the rescue team and Kato’s owner were able to carry the exhausted dog back to the trailhead for further assistance.

The Evergreen Fire Department is comprised of volunteers, so there were no fees incurred as the result of Kato’s rescue, save a few snuggles with his fluffiness.

“We choose to help animals,” Martin said. “Doesn’t matter if it’s a horse stuck in the mud, owls that fall out of the nest … this is something that the community supports.” 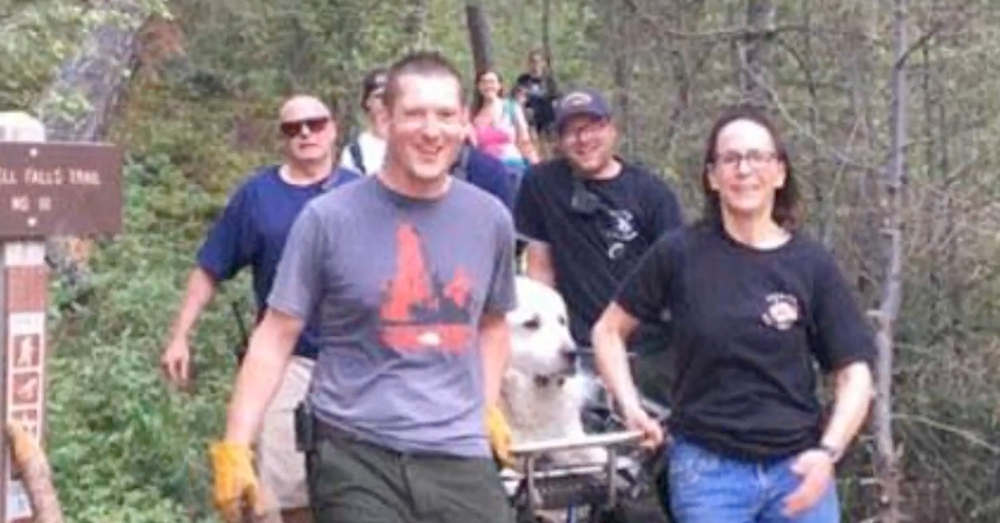 As Martin maintains, the trail Kato was on is not for beginners.

“It’s got some ups and downs, steep parts,” she said.

Watch more of Kato’s rescue in the video below!

If you do take your dog on a hike, make sure it’s up to date on vaccinations, and bring along enough water and food to keep your pet’s energy levels up.