Gardens are full of beautiful flowers and budding plants that attract many types of bugs. Margaret Neville was admiring her lavender bushes in her garden in South Africa when she noticed something new.

Crawling on one of the branches was a bug like she had never seen before. The beautiful creature looked like a piece of art. The legs were covered in light purple flowers, similar to the lavender buds. However, the most mesmerizing area were the bug’s wings. They were green and white with a black swirl that resembled an eye. 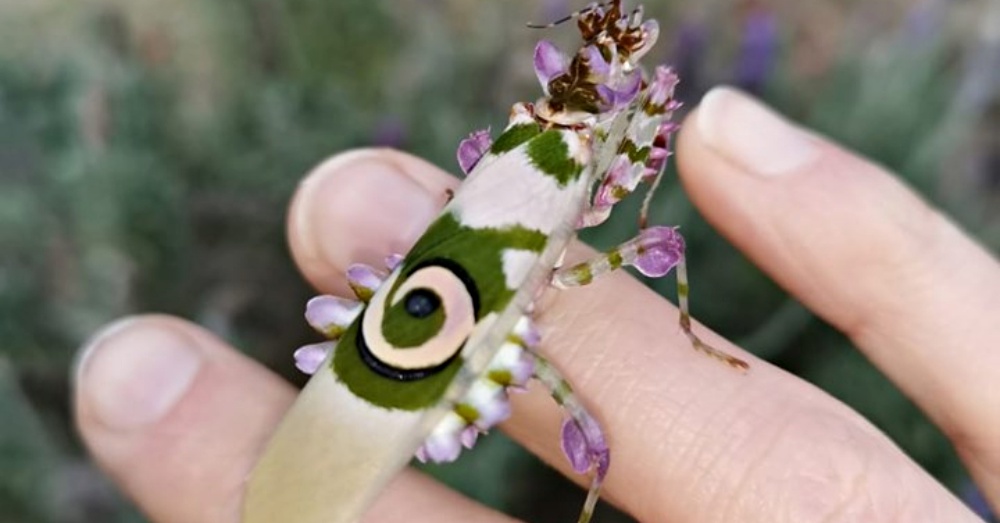 What Is A Flower Mantis?

Neville told The DoDo, “When I saw her, I thought she was an exquisite work of art.”

The bug is known as a spiny flower mantis, just one of the 2300 species of praying mantis. They are native to eastern and southern Africa.

These delicate creatures camouflage with their surroundings making them nearly impossible to spot. This female flower mantis lived on the lavender bushes in Neville’s garden for the entire month of September. 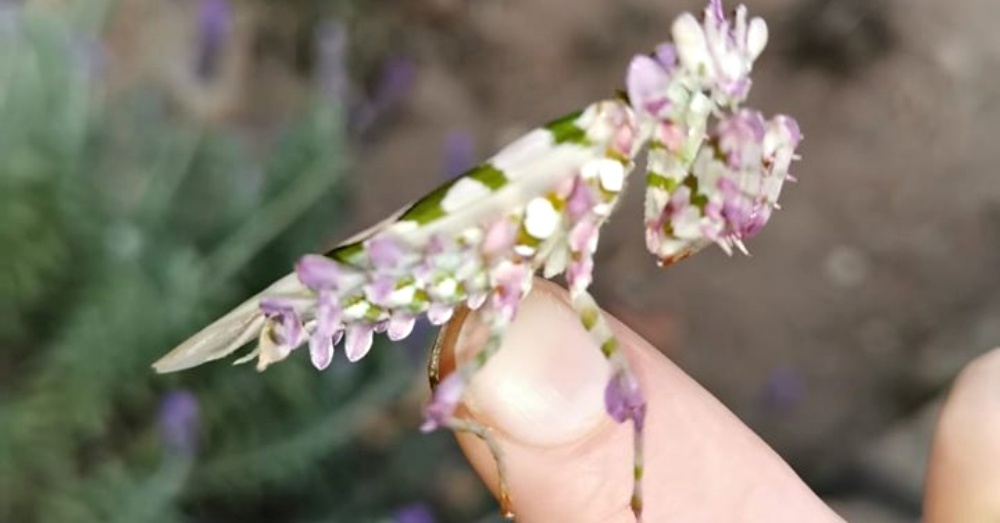 She sent her photos to Waterfall Retreat and Environmental Centre. Experts at the centre think she is pregnant and posted, “She loves to hunt bees that visit the flowers of herbs such as purple and rose pelargonium, she sits at the flowers and hunts using her camouflage. We have named her Miss Frilly Pants.”

“What a wonderful world!”

Watch the video below to marvel at the beautiful Miss Frilly Pants. Don’t forget to share with all your friends.

Audree The Bengal Cat And Herbee The Hedgehog Go On Adorable Adventures Around The World: Click “Next” below!