A Florida family lost their home and all their belongings in a fire, but were reunited with their beloved dog thanks to a quick-thinking officer.

Steven and Autumn Konen were out shopping on March 28 when their Palm Coast home went up in flames, reported Palm Coast Observer.

The only member of the family still at home was the dog. 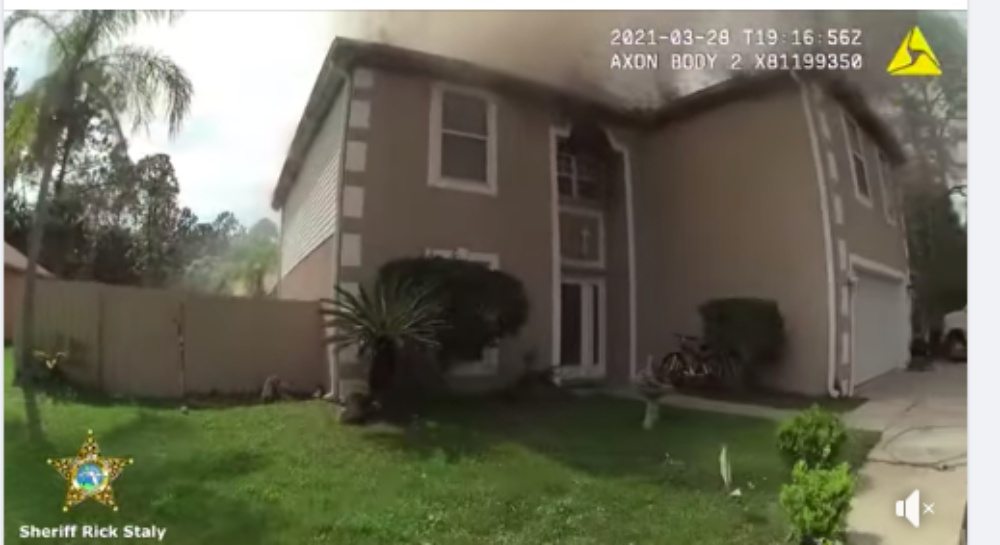 Flagler County Sheriff’s Office’s Deputy Jeckovich arrived at the home along with the Palm Coast Fire Department. As firefighters prepared to battle the flames, Deputy Jeckovich heard a noise that led him to rescue the trapped family dog. 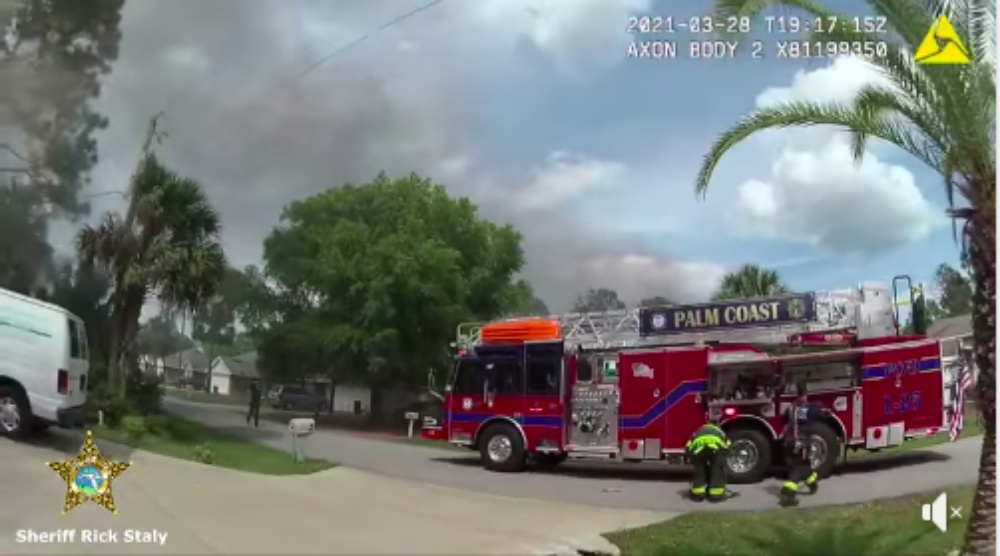 “Deputy Jeckovich could hear scratching from behind the front door,” posted FCSO. Without hesitation, he broke the glass on the front door and then stood back as billows of smoke emerged. 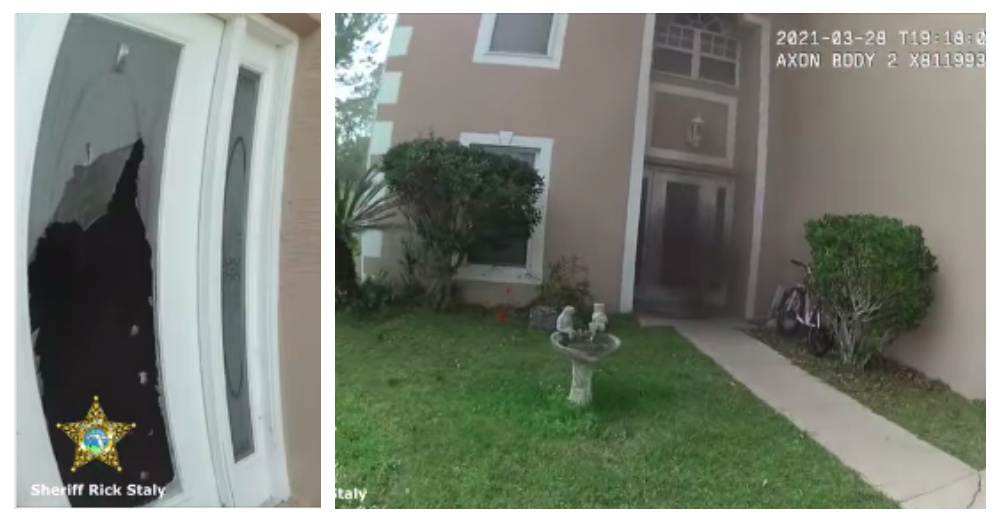 A few seconds later, the dog darted out of the home and ran toward the firefighters.

The dog was covered in ash and understandably “a little shaken up”, but otherwise appeared to be unharmed.

The family returned to find their home was a total loss. 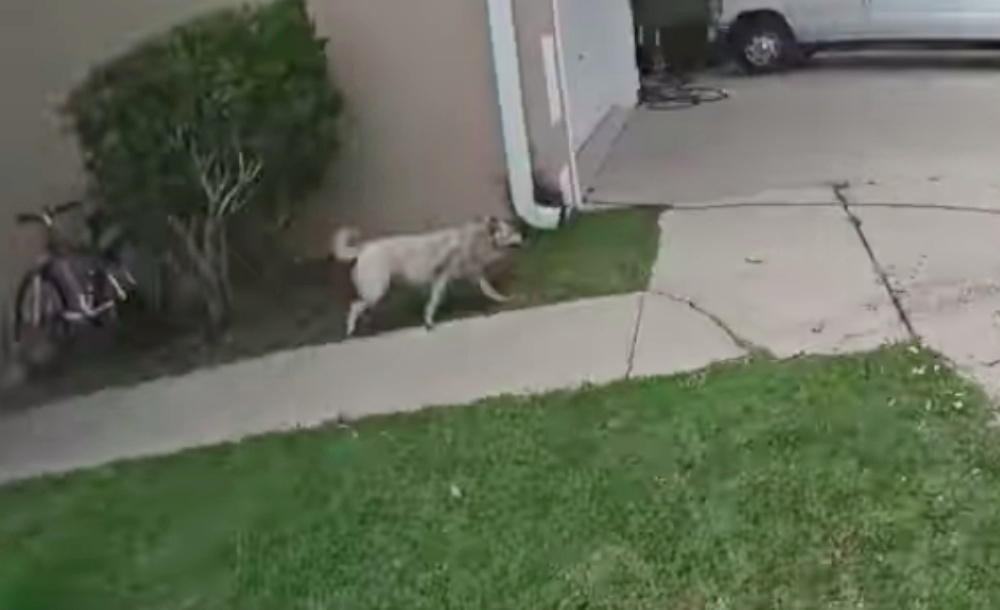 “The homeowners were not home at the time of the fire but were relieved to be reunited with their pet when they arrived on the scene,” wrote FCSO.

The rescue was captured on the officer’s body camera and shared on Facebook. “The men and women of the FCSO believe it is an honor to serve and protect every member of this community, even our four-legged ones. Great job Deputy Jekovich!”

The deputy’s life-saving actions were not only praised by his co-workers but by the community.

Another said they were grateful the dog was saved and wrote, “I have rescue signs on my front door and windows to let the firemen know there is a pet inside. Kudos to Deputy Jecovich!” 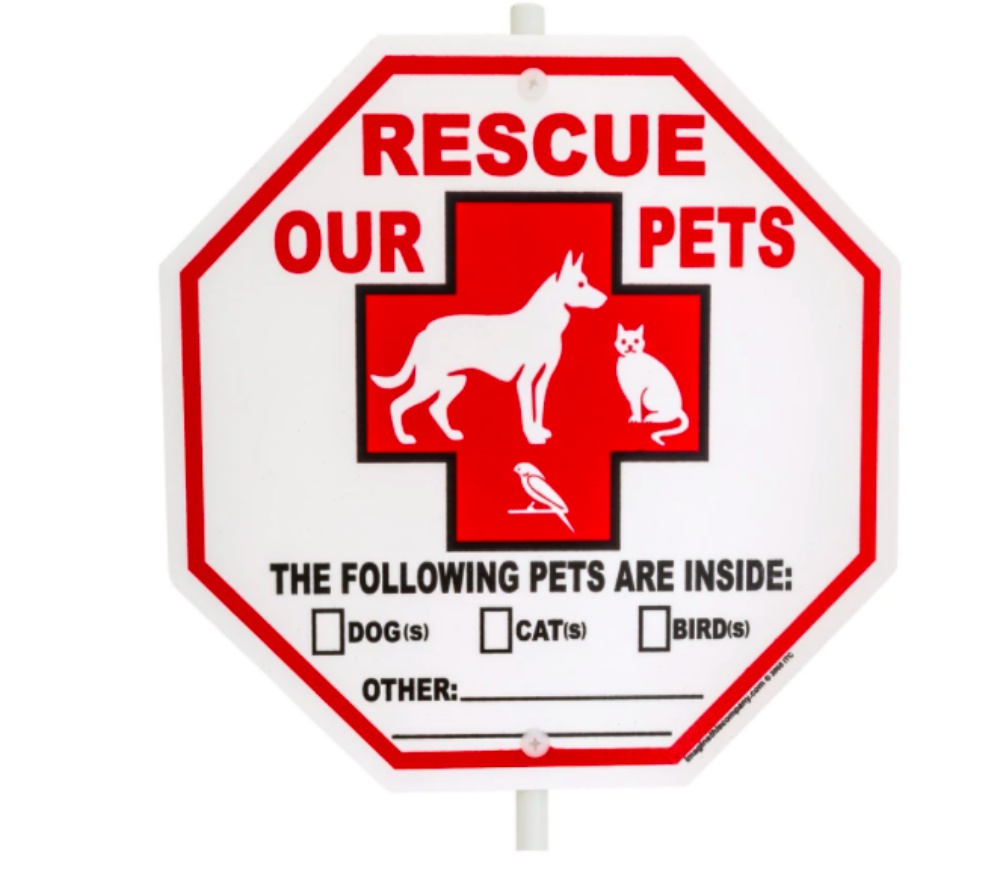 Rescue signs can save the lives of pets trapped in burning homes. They alert firefighters and police officers about animals that may need rescuing.

The Konen family is having to rebuild, but is doing so with their family intact.