Over 800 Manatees Have Died In Florida Over The Past 6 Months, Shattering All Records

Florida manatees are dying at an alarming rate.

The previous deadliest year for manatees occurred in 2013 when 830 manatees died due to a toxic algae bloom.

Sadly, that record has been shattered in just six months.

841 manatees have died along the Atlantic coast of Florida between January 1 and July 2 of this year. 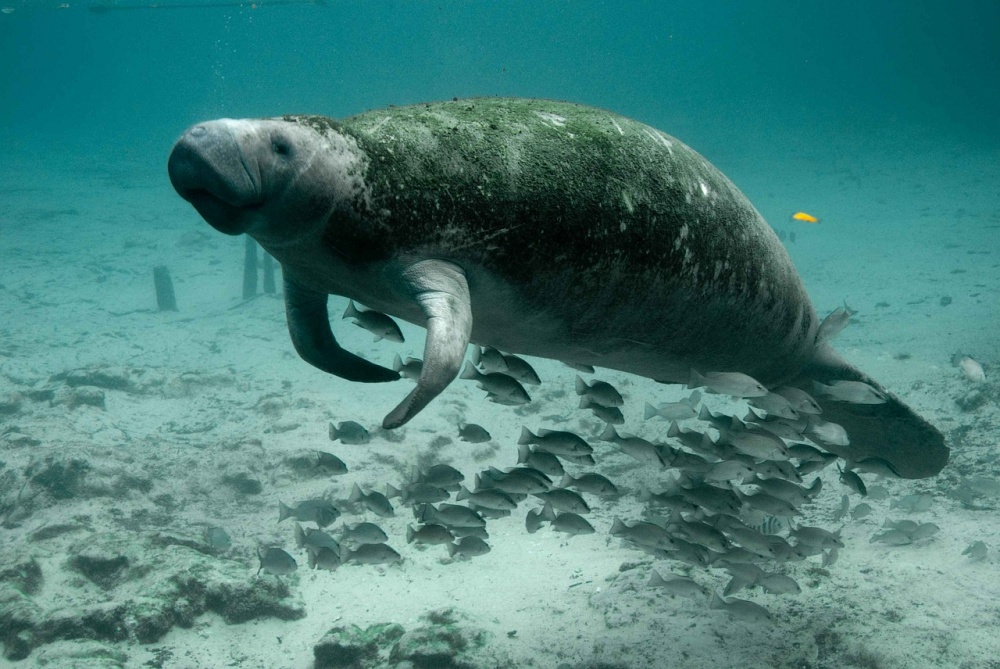 Dozens more have been injured but survived thanks to local rescue groups.

Florida Fish and Wildlife Conservation Commission (FWC) announced the manatee deaths have been declared an Unusual Mortality Event, which wildlife officials are investigating.

The beloved sea cows, as they are commonly called, are struggling to find sea grass.

The plant-eating marine mammals dine on sea grasses and weeds – and a lot of it. Each manatee consumes an average of 100-200 pounds (10% of their body weight) of plants each day.

But their main source of food is dying off due to water pollution.

A majority of this year’s deaths occurred at IRL due to a harmful algae bloom.

Give now to help save the manatees from extinction!

While some people may be tempted to provide food to the manatees – the FWC advises against it. Feeding manatees is prohibited by both state and federal laws. The best option is seagrass restoration, which officials are focusing on.

In addition to a lack of food, the manatees are being hit and killed by boats.

Boat propellers injure and often times kill the slow moving mammals. Boating collisions have claimed the lives of 63 manatees so far this year.

FWC Fish and Wildlife Research Institute ask boaters to keep an eye out for manatees.

“Boaters can avoid close encounters with manatees by keeping a sharp watch and following posted speed limits in manatee zones. Manatees can be tough to spot – wear polarized sunglasses, watch for the large tell-tale circles on the water that indicate manatees underwater and look for snouts sticking out of the water. To report an injured, distressed, or dead manatee, please call our Wildlife Alert Hotline: 888-404-3922,” they posted.

In 2017, the U.S. Fish and Wildlife Service downgraded the status of manatees to threatened from endangered, even though scientific data claimed it was premature.

Conservationists are pushing for more protection for the estimated 6,000 manatees that call the water around the Sunshine State home.

Our partners, the Center for Biological Diversity, have worked to protect the manatee for decades. The Center has sued many times on behalf of the manatee — to maintain Endangered Species Act protections, to force federal updates of population assessments to guide manatee management decisions, and to protect manatees from harmful algal blooms.

Help them continue their mission to ensure that the manatee has a future – learn more here.

Learn more about manatees in the video below and see how you can help.