She Was Destined To Be Someone’s Dinner. But Thankfully A Rescuer Saved Her Just In Time

Florence the dog spent the majority of her life confined to a tiny cage on a dog meat farm in Wonju, South Korea. The cage was so small, that she had no space to move around. This caused her to have severely deformed back legs.

Florence’s future was bleak, as her sole purpose for living was to be killed and eaten. But thankfully someone discovered her and decided that they needed to change her horrible fate and give her a new one. 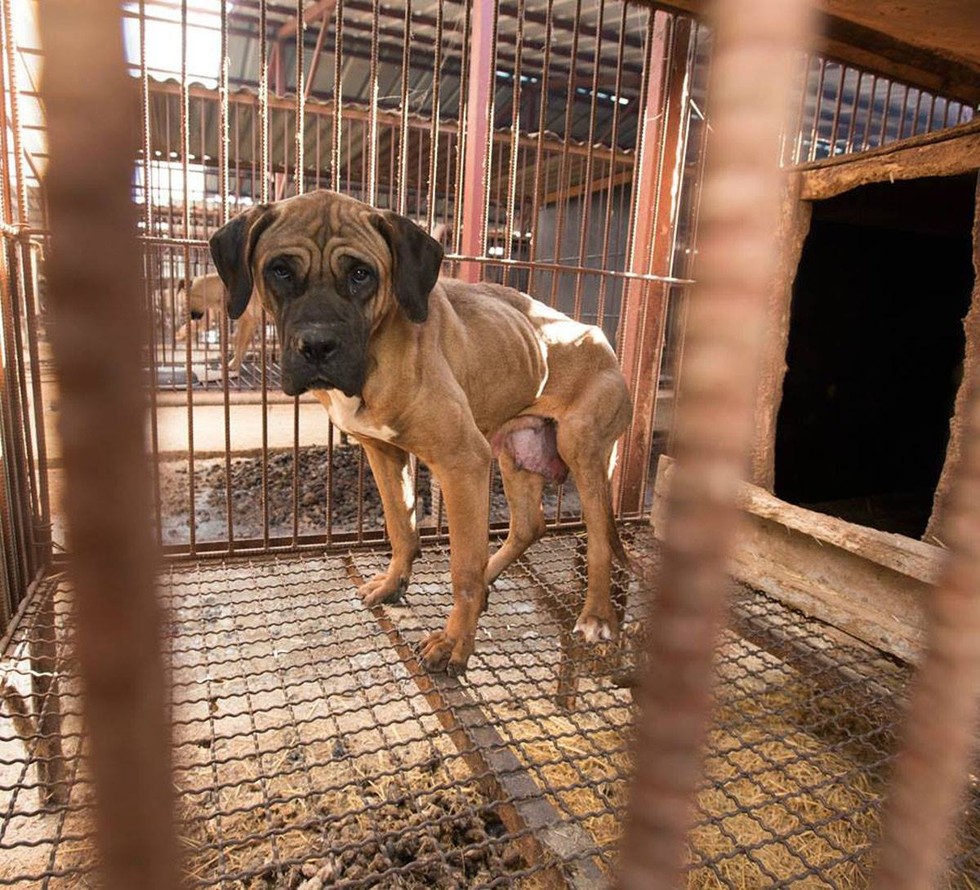 Florence was eventually rescued by Humane Society International and brought to the United States this past March. Once she arrived, she was taken in by the Humane Society of Central Oregon (HSCO), along with 16 other dogs from the meat market. 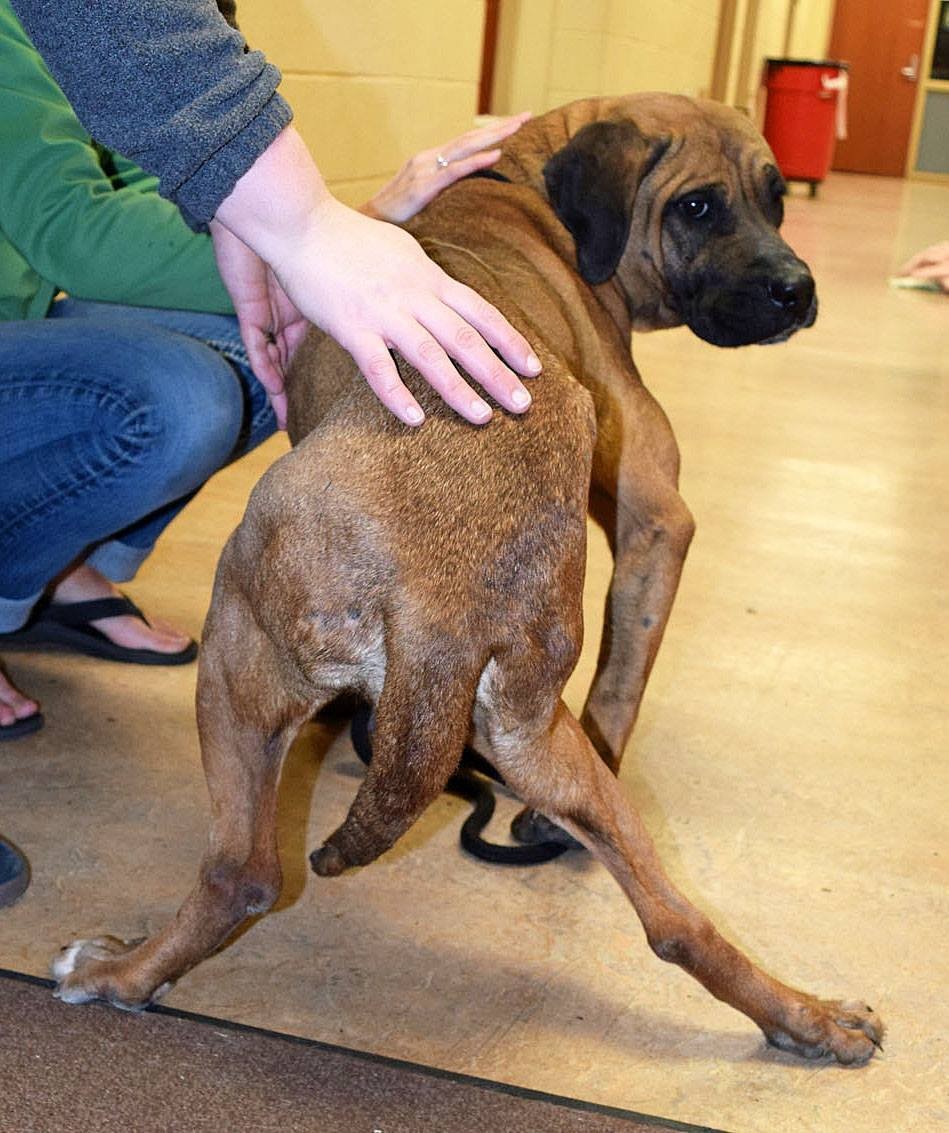 Due to her deformed legs, she was unable to walk properly and needed surgery in order to have a chance at a normal life. Volunteers carried her inside so that she wouldn’t have to hobble in pain.

Aside from her bad legs, she was also very malnourished and was terrified of everyone. She wouldn’t even eat the dog food she was offered. Staff knew they had to find a way to gain her trust so that they’d be able to help her. 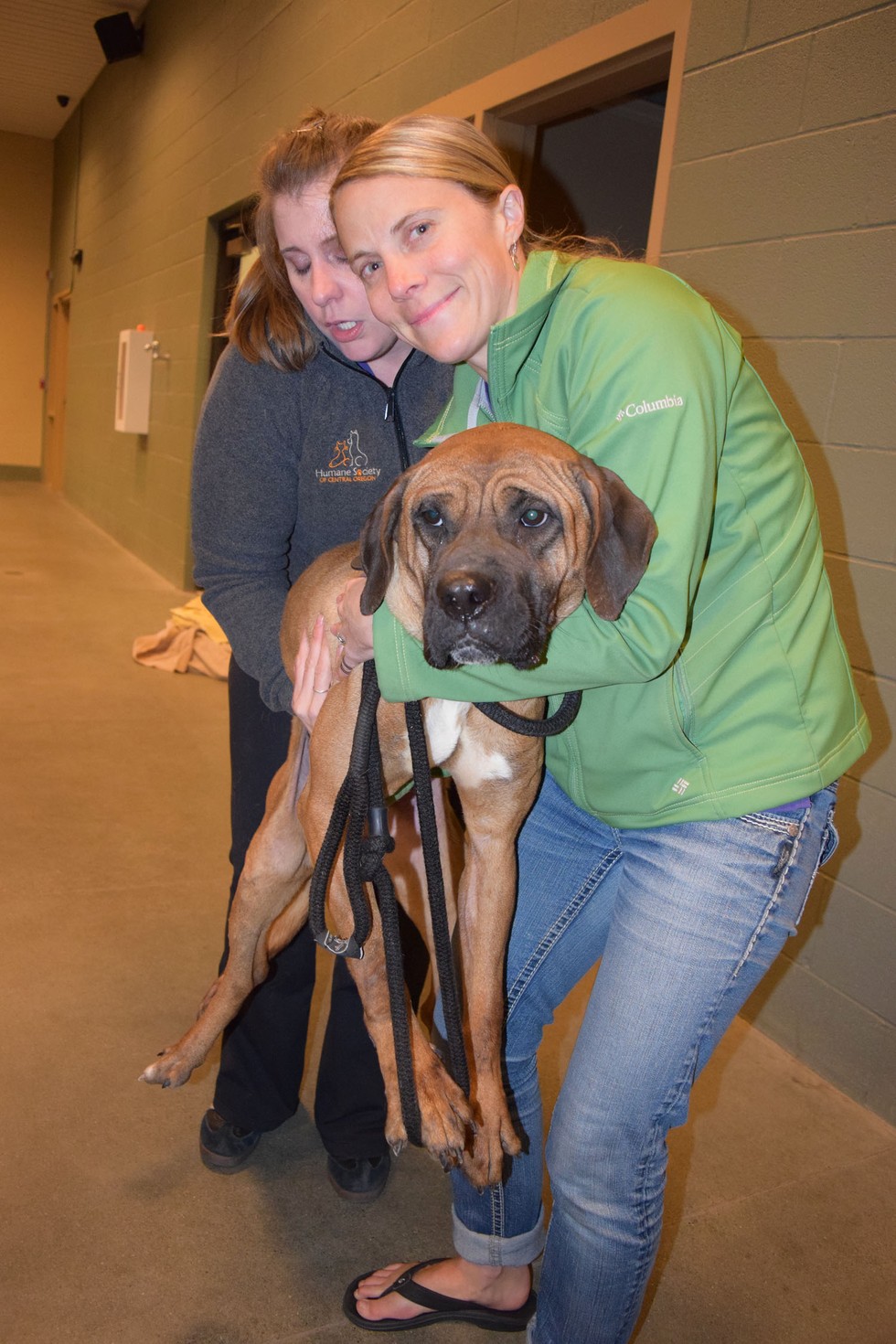 They found out that dogs at meat markets are fed rice with scraps of meat, so they immediately got some for Florence and she ate it right away. As time went on, she also grew more trusting toward humans and realized that these people were there to help her, not hurt her. 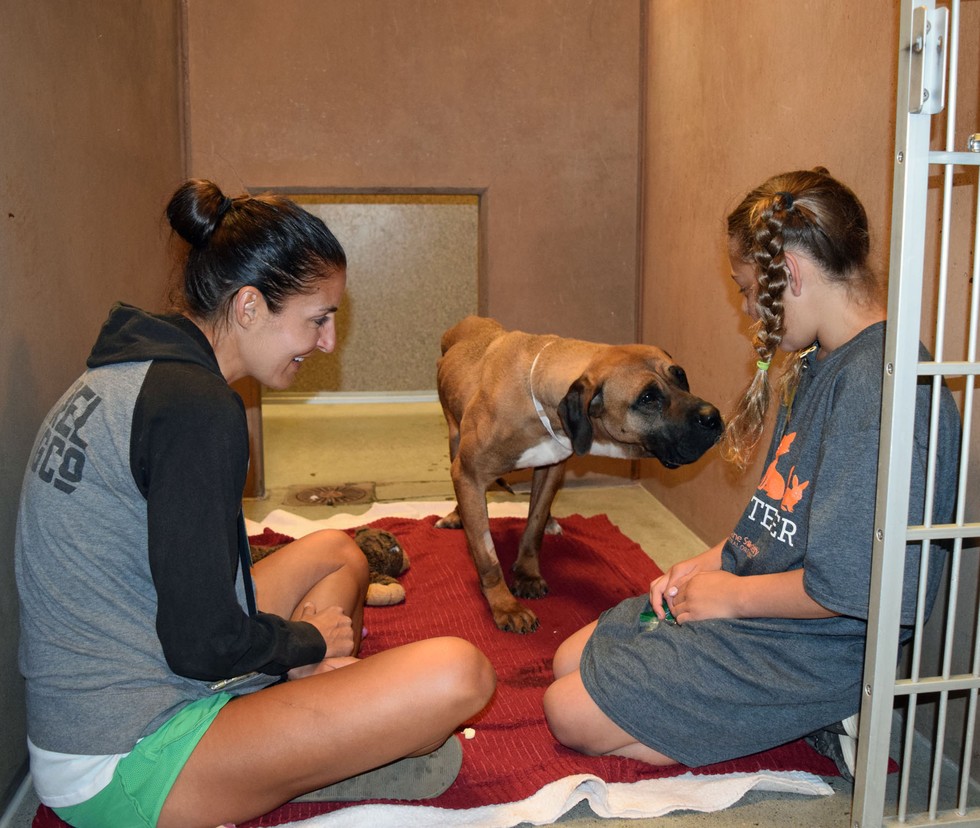 Since March, Florence has had two different leg surgeries; the first being to strengthen her knees and the second to reconstruct and straighten her severely deformed back right leg. After the surgeries, she began intense physical therapy.

Weeks went by, and Florence’s bubbly personality began to shine through. She was a very friendly and affectionate dog who loved to run and play. She even befriended other dogs and has gained a massive amount of confidence. 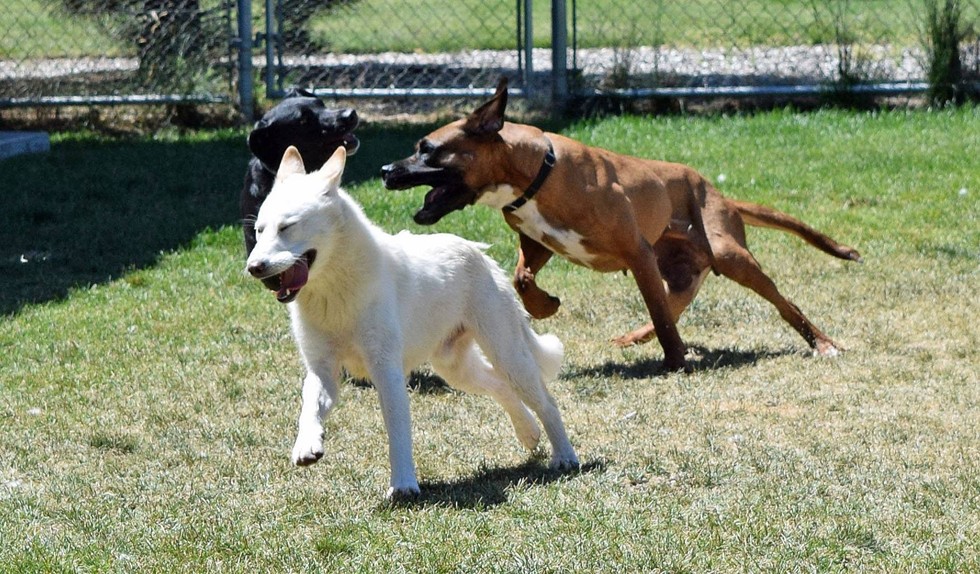 Lynne Ouchida, community outreach manager at HSCO, took Florence on her second public outing to a grand opening of a new Starbucks. That is when Florence’s life changed. A woman who was there wound up becoming Florence’s new mom!

“True love happened over a Starbucks Puppuccino,” Ouchida told The Dodo. “Megan Watkins had an immediate bond with Florence. She spent time with her that day, and came to spend more time with her at the shelter the following Monday.” 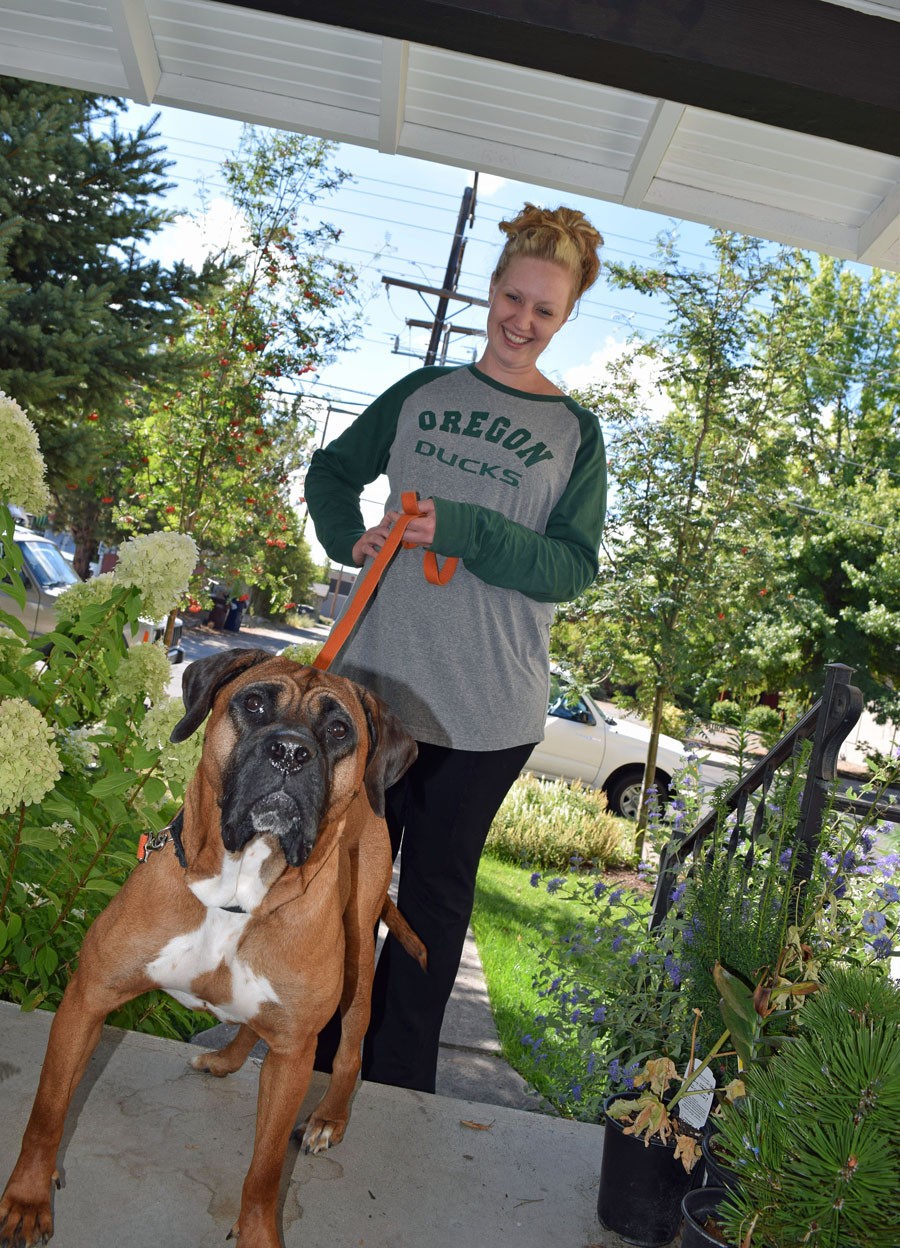 Watkins and her family decided to foster Florence to see if she’d be a good fit. Her new foster family made her feel right at home. They built her ramps, a doggie door and a special outdoor area all for her. She even got along great with the family’s cats! 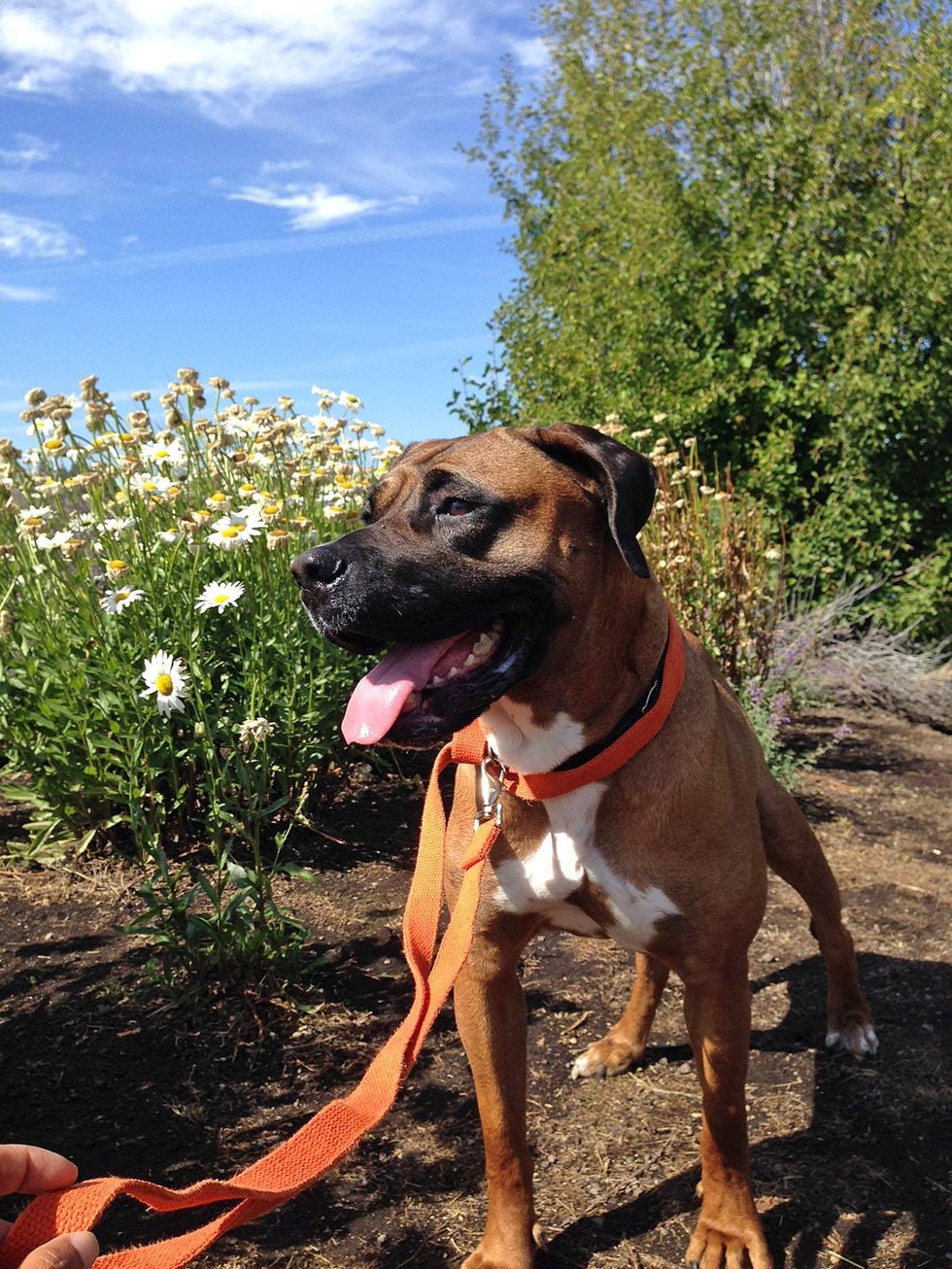 Soon, the Watkins family decided that they didn’t want to be Florence’s foster family anymore, they wanted to be her forever family! Florence is now happy as can be in her new home and gets all of the love she could ever ask for. She went from being in a tiny cage destined to be someone’s dinner, to now having all the room to run around and play!