When Hurricane Florence made landfall on the East Coast, volunteers and shelter staff throughout the United States stepped up to help where it’s needed most.

Pets left to fend for themselves, shelter animals, even residents of the Virginia Zoo were in critical danger as the storm bore down on the eastern seaboard. Abandoned animals in the path of the Category 4 hurricane had little chance of survival unless they were evacuated to drier, and higher, ground.

Florence headed inland, toward the Carolinas. It passed between the Bahamas and Bermuda on Wednesday, Sept. 12, and was forecasted to land the following morning. 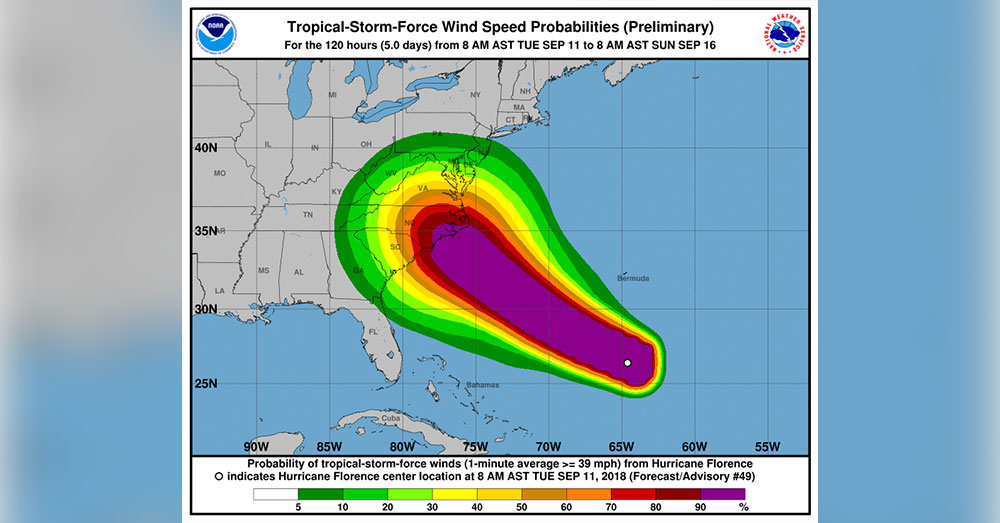 The New York Times estimated that more than a million people were advised to evacuate the area in Florence’s path, and more than 3 million were expected to lose power during the storm. 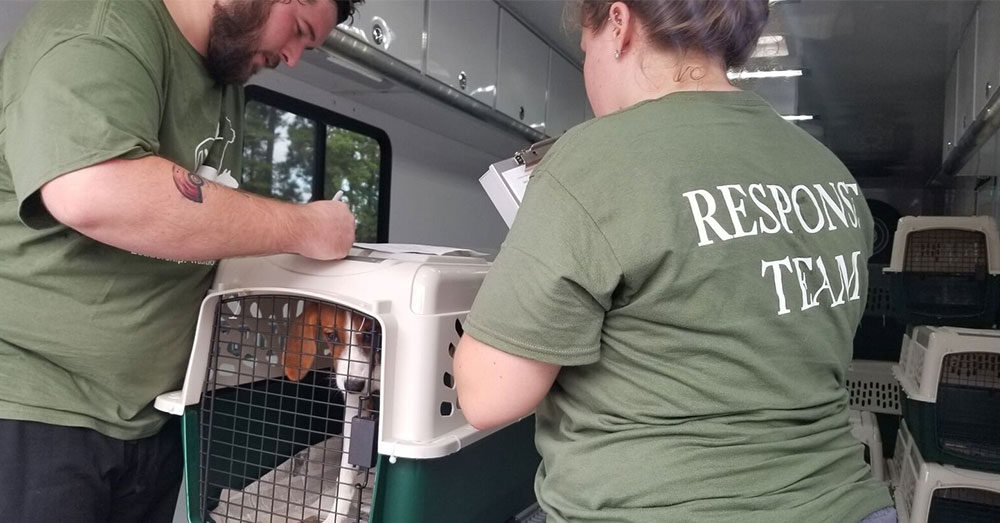 Aid was quickly deployed to GGO partner Charleston Animal Services, one of our first partner organizations to receive emergency relief as Florence approached. This facility quickly became a “hub” location to deliver pharmaceuticals around their immediate county and facilitate requests from other agencies in the state that needed assistance, said Greater Good Charites Director of Special Projects Denise Bash.

“They are proactively taking in pets from partners in high-risk areas and will be transporting those out after the storm passes,” said Bash. “They are an exceptional shelter partner. We will likely deliver other in-kind supplies to assist them as they are always willing to help others in need.” 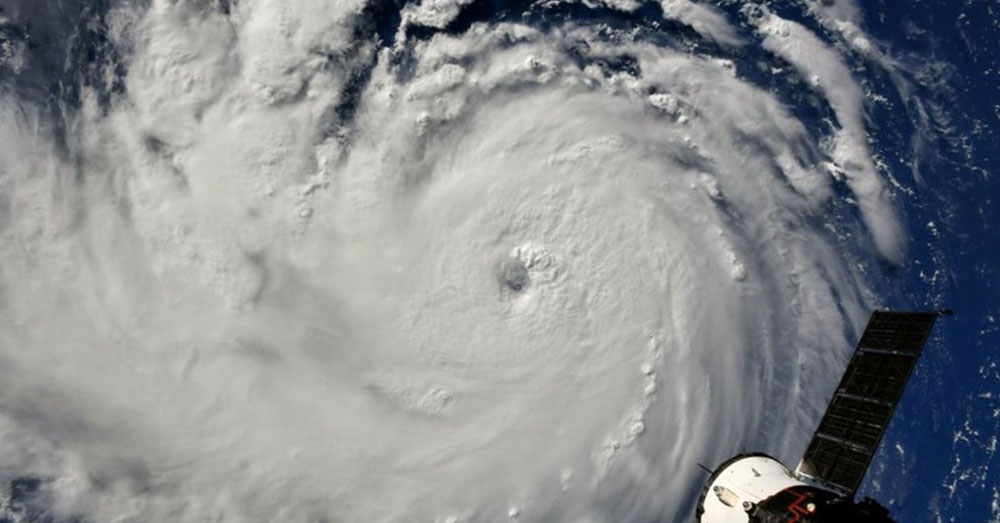 Thanks to donations from caring individuals like you, GreaterGood sent 27 pallets of dog and cat food to Louisville, Tenn., which was distributed to shelters and rescues housing pets displaced by the storm once first responders are allowed into affected areas. The organization also procured 20 pallets of dog and cat food and 48 wire crates for pets displaced by the storm, which was shipped to South Carolina’s Emergency Management Team in Effingham, South Carolina. 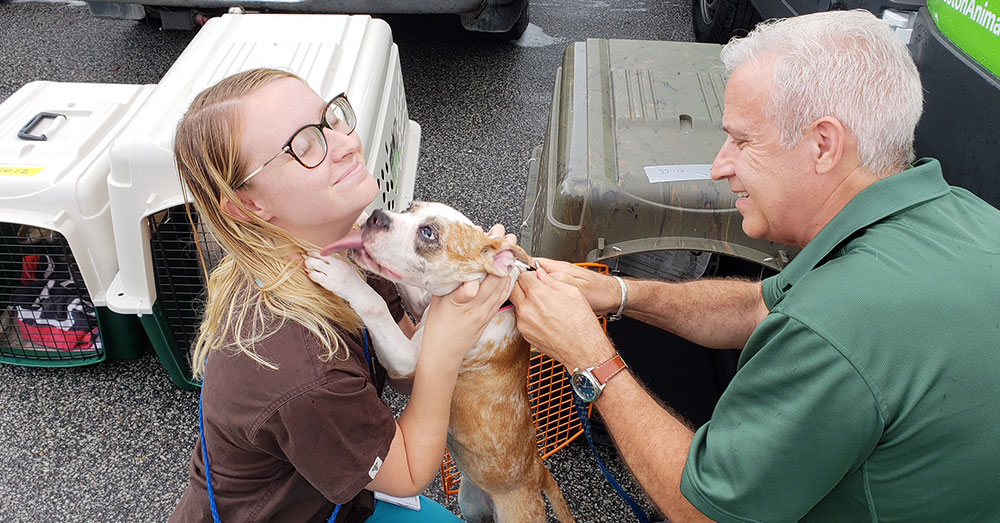 Source: Charleston Animal Society
Countless more animals needed to be evacuated, but with your help, GGO and its network moved them to safety.

Greater Good Charities communicated with partners on the ground and provided relief to people as the storm hit. It’s not just animals being saved from the storm, people needed assistance, too. With your donations, they were helped!

Hurricane Harvey slammed into the Southern U.S. in mid-August 2017, flooding millions out of their homes in Houston and other parts of Texas. 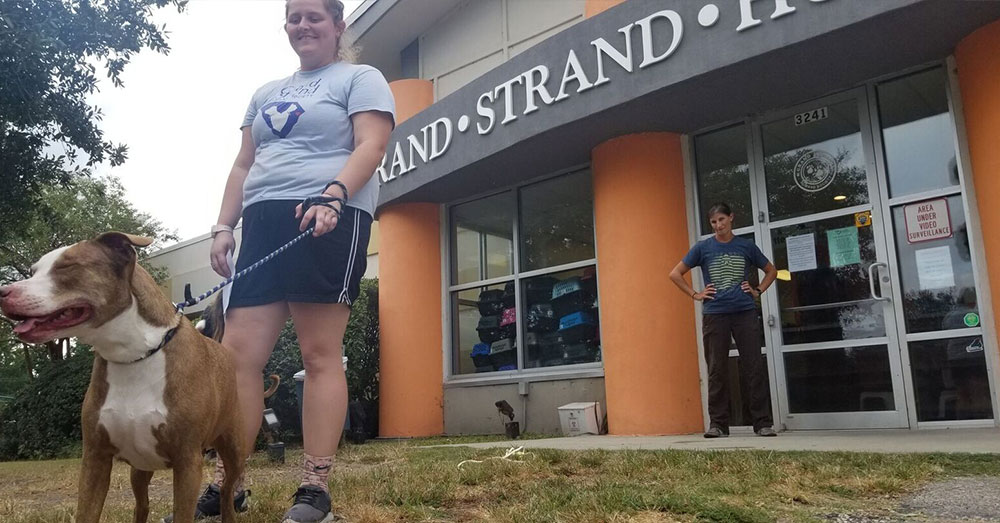 A Chance to Bloom, which cares for foster animals, was awarded $2,500 to help them cover the costs of making room for Harvey victims. Meanwhile, $5,000 was provided to the Lost Dog & Cat Rescue Foundation, which took in more than 40 animals after the storm. The Houston Humane Society received another $5,000 to purchase a refrigerator to store vaccines.

Tens of thousands were donated to other organizations like the American Society for the Prevention of Cruelty to Animals (ASPCA), Spay-Neuter Assistance Program, Inc., the CATNIP Foundation, and departments at Texas A&M for hurricane relief. 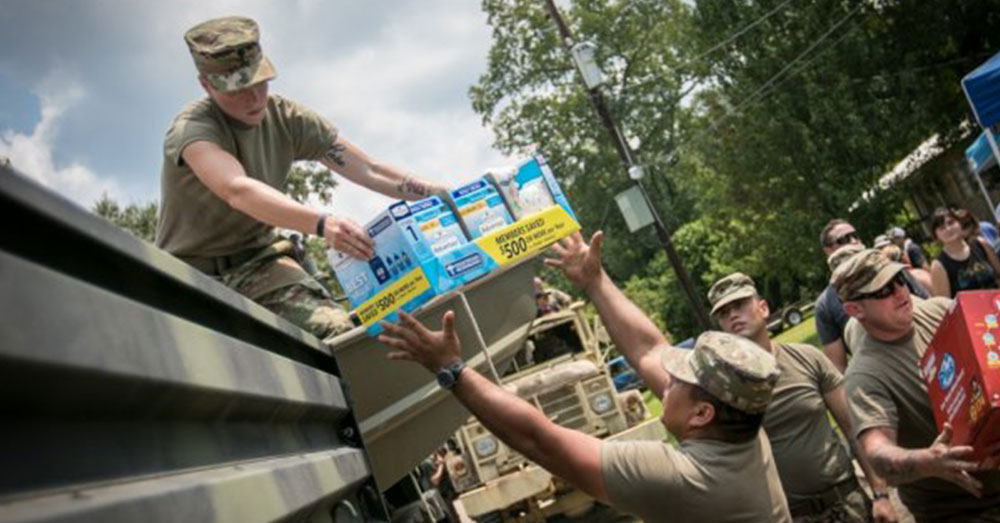 Source: The U.S. Army
The Army encouraged soldiers, their families, and civilians to prepare in advance for the possible effects of Hurricane Florence.

Irma devastated parts of Florida and Puerto Rico. When it landed in August 2017, it was the strongest tropical storm the Atlantic had produced in decades.

In the wake of Irma’s destruction, donations to GreaterGood made possible a $5,000 grant for Pet Project for Pets in Ft. Lauderdale, Florida, which went toward repairing the damaged facility.

Additional funding, funneled through Rescue Bank, working alongside FEMA, helped provide pet food to more than 200,000 animals affected by both Irma and Maria in the wind and flood-torn Caribbean. Rescue Bank donors continued to help with critical services by preparing 3.5 million meals for animals in Puerto Rico, planning the distribution and logistics of the deployment. 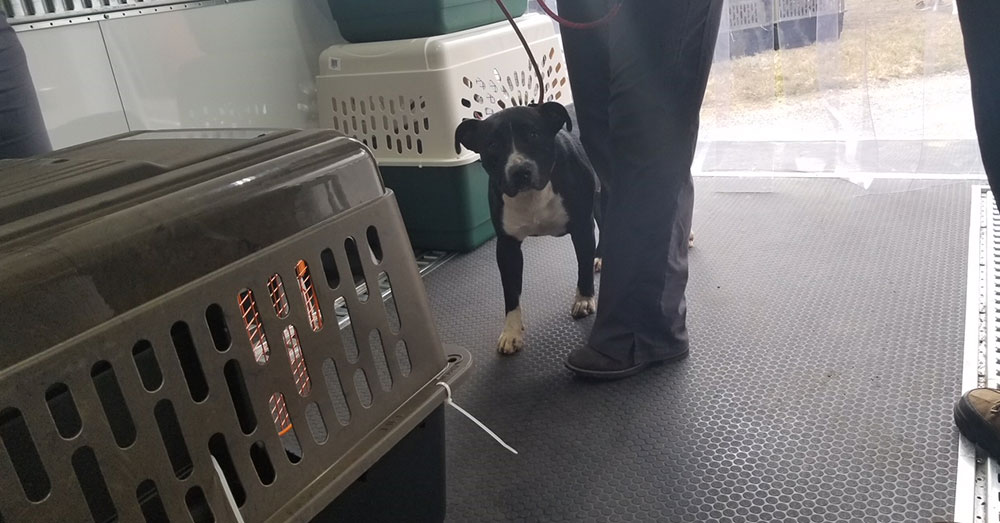 Landing in mid-September 2017, Maria was the deadliest storm on record since 2004, dealing the heaviest damage to Puerto Rico and Dominica.

Following Hurricane Maria, many communities were left without power for months. Thanks to Rescue Bank’s efforts, gas-powered generators and compact refrigerators were delivered to the Islands of St. Croix, St. John, and the U.S. Virgin Islands. They were used to store the much-needed veterinary supplies and maintain the health of the domestic animal population until power returned.

At the same time, donations helped cover the cost of 299 crates sent to First Coast No More Homeless Pets in Jacksonville, Florida, a $10,000 grant to the Humane Society of Greater Miami, 2,800 pounds of dog and cat food sent via the Coast Guard to St. John Animal Care from Puerto Rico. 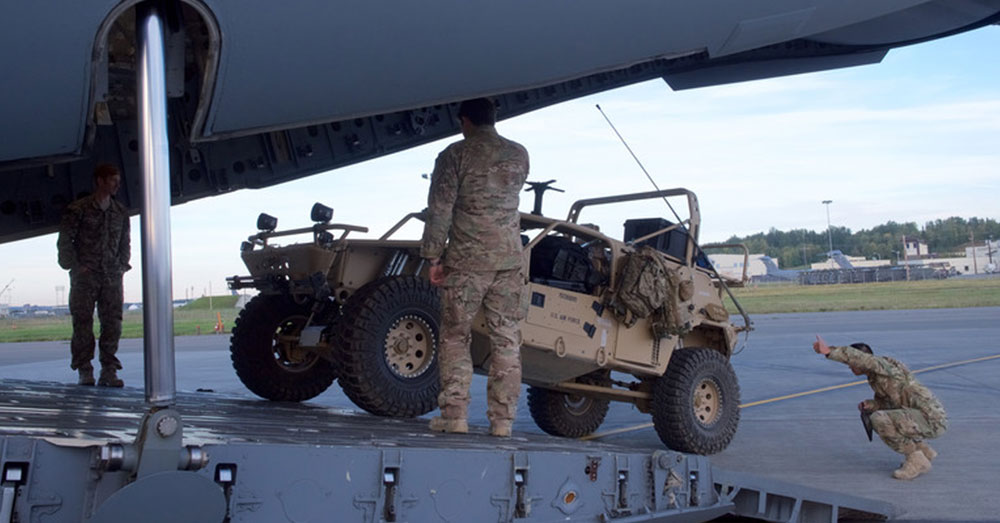 All funded by donations from people like you, Rescue Bank’s efforts helped thousands of dogs and cats survive the hurricane and remain healthy as Puerto Rico was rebuilt around them.

According to Bash, Greater Good Charities also shipped vaccines into North and South Carolina, along with more than 1,000 crate and trucks of food. A list of shelters in the North Carolina area can be found here, and all donations made through GreaterGood will be funneled into efforts to help them weather the storm, and handle any resulting damages. 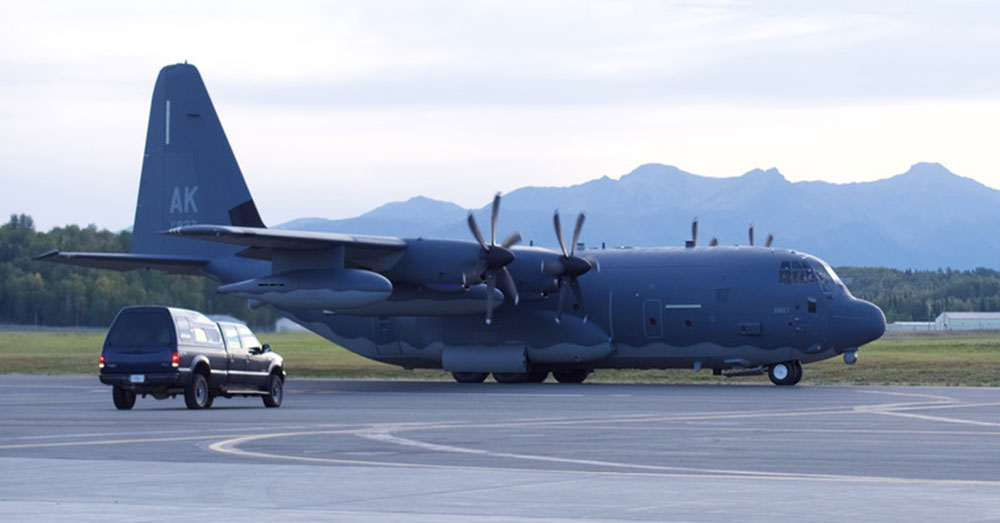 “Organizations need cash donations. This is for animals and people,” she said. “Although many folks want to collect water, clothing, etc., no one in a situation like this has time to sort random donations. Hotels are needed for displaced families and first responders these communities cannot hold ‘visitors’ now.

“The gas will be limited and the situation is flat out just going to be too dangerous for anyone without an official invite to even consider entering these areas,” she continued. “There will be time in the recovery phase for some organizations to take in in-kind donations but for now if you are collecting donations please send cash to those who are assisting in an official capacity.”

Thanks for helping us support people and pets when disaster strikes!