And this Alpaca got it.

Originally posted to Reddit by u/Growlithe99, “🔥 Surprise encounter with this chonky boi” shows just how confident and undeterred these fluffy South American mammals can be.

After stopping their car on a mountain road, the driver in their video has their window rolled down and is observing the alpaca as it nears. It comes so near, in fact, that it nearly sticks its head inside the driver-side window. 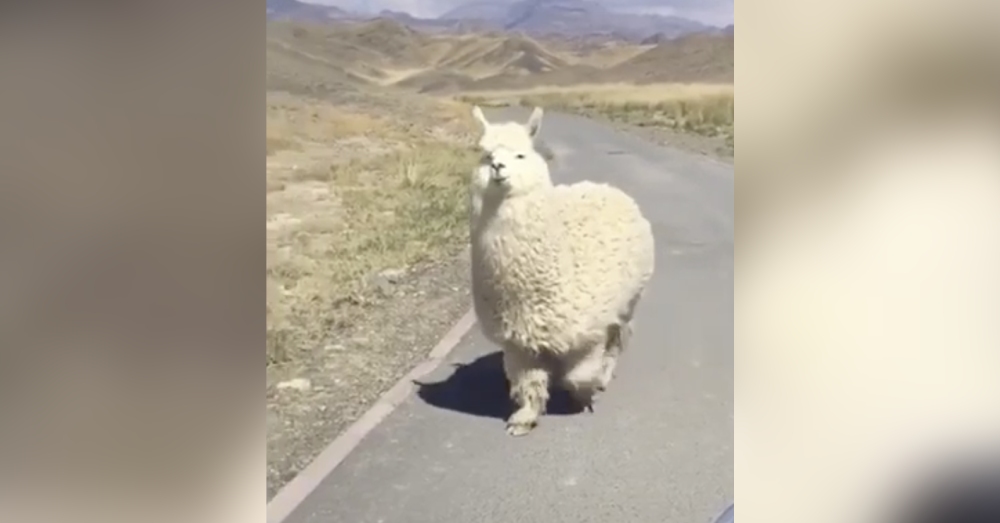 Source: Reddit/u/Growlithe99
A friendly alpaca encounter on a mountain road.

How do you best describe the bearing of an alpaca like this? Regal? Curious? Cordial?

All that, and exceptionally fluffy. 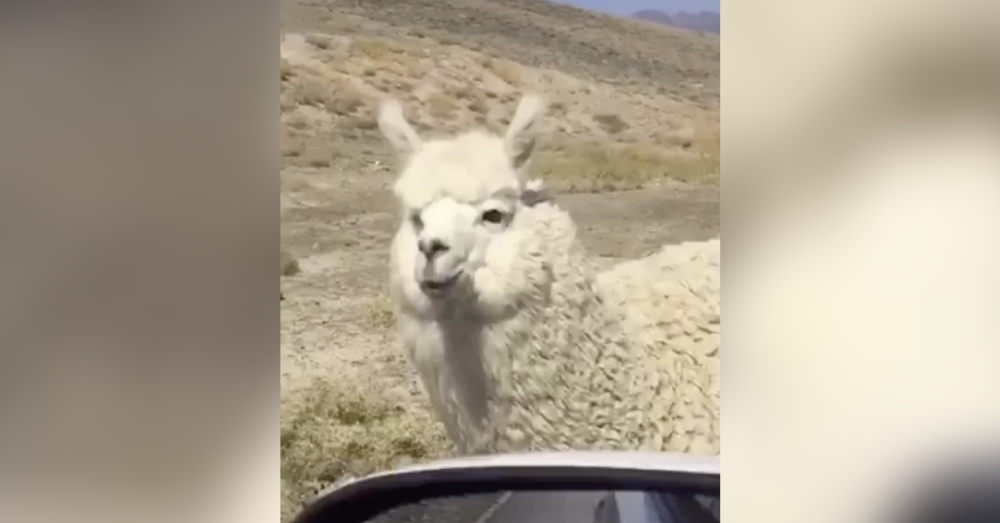 Here’s what the rest of Reddit had to say:

I want to pet the low flying cloud,” commented u/oldguykicks.

“Sir, this isn’t not a legitimate license, it’s not even llammanated,” commented u/23×3. 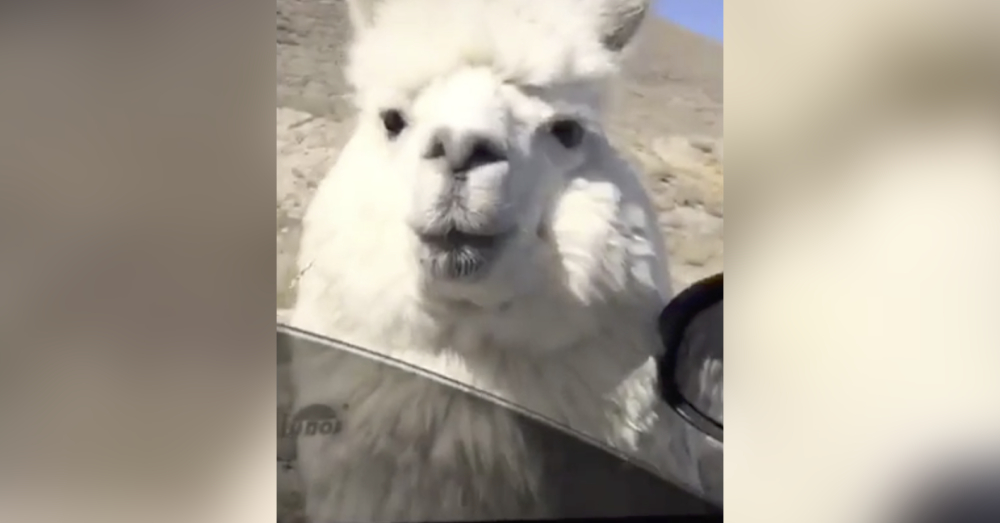 Source: Reddit/u/Growlithe99
Just to be clear, this is not a llama. It’s an alpaca.

“I think its it’s an alpaca,” wrote u/Super_Vegeta.

“From the looks of it he paca heavy lunch,” added u/Downtherabbithole913. 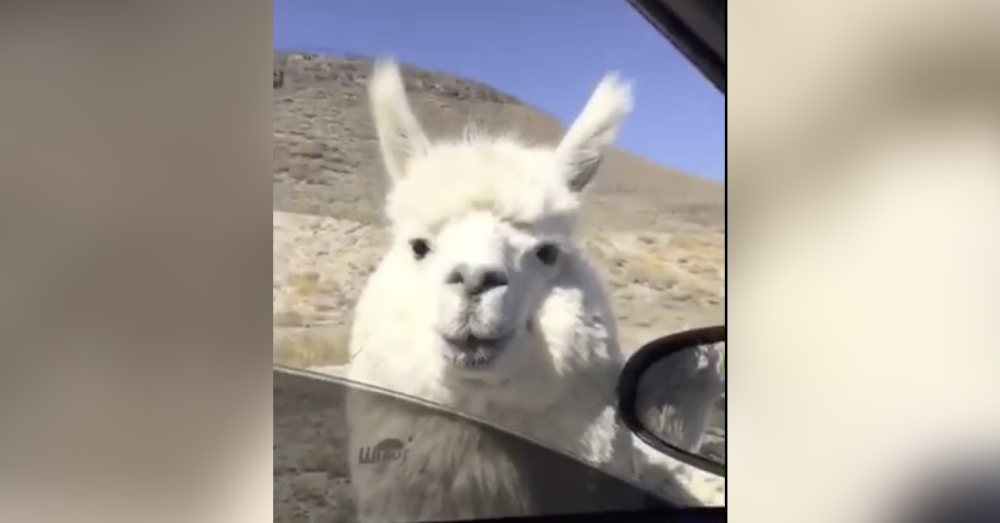 Source: Reddit/u/Growlithe99
Hello in there.

Redditor u/UWroteABadSongPetey offered this point of clarification.
“He looks cuddly but hate to disappoint it’s a thick mat of knots, under the surface sticks, grass, etc. they hide it well but it’s always there Source: grew up on a llama farm.”

Meanwhile, the video brought back a vivid memory for jupiter_was_here.

“Visited a llama farm for a class trip back in 6th grade,” they wrote. “Its been a decade and I can still feel that itchy fur in my mind. Also one of them spat on Mrs. Nelson who was an absolute sweetheart. Little bastards.” 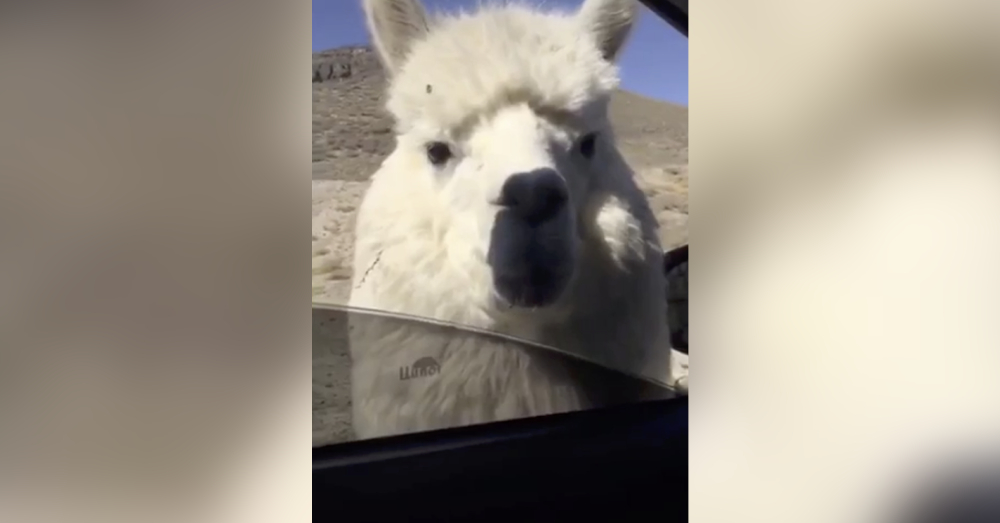 Source: Reddit/u/Growlithe99
Enjoy the drive, and welcome to our mountain community!

According to Live Science, there are technically no wild alpacas in the world.

Watch for yourself and tell us what you think!

Heres a chonky alpaca from r/aww

Scientists Find More Green In A Child’s Life Can Make Them Smarter: Click “Next” below!