Molli Oliver is a flight attendant with American Airlines, and she’s been flying for more than 40 years. In her time as an airline flight attendant, Molli has been doing something wonderful for military dogs and their soldier handlers: she’s been helping them to reunite!

The California-based flight attendant, who is also a dog lover, has been making it her mission to help reunite the veterans with the dogs they served with after they’ve returned home. According to a report by NBC Nightly News, getting these canines to their soldiers can easily run in the thousands of dollars. Unfortunately, that means that they often end up inside military kennels, isolated from their veteran and soldier handlers who love them so much. These military kennels are often thousands of miles away as well.

But thanks to Melli’s care, the process has been made a little simpler, as she has been volunteering to bring the dogs out herself whenever she can.

“Even if it was just one dog at a time, I was happy to do that,” she said.

Molli had one of her projects on YouCaring, a crowdfunding website, go viral. Because of this, she was able to raise around $20,000 of her initial $5,000 goal, which she used to reunite a Labrador retriever with his handler – bringing her union total up to five dogs that she was able to reunite with their veterans.

When asked why, she simply stated, “Because I just saw the joy in the dog and the handler being reunited, no matter who was doing that.” 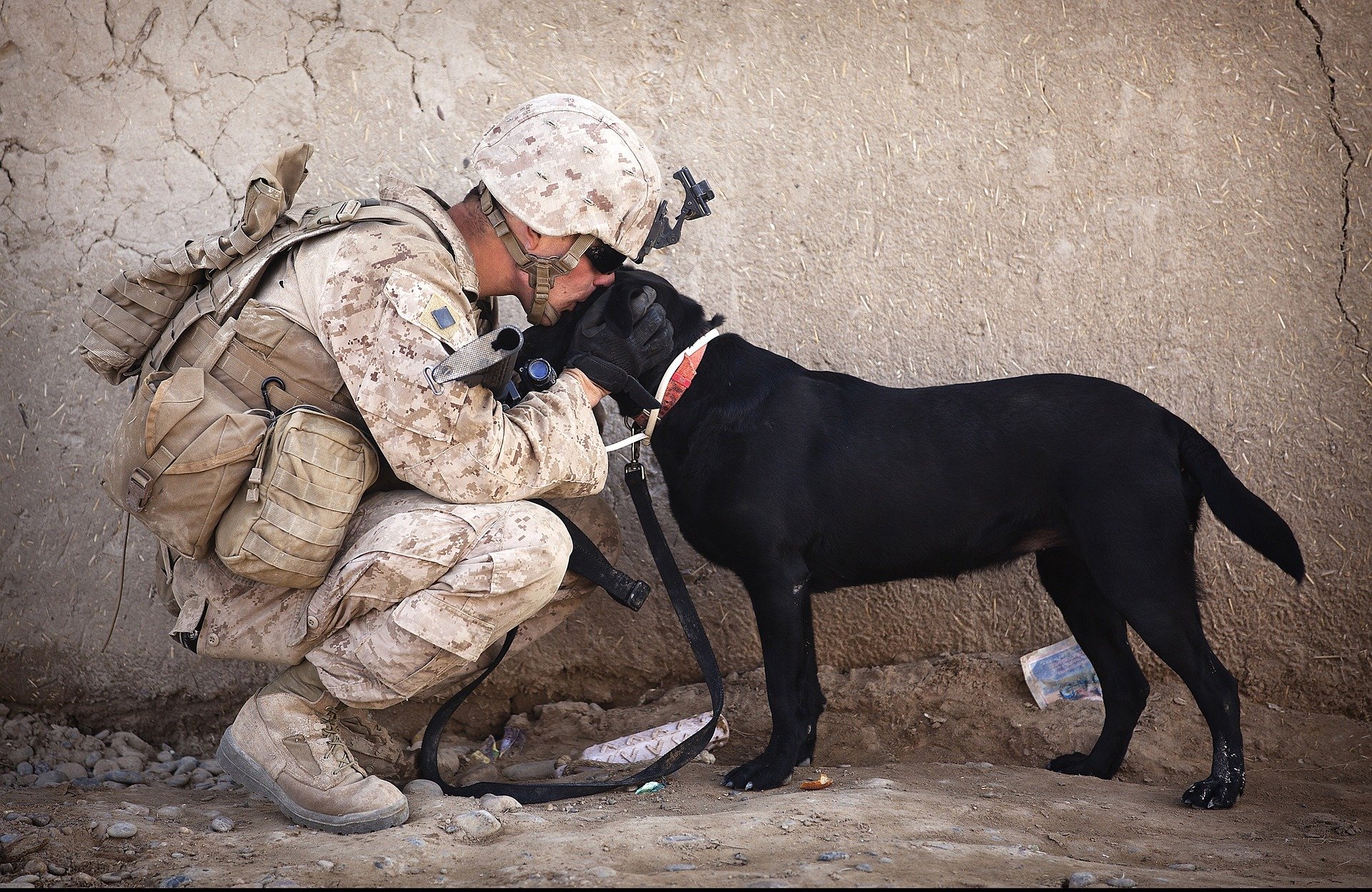 Melli’s animal lover instincts were honed as a child since she grew up surrounded by dogs. Her mother was fond of raising dogs, so there were always plenty around.

As Molli shared with NBC, “My love for animals has been since I was born and raised with them.”

Regarding her project, it comes from an equal love for animals and respect for the armed forces. For her, the charity opportunity is a “win-win” because not only is she able to help others, but it’s a way for her to give back and show her gratitude for all that the military does for the country.

“I think that the dogs deserve a nice retirement because they’ve served our country, and they’ve protected my freedom for…65 years, along with everybody else’s,” Molli said to NBC. You can watch her interview in this video: