Most people would probably say that they have the goofiest dog in the world. That is also true for the family who adopted Stanley six years ago. He enjoys running around the grounds with his Greyhound siblings and singing songs with his dad. Anytime he is nearby, the family can’t help but smile.

“He is an absolute goofball,” Jay Cartner, Stanley’s dad, told The Dodo. “Stan does not run; he prances. If you are petting him with both hands, he cries because he would like you to also pet him with your third hand, and maybe also your fourth hand.” 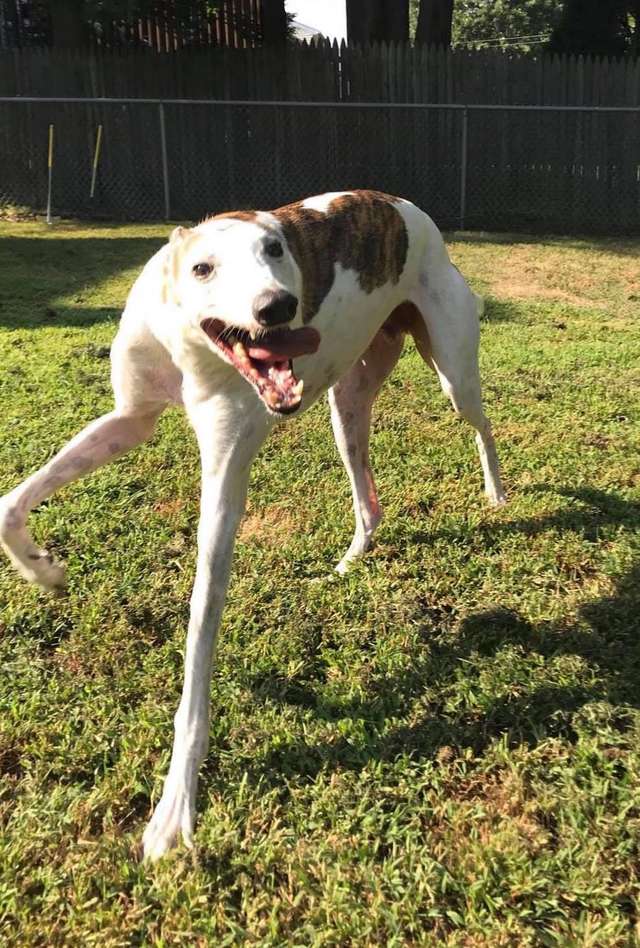 Cartner is an artist who has been painting and drawing for some 25 years. He also takes the opportunity to sketch his expressive dogs on occasion. Stanley is perhaps his favorite subject and recently, he has been re-creating some pictures of Stanley in a way that will make you smile from ear to ear.

“I was having a hectic day at work so I drew some very quick, very silly sketches of Stanley to make myself laugh and recenter myself,” Cartner said.

The results speak for themselves. 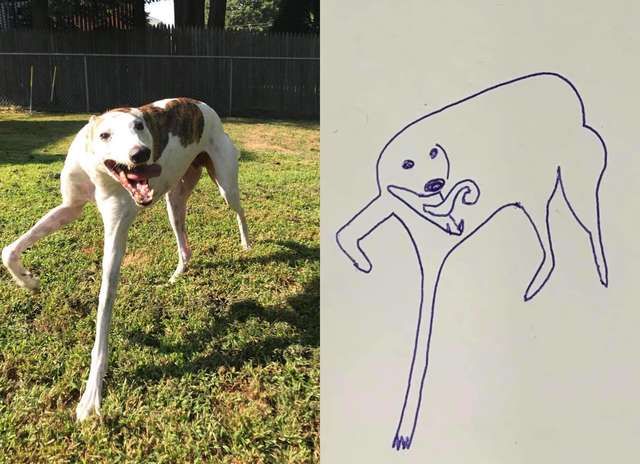 Cartner’s drawings of his beloved dog have captured the attention of thousands of people. Although he was just having some fun when he made the drawings, they caught on quickly and once they go online, people share them with wild abandon.

“I thought a few people might get a kick out of them, but I never expected them to blow up the way they did,” Cartner said. 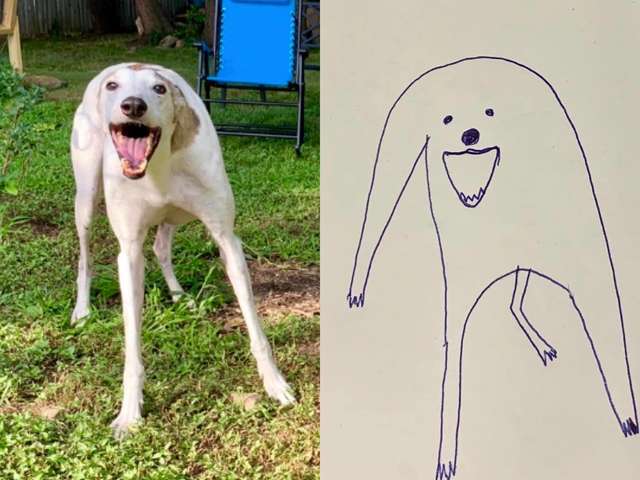 The drawings are simple but hilarious. 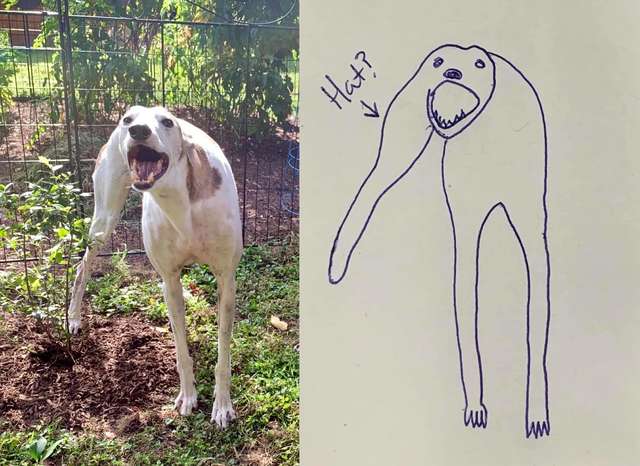 They do a great job of capturing Stanley and all of his goofy characteristics.

Stanley has not allowed his Internet fame to go to his head. He still continues to be an enjoyable, adorable family pet. Let’s hope that the pictures keep coming because now we are hooked.

Kaley Cuoco Heartbroken Over Loss of Beloved Pit Bull, Norman: 'You Will Always Have My Heart': Click “Next” below!