The Florence Fire Department’s water rescue team worked tirelessly to save a man and his dog from a flash flood this past weekend in Colorado.

The man’s car was parked on a dry creek bed off of Phantom Canyon road, and the bed quickly became flooded when he least expected it.

When the water started rushing into the creek, Petey the dog and his owner quickly jumped into their truck. They waited there for help to arrive, as the rapids crashed along their truck. The truck was so deep in the water, that the water was almost up to its windows. 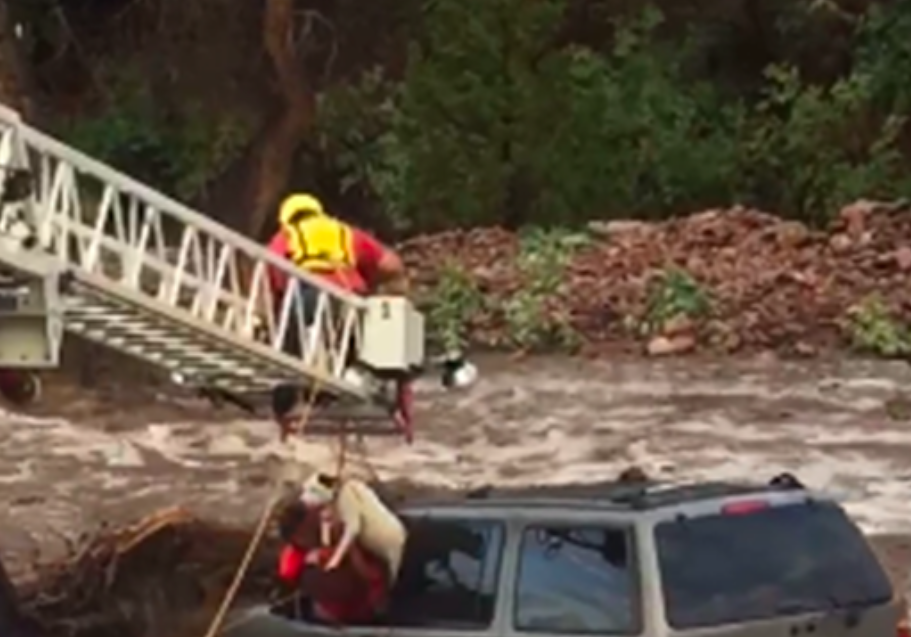 The rescue team extended a ladder a few feet above the current so that they could pull Petey and his owner out of their truck. The man was standing on the roof of his truck, and was able to get Petey up onto the ladder first so that rescuers could grab him. He then pulled himself out after with the help of the rescuers.

The rescue took over ten minutes and every passing second was terrifying. It was a very dangerous situation, but thankfully it had a happy ending. Petey and his owner even took a photo with one of their rescuers once they were safe. 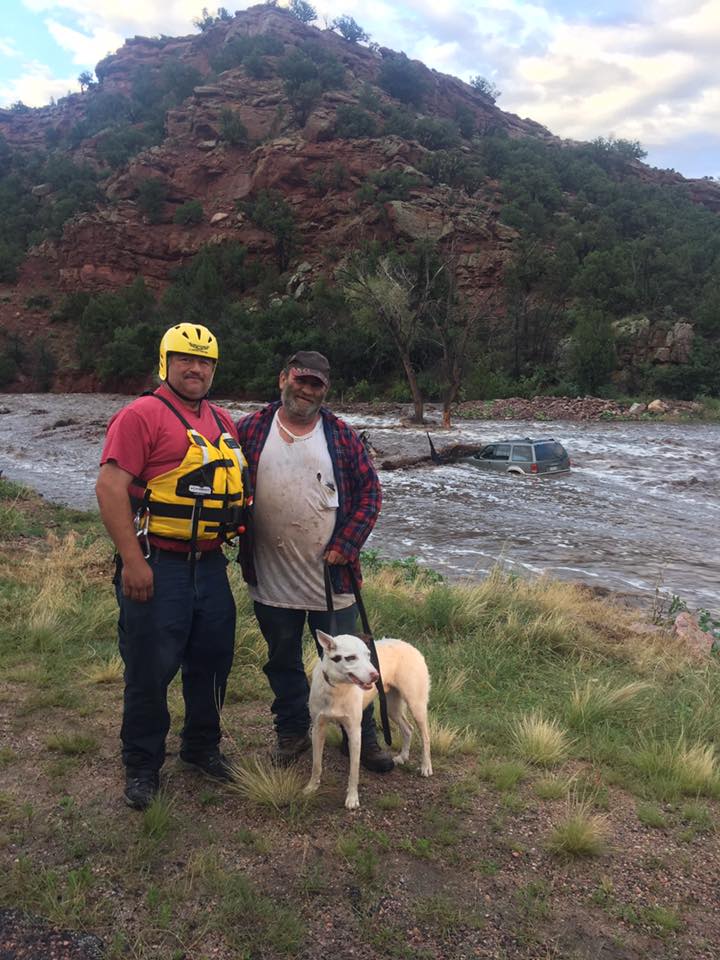 The Fremont County Sheriff’s Office posted the video of the dramatic rescue on their Facebook page. Sergeant Megan Richards wants the video to remind people how dangerous it can be to park on creek beds.

Watch the rescue for yourself in the video below: