The Sacramento Fire Department is getting some expert assistance from an inspector who knows how to use his nose.

The four-legged firedog goes by the name “Flash,” and is providing the department with valuable information as an accelerant detection canine.

According to Fox40, the 2-year-old pointer pit bull mix was rescued from a shelter in Walnut Creek, closer to the Bay Area, before being relocated to the capital city, where he’s one of 2 similarly trained dogs in Northern California.

“This is the first of its kind when it comes to odor detection related to accelerants,” Sacramento Fire Department K-9 handler Sharon McIntyre told the station. 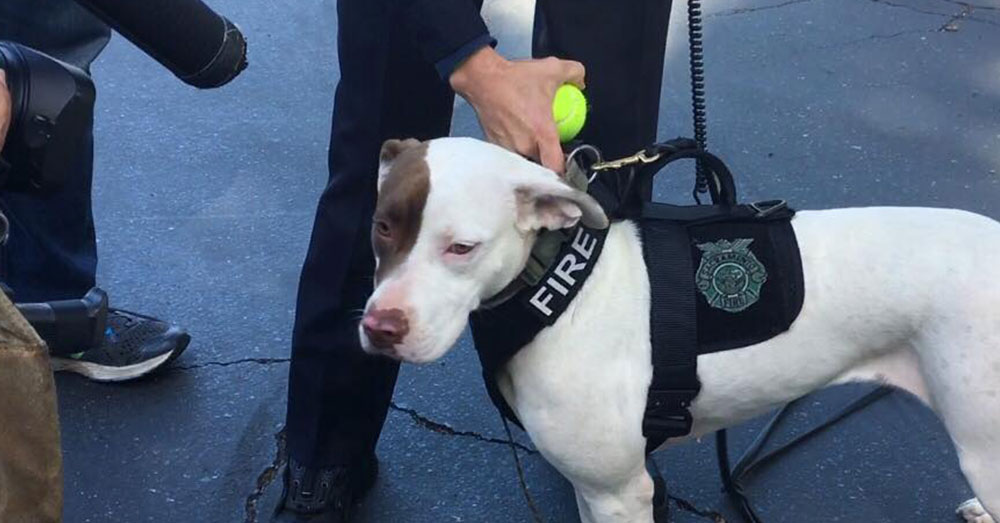 The trick to training dogs to sniff for accelerants is to make it fun, McIntyre said. It’s not work if it feels like play, and when Flash does the job well, that’s just what he gets.

Fires can start from a number of accelerants, and with is uncanny olfactory, Flash can detect at least 16 of them.

“Diesel fuel, lighter fluid, anything you would typically use to start a fire she’s gonna be able to pick up on,” McIntyre said. 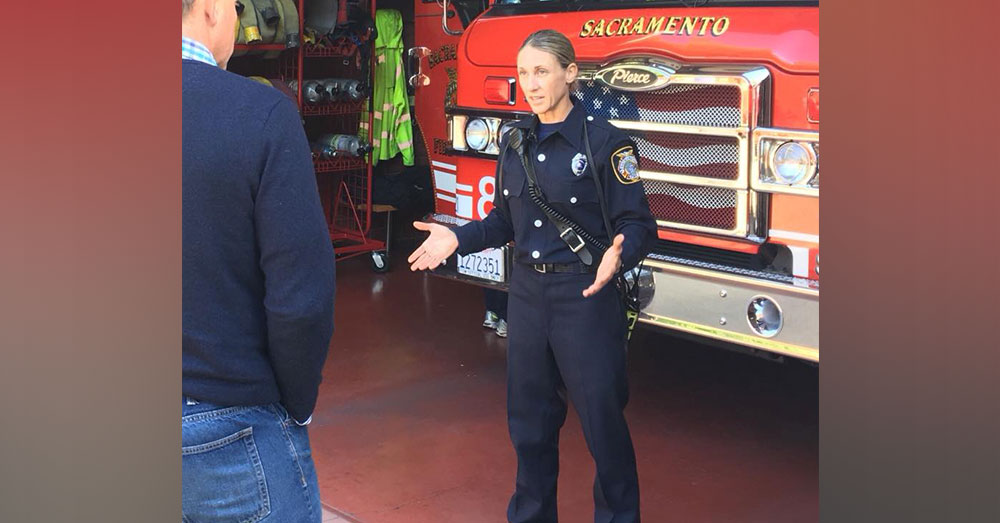 Anything less doesn’t make the cut.

“A dog and handler are involved, either through proficiency testing or working a scene, in over a hundred trials per day,” the USFA site states. “Detailed training records must be kept, and the records are critical in the courtroom. In addition to daily training, the ADC is certified annually.” 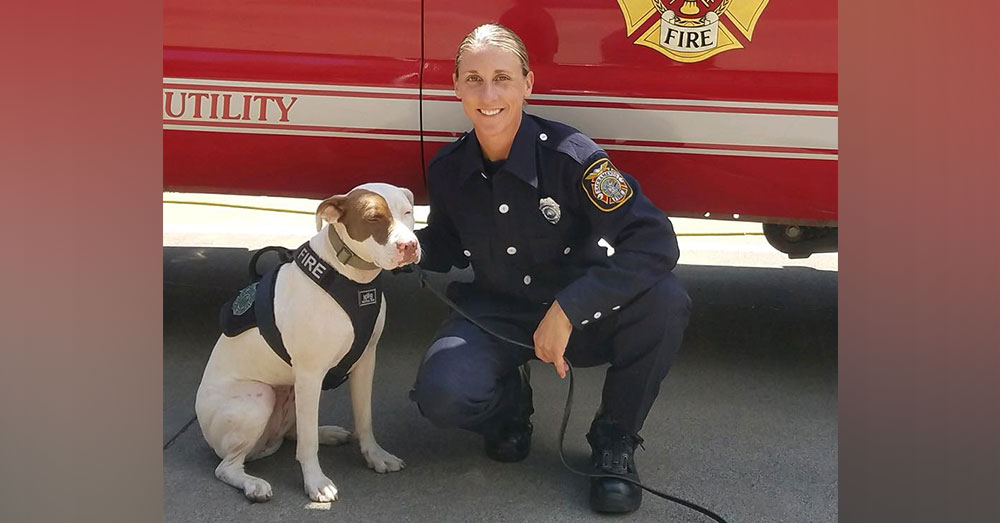 Source: Facebook/Sacramento Fire Department
Flash and McIntyre work together to make sure his certification is up to date.

Flash is, of course, qualified to do the job. As the Sacramento Fire Department posted on Facebook, “Flash was trained by Dave Dorn from K9STAC and Post Certified in the detection of 16 accelerants burned and unburned for a total of 32 odors

And McIntyre is set on keeping his nose in shape. She tests him on different accelerants regularly. Given a large parking lot to search, Flash is able to locate any possible fire starters within a minute.

He’s got a real zeal for the job, too.

“Full of energy and a little bit crazy sometimes but all of that is definitely advantageous for us when it comes to her staying on task and doing what she has to do,” McIntyre said. 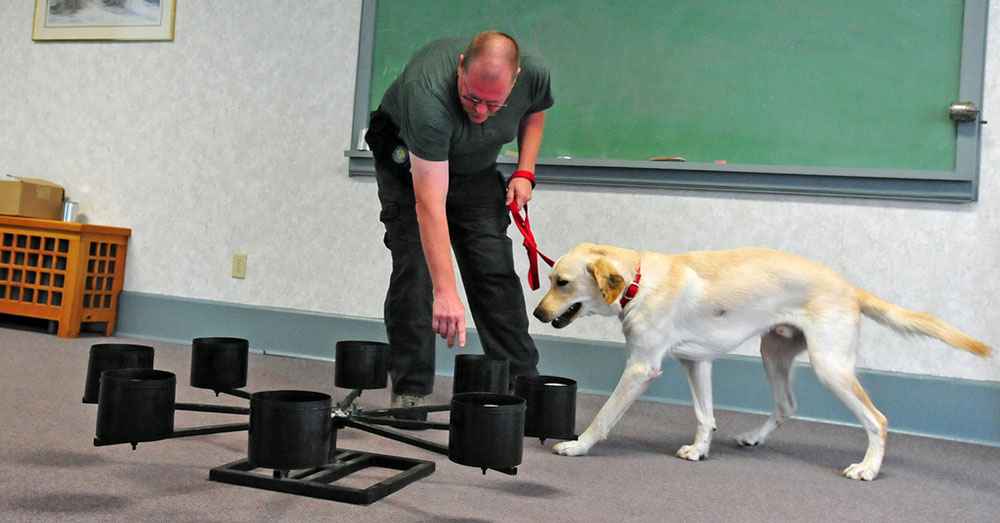 “Unlike hydrocarbon detection machines, canines can differentiate between actual accelerants and similar odors, which are normally present at a fire scene,” the department wrote. “Canines can shorten the amount of time an investigator spends looking for accelerant patterns and can lessen the number of samples the investigator needs to collect to send to a laboratory for analysis, saving valuable time and money.” 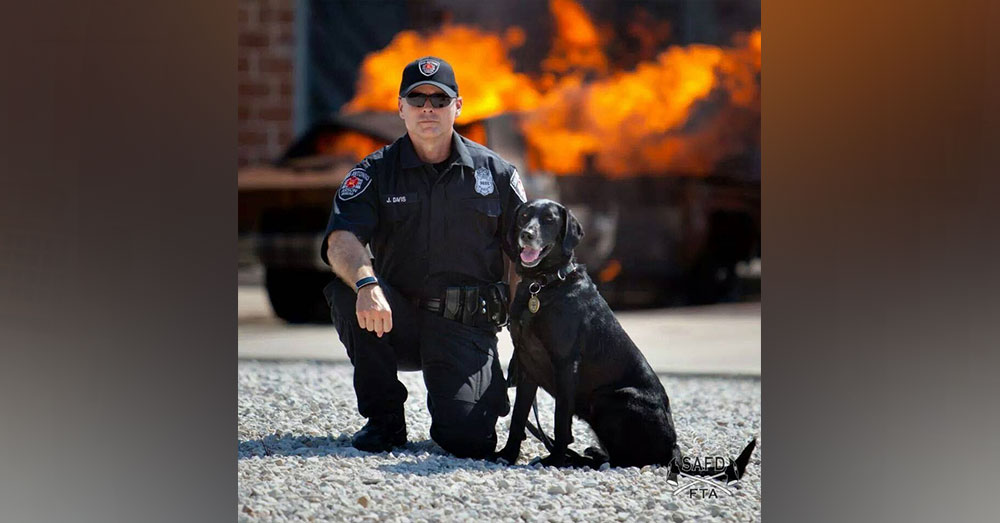 Source: flickr/State Farm
Not every dog passes the fire accelerant certification test. Those that do are truly skilled!

Dogs like Flash have up to 300 million olfactory receptors in their noses, while most humans max out at 6 million.

“And the part of a dog’s brain that is devoted to analyzing smells is, proportionally speaking, 40 times greater than ours,” the post continued. “Most electronic hydrocarbon detectors detect in parts per million a K9’s nose can detect in parts per trillion. So ‘paws down’ these K9s skills are a must-have addition providing the best possible chance of solving one of the most difficult crimes to prove.”

Flash is helping California fight fire crime with a nose as wise as it is wet, and doing his job well. Hooray for Flash!