Dogs view their families as their pack and they would never abandon them. Sadly, not all humans view their dogs the same.

A heartless man pulled up to Redlands Animal Shelter in the middle of the night but didn’t realize his callous act would be captured on the shelter’s security camera. 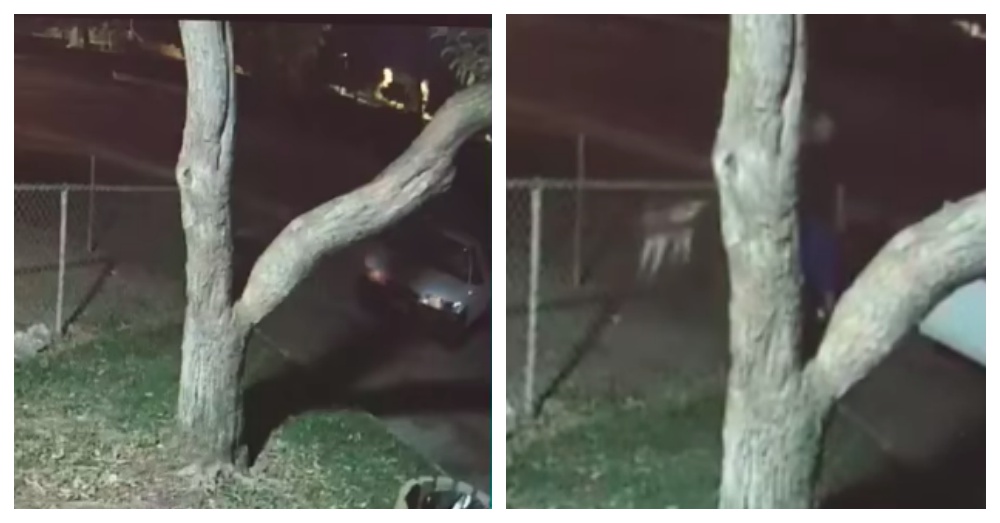 A white car pulled into the parking lot and immediately the driver turned off the lights. A man exited the passenger side of the car carrying a small dog and headed to the fenced-in area of the shelter. He proceeded by hurling the dog over the fence. The little dog landed on its head and after a moment of shock regained its footing. 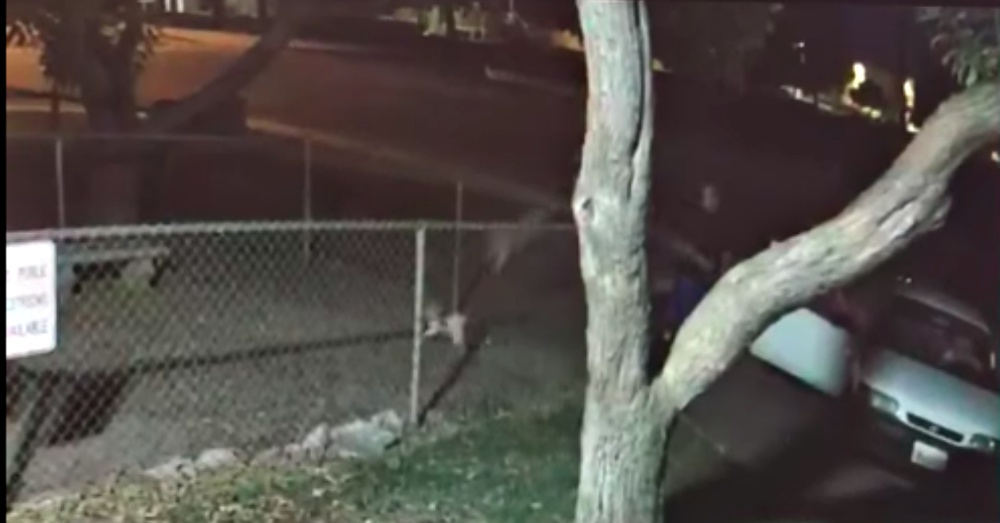 The man returned to the vehicle to get another dog and tossed that one over the fence in the same careless manner as the first. After he flung the fourth dog over the fence, he returned from the car carrying a crate. 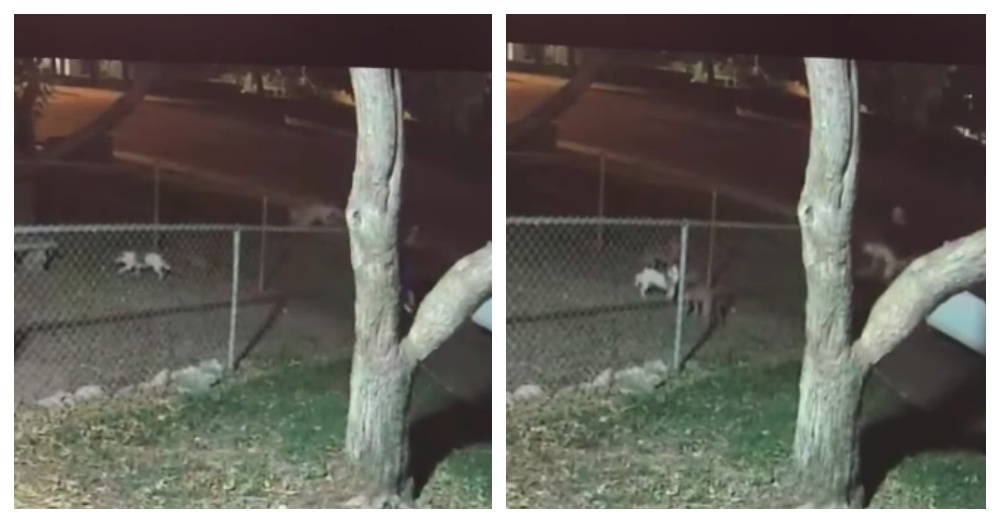 He opened the door to the crate and held it upside down over the fence, dropping the fifth dog to the ground. After which, he returned back to the car and it sped off into the night. 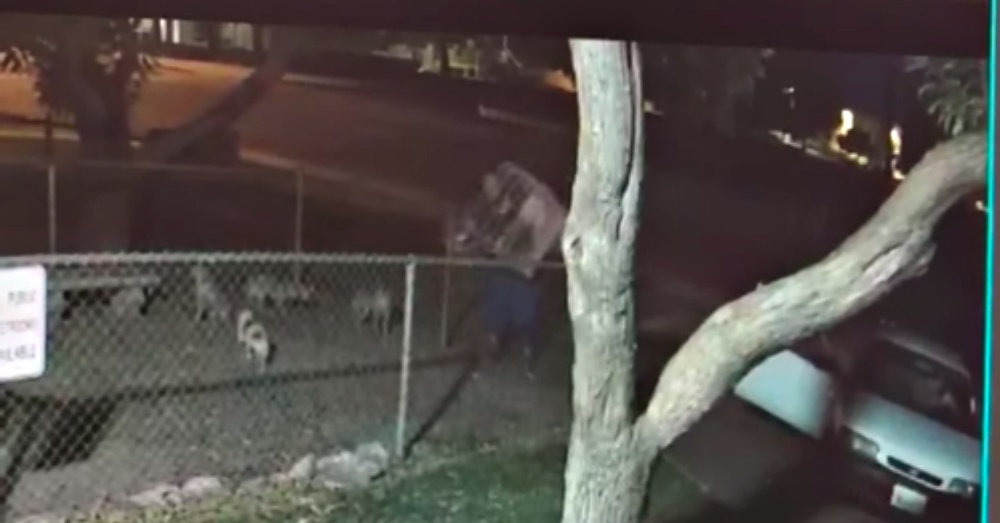 In the morning, staff arrived to find the small dogs and miraculously none were harmed from their falls. All seem to be terrier mixes and extremely skittish. They need time to learn that not all humans are bad and they can trust them to love and care for them. Once they are ready for adoption, the shelter will make sure all find loving homes. 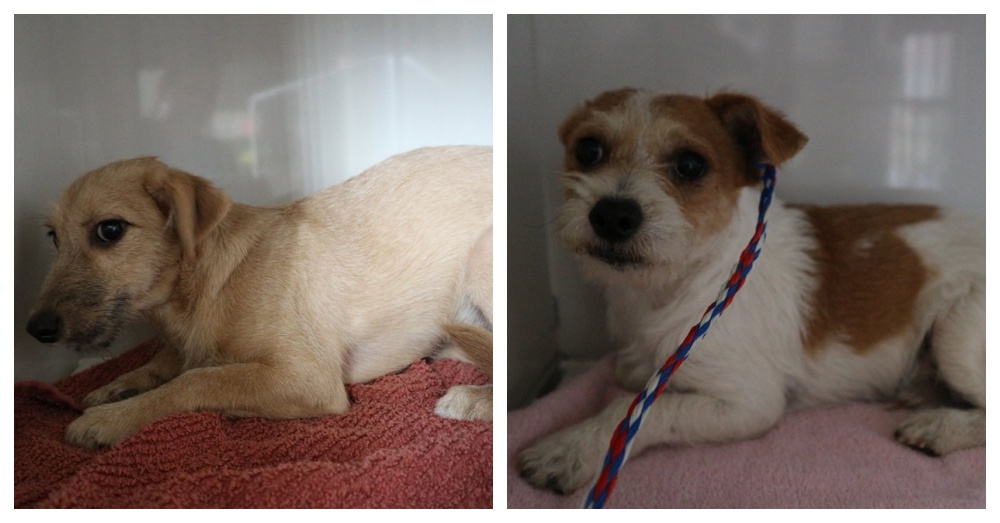 The Redlands Police Department (RPD) has released the surveillance footage in hopes that someone will recognize the unidentified man. 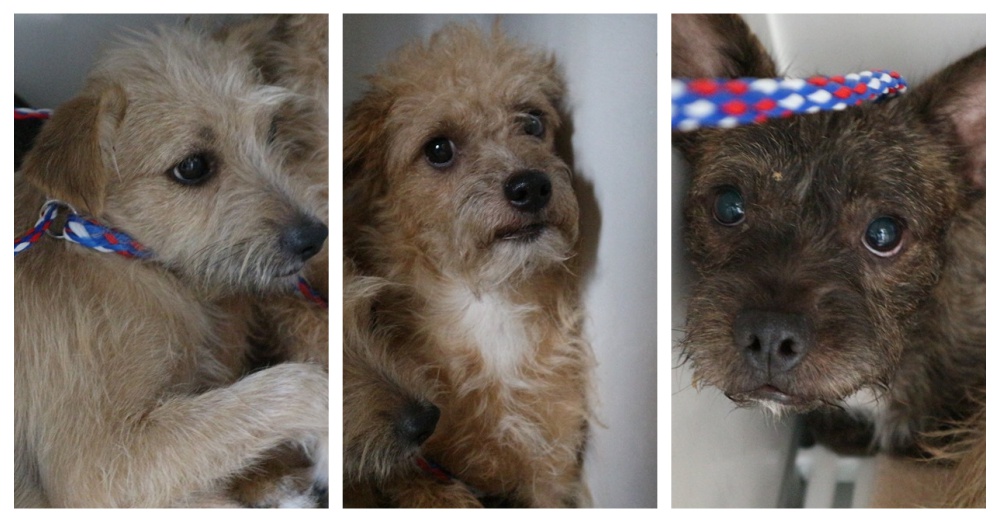 RPD posted, “RPD is asking for assistance in identifying the subject(s) seen in the attached video dumping five dogs in the middle of the night in the cage outside the Redlands Animal Shelter. Although RPD appreciates the subject “dumping” the dogs at the shelter instead of simply abandoning them on the street, RPD would like to speak to the individual as it still is a crime to leave them at the shelter in this manner.”

Watch the security footage in the video below. Anyone with information is asked to contact Redlands Police Department at (909)798-7681, ext 1.