The common saying “don’t judge a book by its cover” applies to this heartwarming story about a shelter cat who was finally given a second chance based on his personality and not his illness.

Tyson arrived at The Helen O. Krause Animal Foundation, a no-kill animal shelter in Pennsylvania, as a stray cat six years ago. 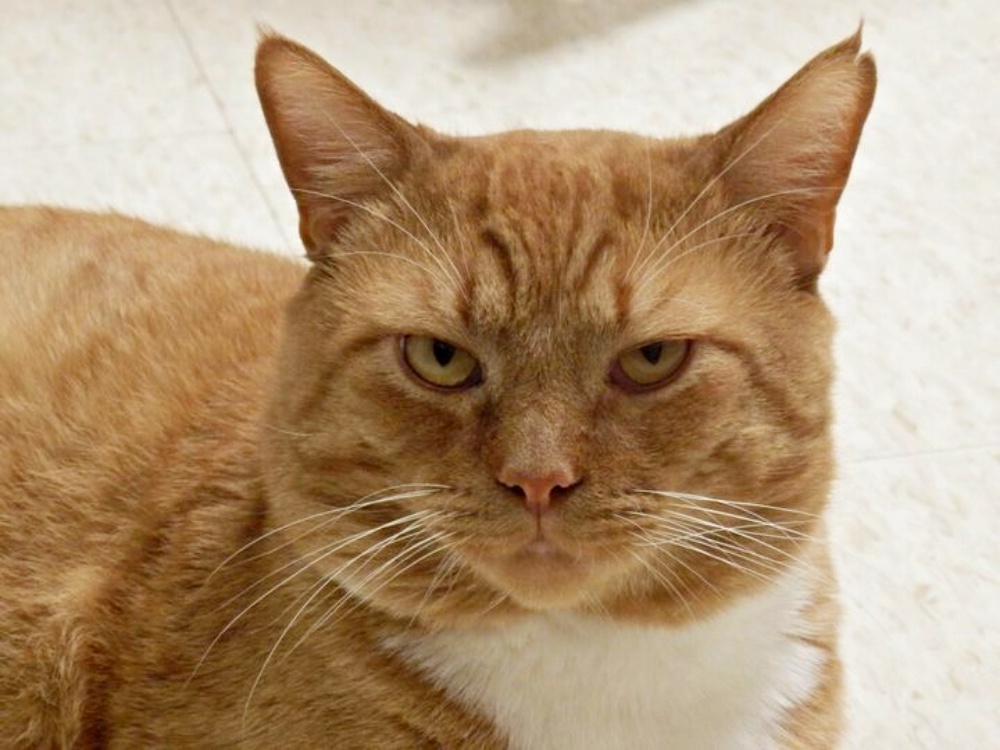 He was just two years old at the time and sweet as could be. As is protocol at the shelter, he was examined and tested for infectious diseases. He tested positive for Feline immunodeficiency virus (FIV) and was placed in a room with other FIV-positive cats.

FIV-positive cats are often overlooked by adopters as shelters usually suggest they are the only cat and people worry about the medical expense. 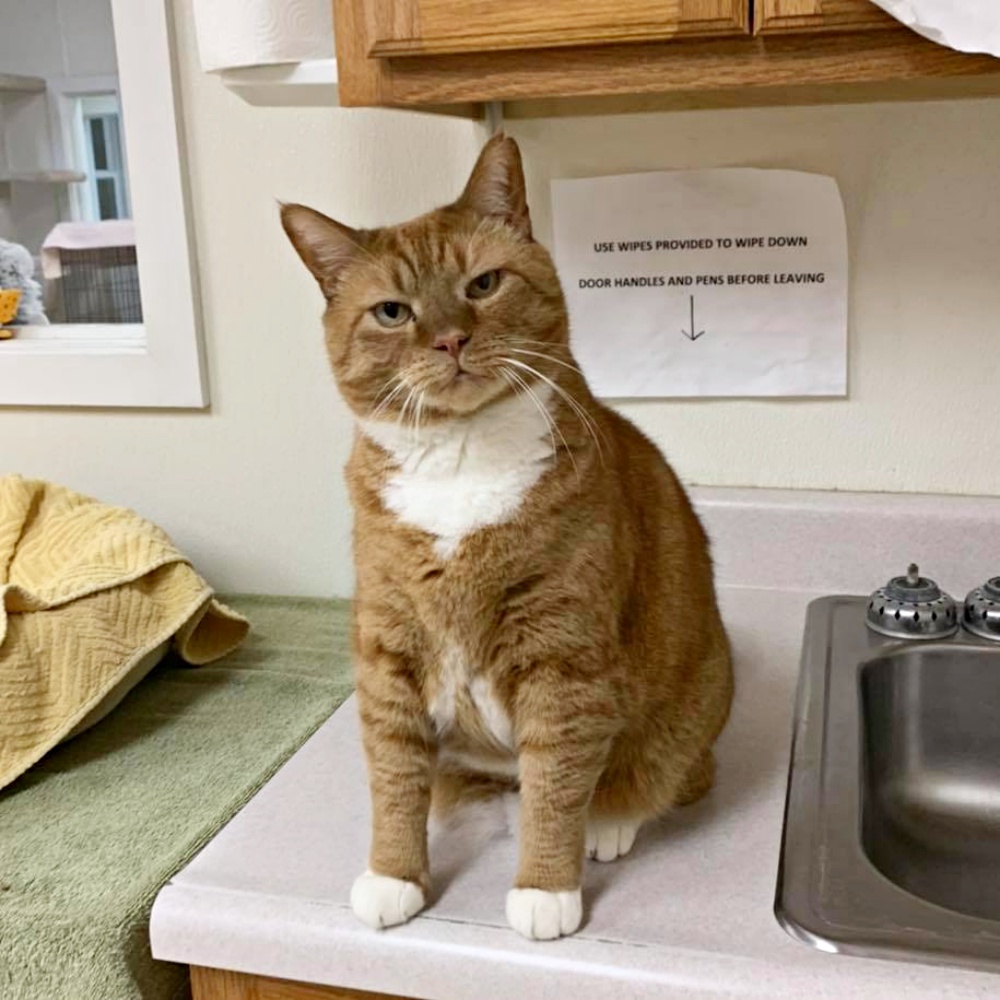 FIV attacks the cat’s immune system and makes them more vulnerable to other infections. But with proper care, many live normal healthy lives.

Tyson was loved by everyone who met him and quickly became a favorite at the shelter. He patiently waited for someone to look past his FIV and see the loving feline he was.

His patience paid off.

Janelle and Zach James were casually browsing Petfinder, deciding whether or not they were ready to adopt a cat, when they came across Tyson’s picture and profile. 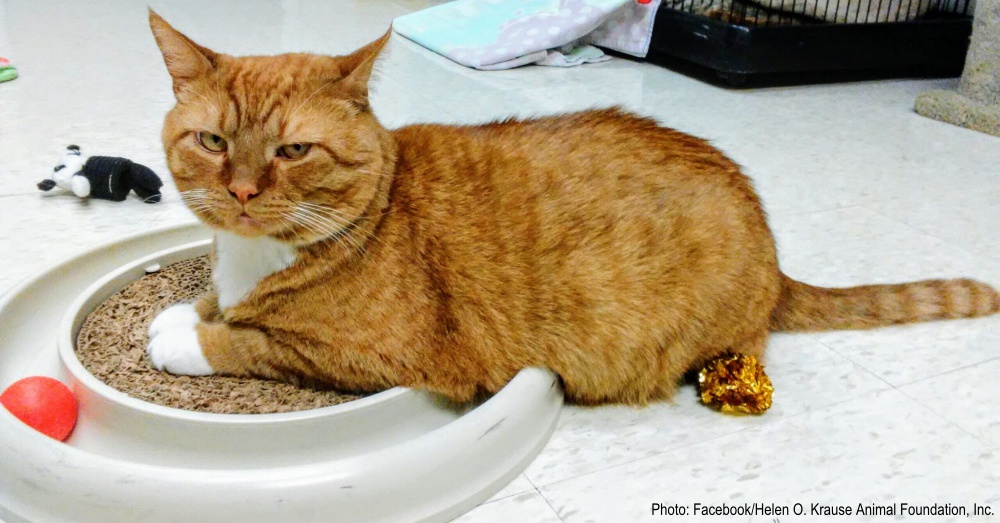 They knew right away he was the cat for them.

The couple adopted the 8-year-old orange and white tabby, but not before researching what to do to help make his transition into his new home as easy as possible.

The shelter manager, Alex Holden, informed the couple that Tyson might take some time adjusting to his new environment. But the ginger cat was so relieved to finally have found his people that no adjustment time was needed.

“We let him out of the carrier, and he is just all over us. He was just a purring machine, rubbing up against us, and we laughed because he was even purring while he was using his litter box and drinking water. I think he knew that he was home and was just so happy,” James told York Daily Record. 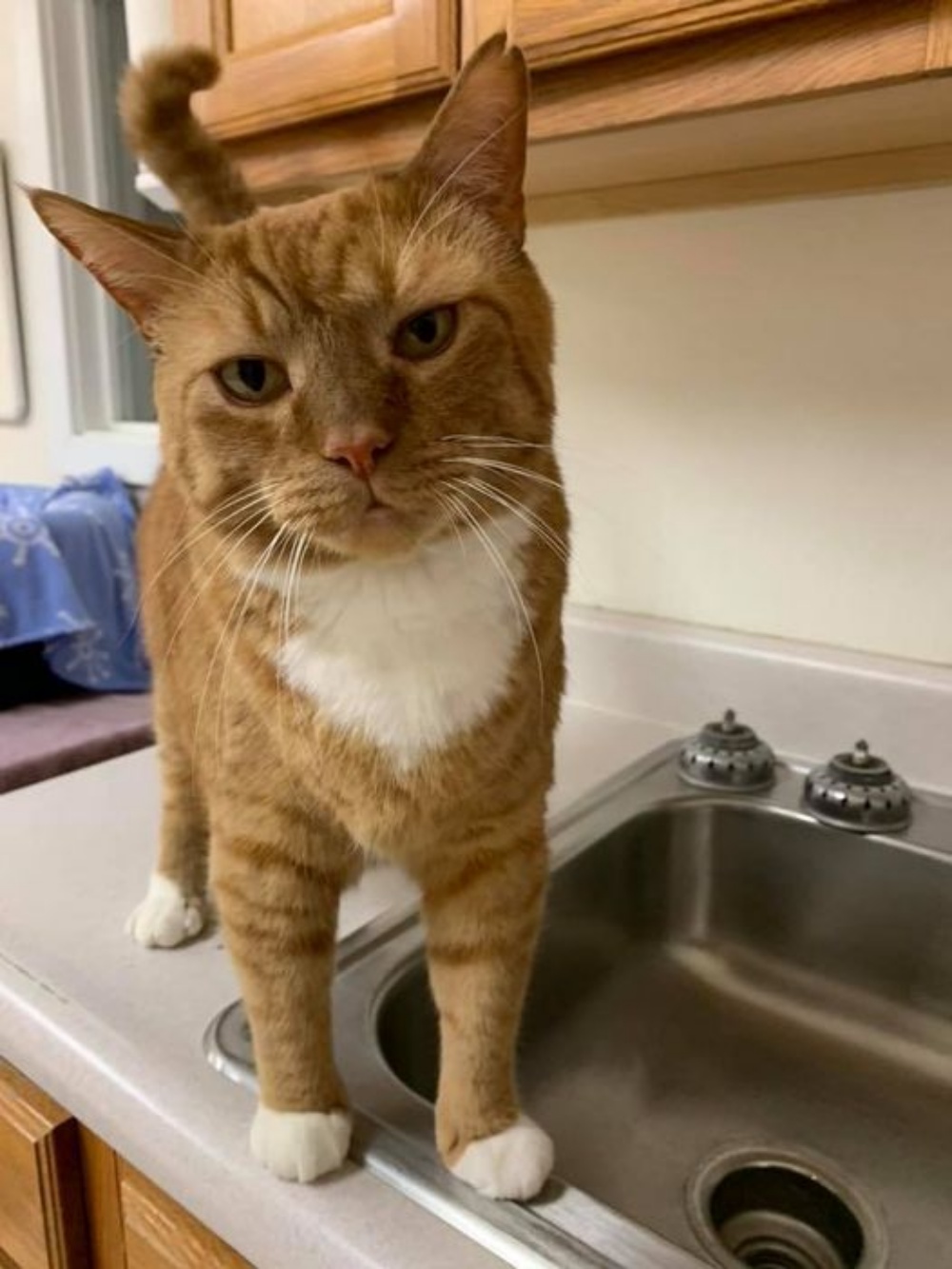 Tyson is asymptomatic, meaning he isn’t showing any signs of illness, but his new family plans to have him examined twice a year by a vet to stay ahead of the illness.

Shelter staff and volunteers are thrilled Tyson has finally found his forever home, but “will miss him dearly.”

Holden hopes other people will consider adopting FIV-positive cats. “It’s sad that a lot of FIV cats are not looked at by people because they can be some of the sweetest cats.”