Do you remember your first dog? Was it friendly? Energetic? Italian?

An archaeological excavation in southern Italy has uncovered what researchers believe is the oldest known specimen of a domesticated dog. The animal’s remains are estimated to be somewhere between 14,000 and 20,000 years old, the Daily Mail reports. That makes it the oldest domesticated dog in Europe by far, and possibly the oldest proof of pet dogs in the world.

Researchers from the University of Siena in Italy believe that this animal existed just as humans were beginning to domesticate wild wolves as pets. The proximity of the remains to known human settlements indicates that the wolves may have grown closer to humans out of necessity. As food became scarce, some wolves might have learned that they would find food around these settlements, eventually becoming the first hunting dogs and pets. 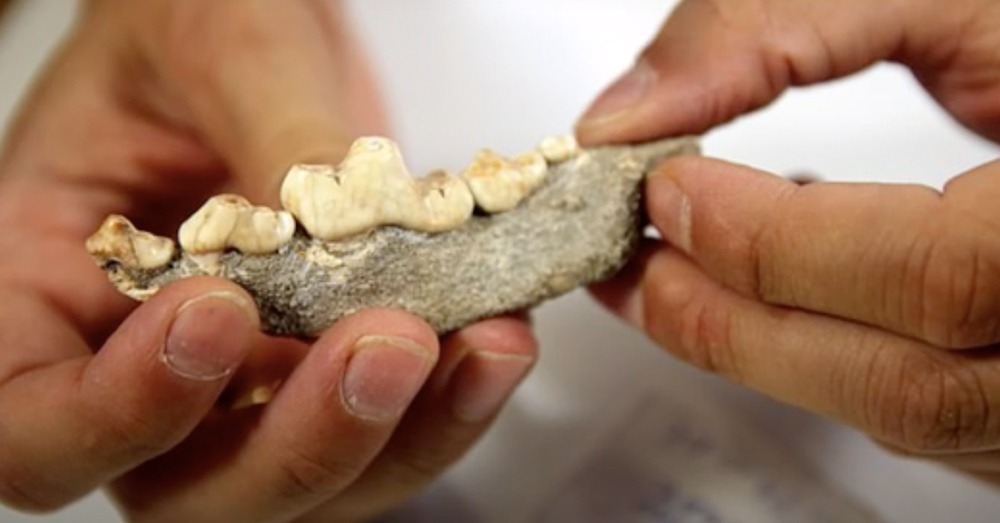 Scientific research indicates that dogs and wolves first became differentiated somewhere between 20,000 and 30,000 years ago. It’s possible that events like these, with wolves working alongside humans, led to this schism.

“We believe that in the first stage of the domestication process it is always like that – domesticated animals are always smaller than wild ones,’ said Dr. Francesco Boschin, who led the research team investigating the remains. “This is true for all mammals. In the case of dogs, we consider them to be pets, and this is the first evidence: Their smaller size.” 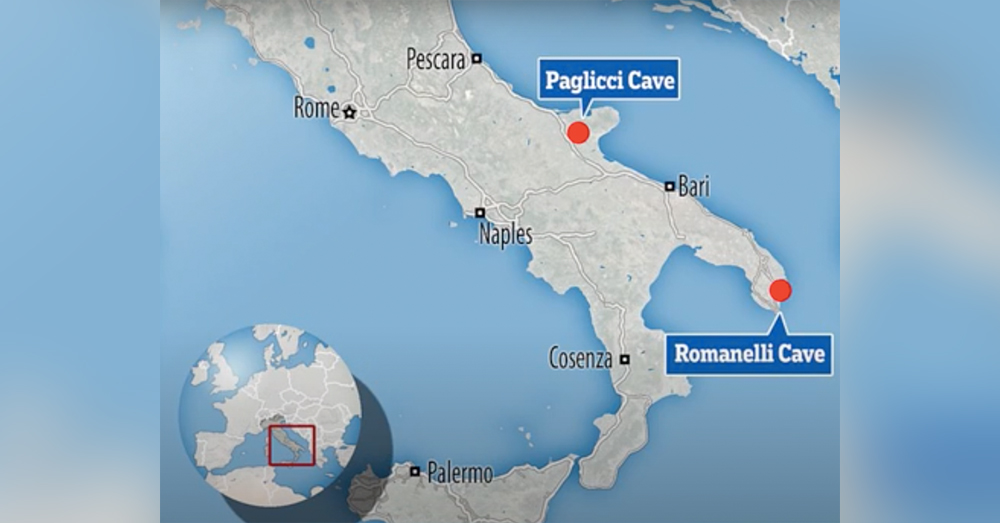 Source: YouTube/viral world
The bones were discovered in caves in southern Italy.

The remains were found in the Paglicci Cave and the Romanelli Cave, both Paleolithic caves occupied by humans during the Ice Age, between 40,000 and 14,000 years ago.

“In this period of serious crisis, the wolf, a social predator in some way similar to man, found a new way to ensure survival: taking advantage of a new niche, eating the leftovers from human settlements,” Boschin said.
Boschin and his team published their findings in Scientific Reports. 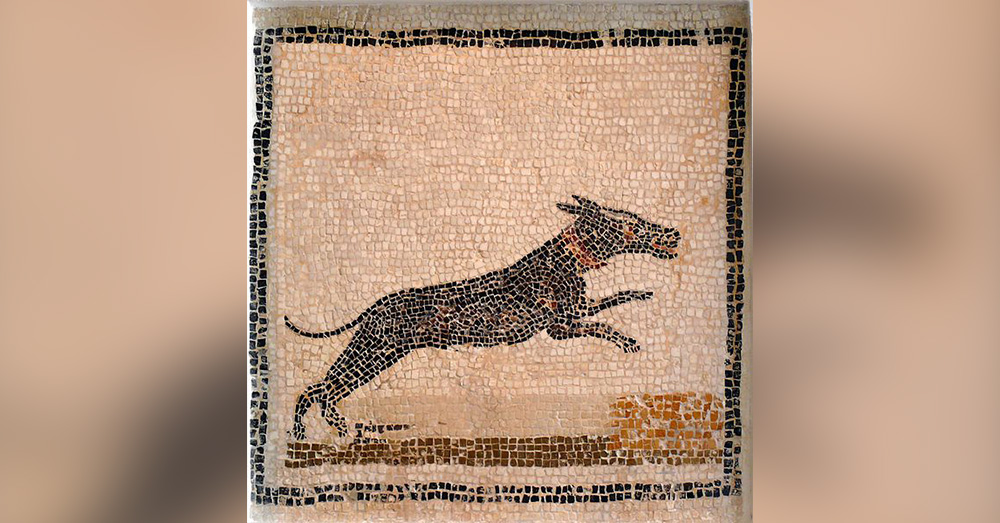 Source: Wikimedia Commons
This mosaic of a dog from the second century was created about 18,000 years after the animals found in Italy had passed away.

“Our combined molecular and morphological analyses of fossil canid remains from the sites of Grotta Paglicci and Grotta Romanelli, in southern Italy, attest of the presence of dogs at least 14,000 calibrated years before present,” the study reports. “This unambiguously documents one of the earliest occurrence of domesticates in the Upper Palaeolithic of Europe and in the Mediterranean.”

Boschin and his researchers are still working on narrowing in on the exact age of the remains, but believe they are close to 20,000 years old. 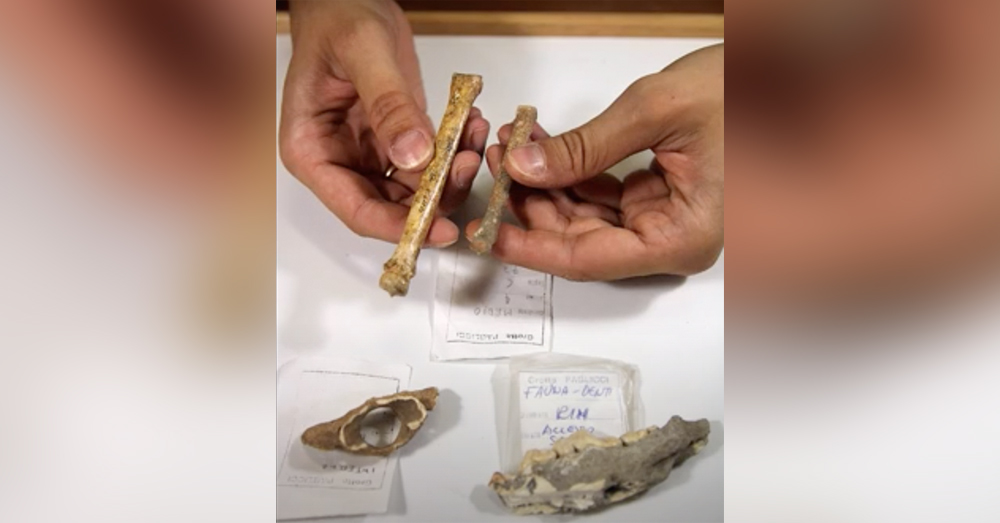 Source: YouTube/viral world
The bones of the ancient wolves, compared to those from present day.