Officials have issued stay-at-home orders and told people to practice social distancing, keeping at least six feet apart, to help reduce the spread of the virus. With so much uncertainty about the novel coronavirus, people initially were afraid that they could become infected by their pets, but the Centers for Disease Control and Prevention (CDC) reassured people that pets cannot infect humans.

However, humans can infect their beloved pets with the coronavirus. Two domestic cats in New York became infected by their owners and several big cats at the Bronx Zoo tested positive for COVID-19 due to an infected zookeeper.

Felines seemed to be susceptible to the virus, but apparently so are dogs. Winston, a pug that loves to sleep in bed with his family and lick their plates, is the first US dog to test positive for COVID-19. 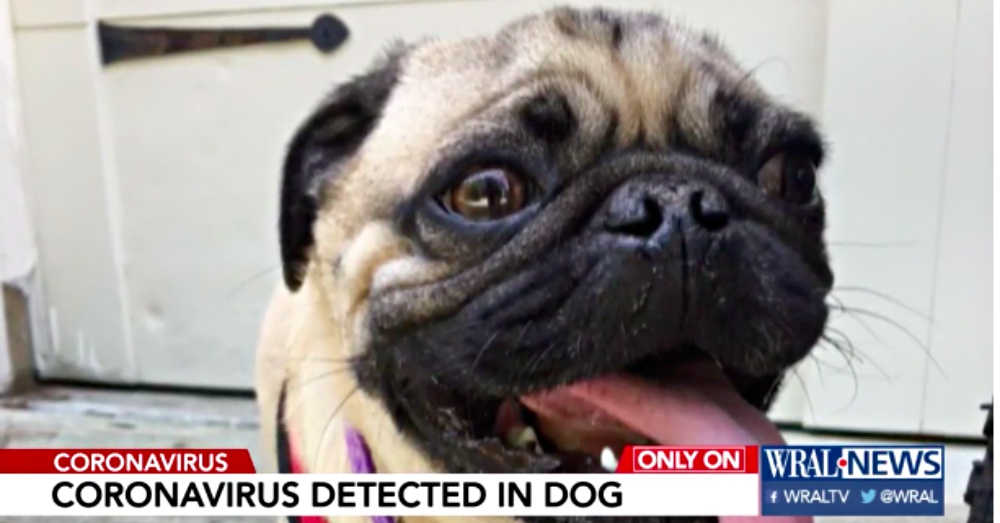 The McLean family lives in Chapel Hill, North Carolina, with their beloved pets and recently took part in the Molecular and Epidemiological Study of Suspected Infection (MESSI) at Duke University. Researchers came to the family’s home and used swabs to test Heather, her husband Samuel, their son and daughter, and their two dogs and cat.

Heather, Samuel, their son, and Winston all tested positive for coronavirus, but were not showing serious symptoms. Their other dog, cat, and daughter were all negative. It is believed that Winston became infected after licking the plates of ill family members and sharing a bed with them. 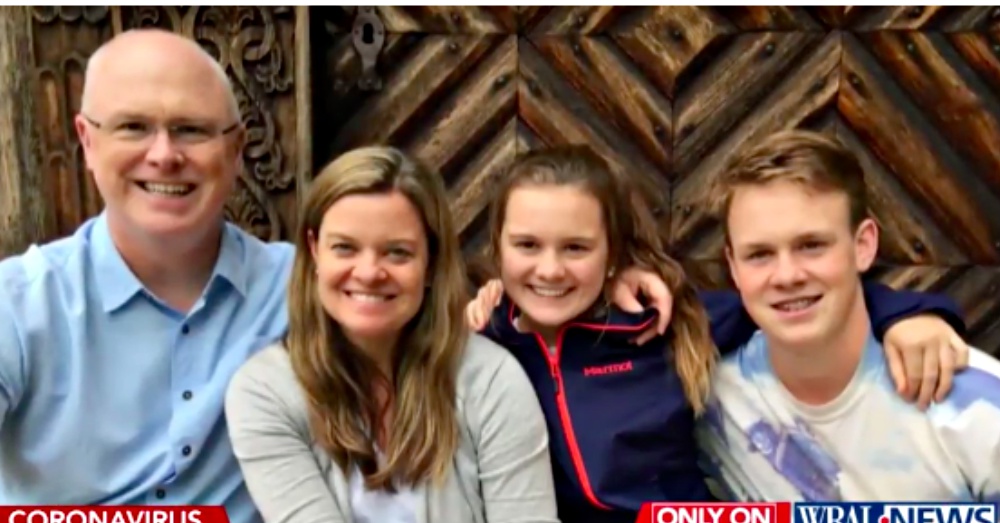 Heather, a pediatrician at Duke, told WRAL, “Pugs are a little unusual in that they cough and sneeze in a very strange way. So it almost seems like he was gagging, and there was one day when he didn’t want to eat his breakfast, and if you know pugs you know they love to eat, so that seemed very unusual.” 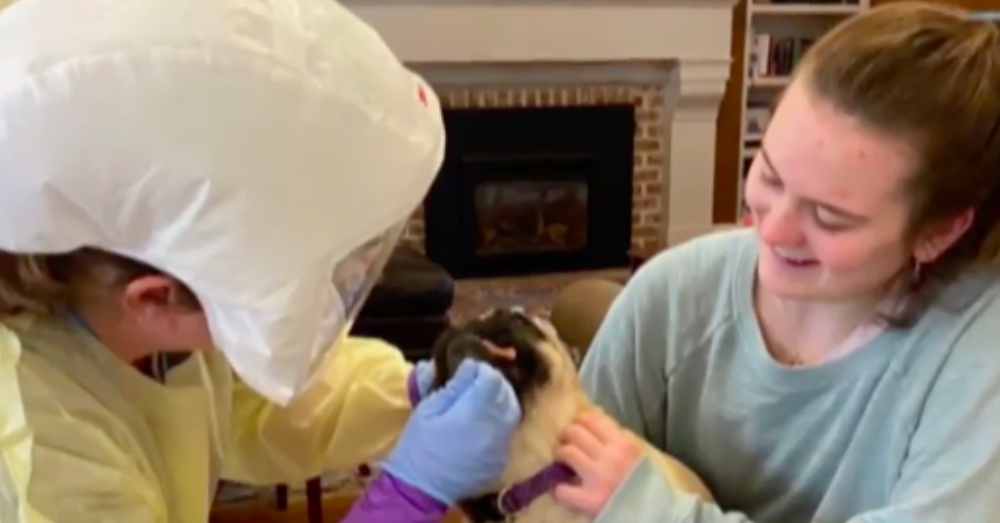 Her son, Ben, was not surprised that Winston tested positive. “(The dog) licks all of our dinner plates and sleeps in my mom’s bed, and we’re the ones who put our faces into his face. So, it makes sense that he got (coronavirus).”

Winston only showed mild symptoms for a few days and is already feeling much better. “We have all recovered,” stated Heather. She hopes the families involvement in the study helps shed light on the virus. “Hopefully we’ll learn more through the research study, and I think because there’s not a lot of studies and sampling pets, we just don’t know yet. My advice is just not to get too worried about it.” 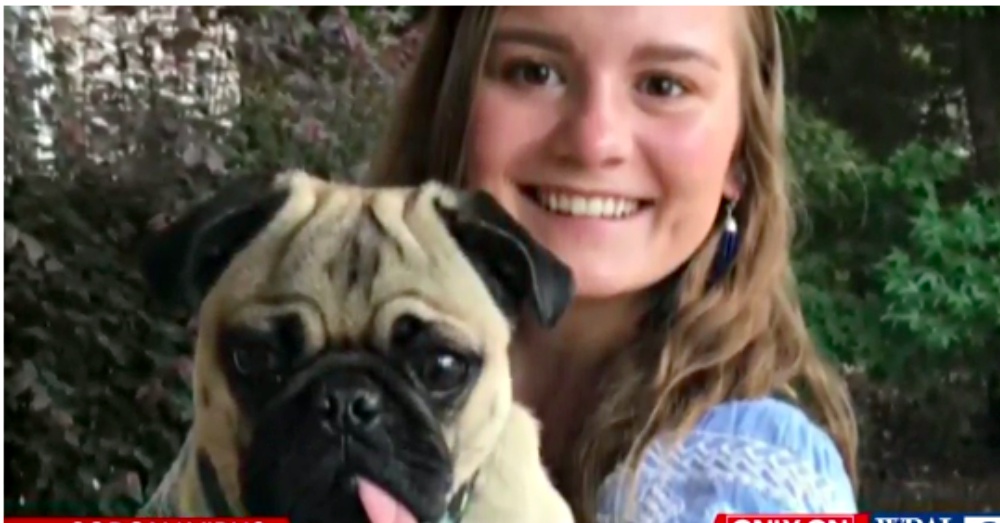 The CDC just released new pandemic safety guidelines for pets, which include keeping ill family members away from pets. While it may be hard to be apart from our furry companions, it is for their safety and well-being.