Two Dogs Nearly Died After Being Exposed To Toxic Plant

Succulents are common plants for the garden and home because they are low maintenance and come in an array of shapes and colors. However, some are toxic and can cause more harm than good. One woman was devastated after one of the plants in her yard chemically burned one dog and left the other dog seriously ill.

Amy Kat arrived home to find her two beloved dogs seriously ill. Remi (a young great Dane mix) and Koopa (a Maltipoo) were lying on the ground surrounded by vomit. “I noticed Remi had sap on his fur, when I wiped it off his skin rolled off with it,” Kat told NBC San Diego. Terrified, she immediately brought the dogs to an emergency clinic. 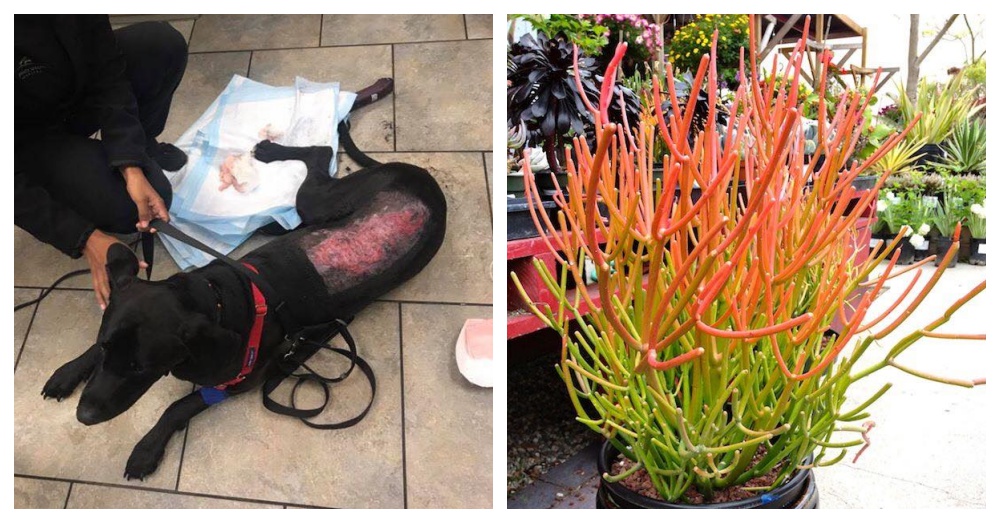 Hart Nursery posted on their Facebook page, “This pet was chemically burned on 30% of his body by a plant! Yes a plant. This is what is called “Firestick succulent”. When a piece is broken off the milky substance is extremely acidic and toxic to humans, dogs, and cats. The smaller sibling ingested it and is also ill with serious vomiting and lethargy.” 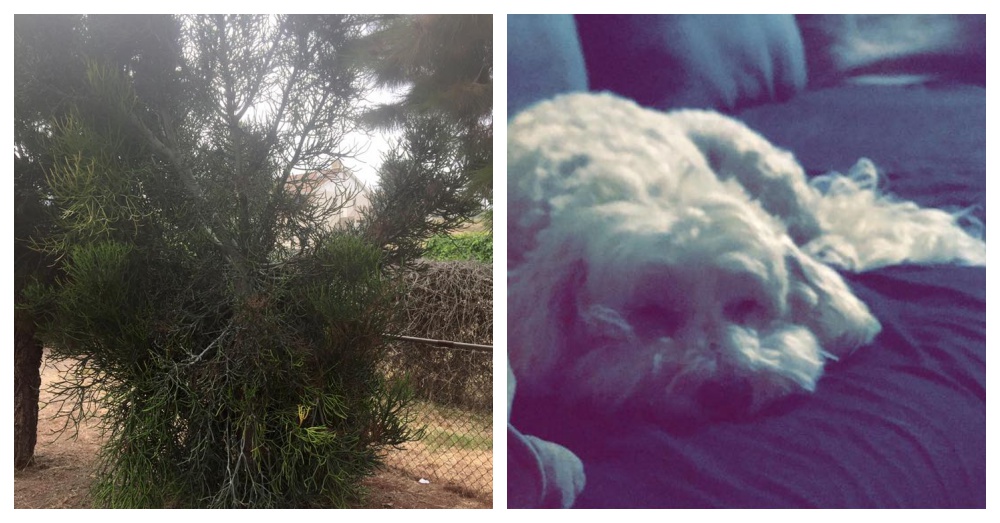 The vet informed Kat that the dogs were reacting to the toxic sap of a succulent plant. The culprit was an alluring plant known as Euphorbia tirucalli ‘Sticks on Fire’ or pencil cactus. The toxic white sap lives in the fragile branches that are easily broken off. The nursery posted, “In fact all Euphorbia plants are poisonous. WARNING!!!!.” 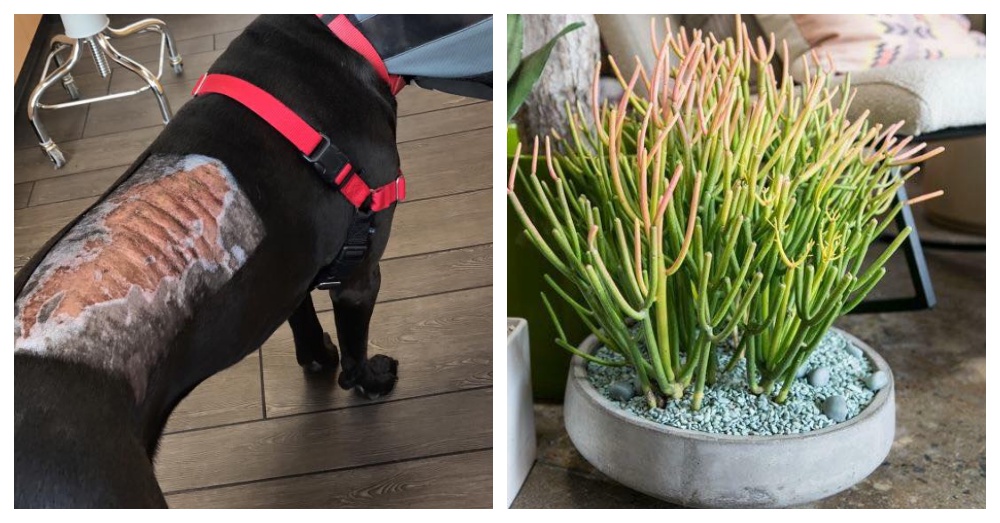 Kat just moved into the home two weeks prior to the incident and said she was not aware of the dangerous plant. She said, “I checked for typical pointy plants and things that might hurt them, but I had no idea that pencil cactus could make them sick. I almost lost both my boys in one night.” She immediately removed all of the toxic plant from her yard. Both dogs survived the frightening ordeal because their mother said, “They have such an unbreakable spirit.”

Be sure to check your garden and home for toxic plants. The American Society for the Prevention of Cruelty to Animals has a list of toxic and non-toxic plants for animals. Refer to this list and ask your local nursery before you purchase a plant.